Racing duo of Fox, Howell called up for USWNT training

It's the first time multiple players will represent the club at an international camp. 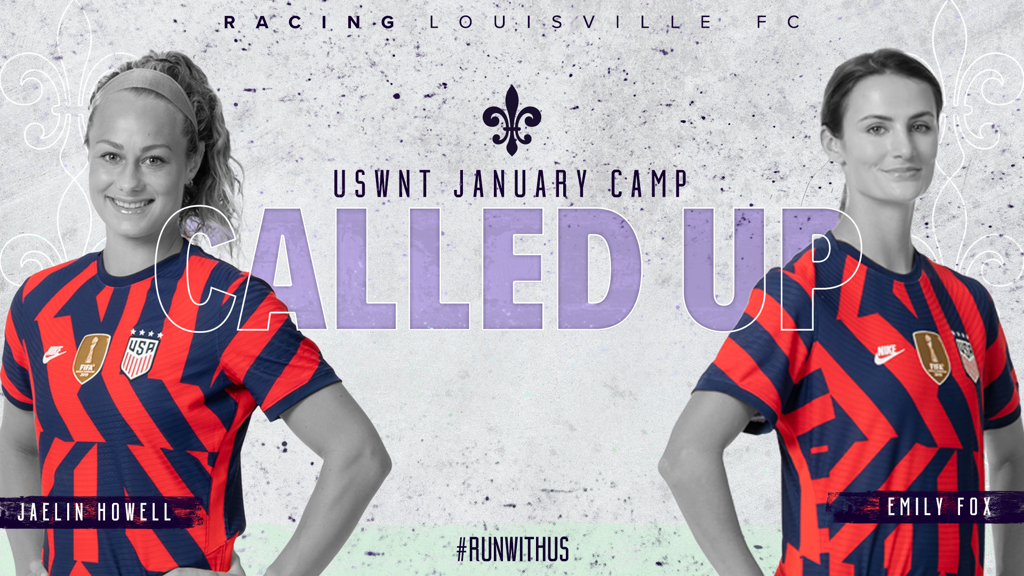 This marks the first time in Racing’s short history that two players expected to be on its NWSL roster will join the same senior national team for a camp. While no competitions are scheduled for the USWNT during the window, training starts Jan. 19 in Austin, Texas, where the Americans will begin preparing for a busy year of international games.

That includes next month’s SheBelieves Cup. The round robin tournament will also include the Czech Republic, New Zealand and Iceland in Carson, Calif., and Frisco, Texas.

The United States is looking to win the event for a sixth time.This summer, the USWNT will begin qualifying for the 2023 FIFA Women’s World Cup in Australia and New Zealand. The 2022 Concacaf W Championship takes place in July to determine four teams earning automatic bids, plus could also cement the U.S. a spot in the 2024 Olympics in Paris.

“Without any matches that we need to taper for, we can get in some more intense trainings and full-field scrimmages, which is great as we need to give this group as many chances as possible to play together in a National Team environment,” Andonovski said. “We understand that some of the players are coming off a break, so we’ll keep that in mind as we hit the ground running in 2022 for what will be a very important year for these players and our team.”

Fox, whose 1,856 minutes played were the most of any NWSL rookie last year, appeared in 23 of 24 regular season games and landed a spot on the league’s Best XI Second Team. The outside back also received three call ups in 2021, culminating with a Player of the Match performance against Australia in the USWNT’s final game of the year.

Fox has totaled eight USWNT caps across her career.

Howell, whose NWSL playing rights were selected second overall in last month’s draft, also recently captained Florida State to its second national championship in her four years there. She has twice won the MAC Hermann Trophy for Division I player of the year, is the back-to-back ACC Midfielder of the Year and a first team All-American.

Howell earned her first cap in November of 2020 and made a second USWNT appearance during the 2021 SheBelieves Cup final, coming off the bench to help the squad defeat Argentina.

With USWNT camp running through Jan. 28, the duo of Fox and Howell are then expected into Racing’s preseason that opens Feb. 1.