The forward will put down roots in the Windy City after a highlight year in Louisville. 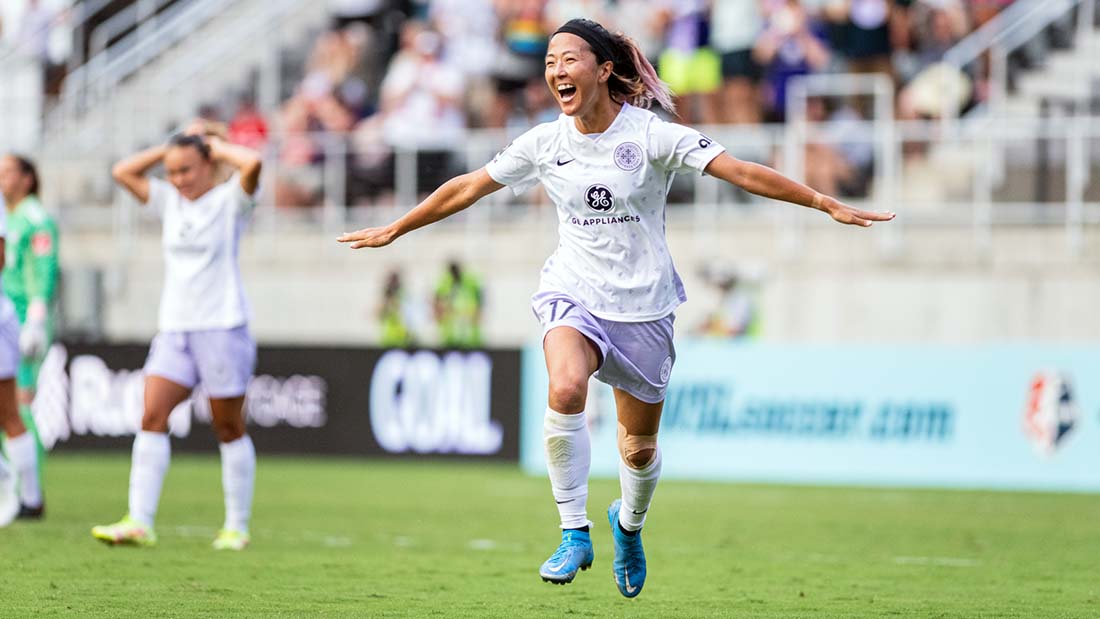 Racing Louisville FC has completed a trade with the Chicago Red Stars sending forward Yuki Nagasato back to the Windy City, the clubs announced on Tuesday.

In exchange, Racing received Chicago’s natural third-round pick in the 2023 NWSL Draft along with an international roster slot for the 2022 and 2023 seasons.

“I was extremely pleased to work with Racing Louisville during its first season,” Nagasato said. “I actually didn't want say goodbye so soon, but this decision was needed for my personal life, not just my soccer life. I got engaged to my partner who lives in Chicago, and we decided to build our life there. But I also wanted to keep playing, so I really am grateful for Racing’s understanding.

“The club has been super supportive before, during and after the season. I’ll keep wishing them success in their journey. I really loved to play at our incredible stadium in front of our amazing fans. Thank you so much for your love and bringing energy to the game.”

Having arrived from the Red Stars as one of Racing’s first players in a fall 2020 trade, Nagasato made 21 Racing appearances in 2021. She scored two regular season goals, including one against the Red Stars in a June 26 victory.

Nagasato — a 34-year-old Japanese international who won a World Cup with her home nation in 2011 — also numbered a pair of assists and found the back of the net for a late go-ahead goal in The Women’s Cup final against FC Bayern Munich.

“Yuki and her agent approached us saying she wanted to return to Chicago for personal reasons,” said James O’Connor, Racing’s interim president. “Obviously after the impact Yuki made here, we are sad to see her go but understanding of the situation.

“We thank the Red Stars for their help and professionalism in this deal. Yuki obviously goes with our very best wishes, and we thank her for all her contributions here in Louisville.”