The Racing draft pick was on Friday recognized as national player of the year. 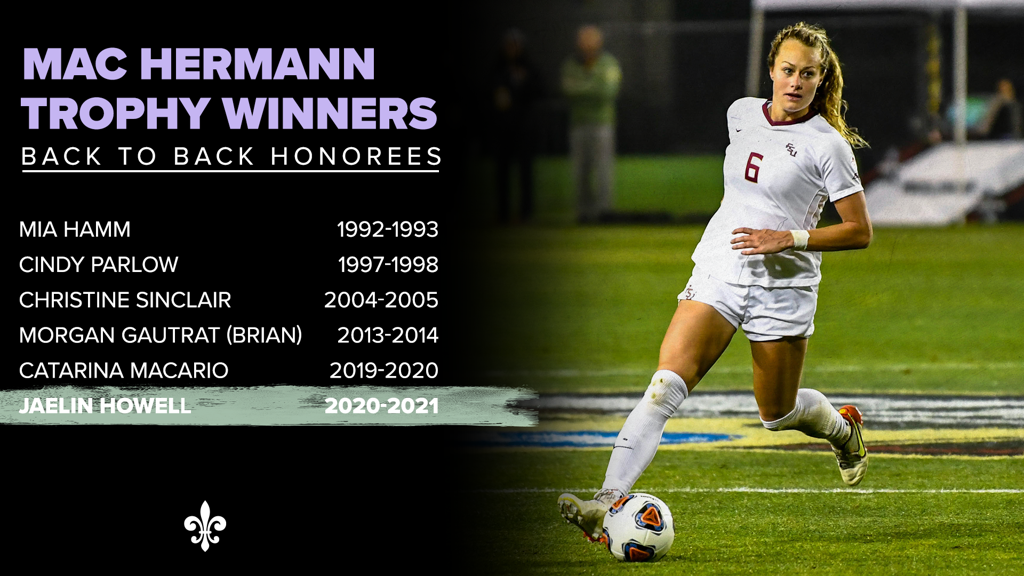 The Florida State star prevailed in a vote of NCAA Division I soccer coaches over fellow finalists Mikayla Colohan (Brigham Young) and Kelsey Turnbow (Santa Clara), with the winner announced during a banquet at the Missouri Athletic Club in St. Louis.

Also a United Soccer Coaches First Team All-American and Atlantic Coast Conference Midfielder of the Year for the second straight season, Howell helped Florida State to a national title in 2021. She appeared in all 25 of the Seminoles’ games, numbering 3 goals and 4 assists as a deep-lying midfielder.

Howell put an exclamation point on the campaign by scoring a game winner against Rutgers in the NCAA tournament’s national semifinal. She then converted a penalty kick against BYU en route to the Seminoles’ title.

A Lone Tree, Colo., native, Howell has also worked herself into the United States Women’s National Team with two caps, the latest coming in the final match of the 2021 SheBelieves Cup.