The moves shore up the club's defense heading into the 2022 season. 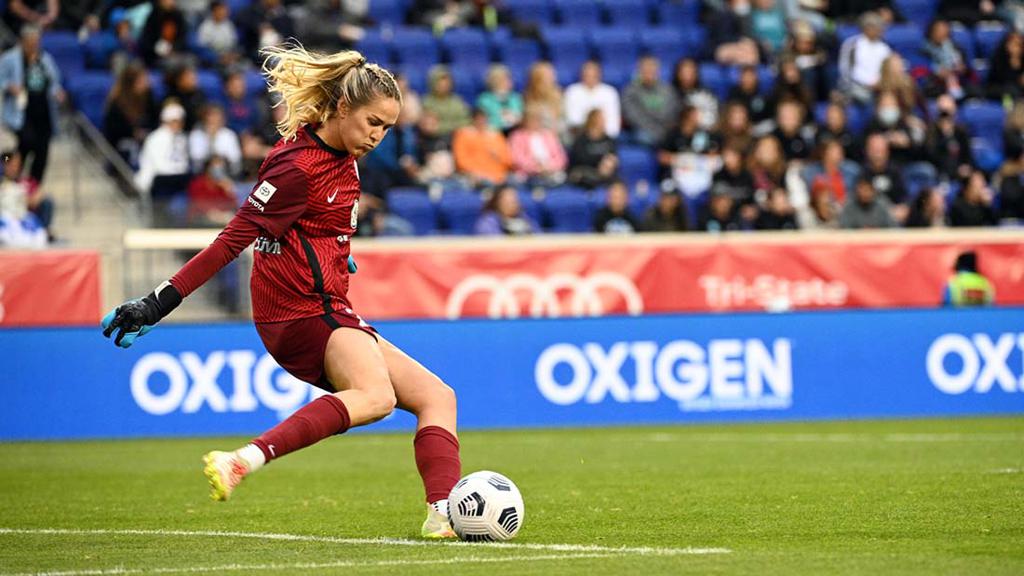 Lund agreed to a two-year contract, while Merrick and Simon have one-year deals with options for the 2023 season.

"We're delighted to bring back three players we feel can play an important role next season," said the club's interim president, James O'Connor. "Katie was phenomenal when she played last season. Obviously, it was a tough year for Addisyn, so we're excited to get a clear runway for her. And Erin was a consistent performer we're happy to have back."

Taking advantage of the opportunities presented to her in 2021, Lund started with a legendary pro debut, making four penalty kick stops and scoring the game-winning kick to defeat FC Bayern Munich in The Women’s Cup. She went on to make her NWSL debut Oct. 6 against the North Carolina Courage and took over the starting job to end the season, tallying 11 saves as Racing went 1-0-2 over its final three games.

“I am beyond grateful to be re-signing with Racing Louisville,” Lund said. “It’s an honor to represent this club and city, and i’m looking forward to many more amazing moments with my teammates. This season is going to be a special one, and I'm excited to be a part of it."

Selected first by Racing in the 2020 NWSL Expansion Draft, Merrick experienced a stop-and-start first year in Louisville. The former NC Courage center back first missed time due to a back injury, then suffered an ankle injury that ended her season.

“I’m really excited to be returning,” Merrick said. “Last year was a long season for me personally, so I can’t wait to get back on the pitch and have some fun.”

Simon, who numbered 18 starts in 21 appearances, featured primarily at right back but was known to push up in the attack, registering an assist in the club’s NWSL Challenge Cup game against the Courage. She arrived via the expansion draft from the Houston Dash and previously played for England’s West Ham United, helping the Hammers reach the 2019 FA Cup Final.

“I am so excited to be coming back to Louisville and represent this city,” Simon said. “We made a tremendous amount of progress last year, and I’m looking forward to what we are going to accomplish this season.”