The Big 12 Offensive Player of the Year, she scored 45 collegiate goals. 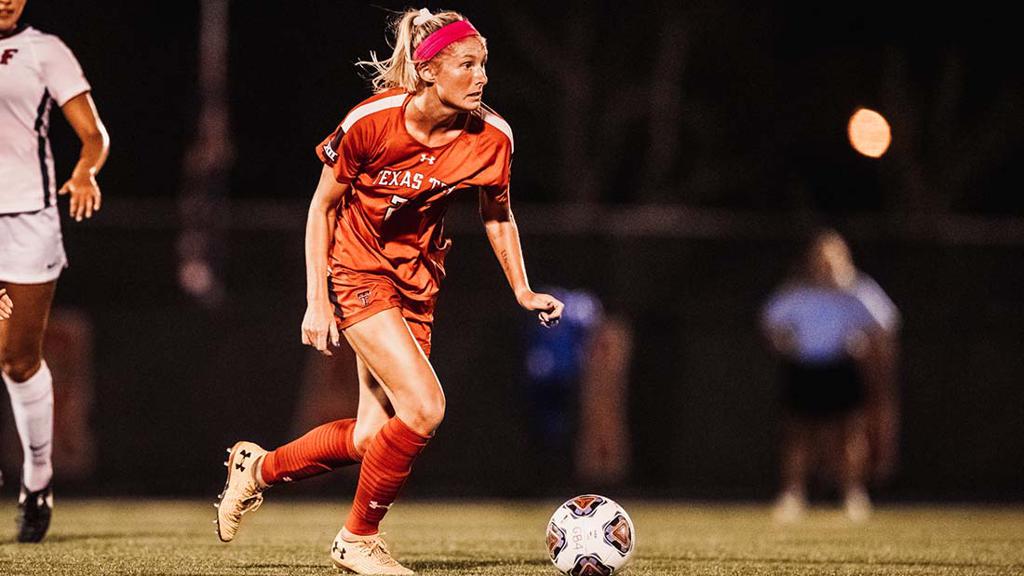 Racing Louisville FC has added another attacking threat to its roster with the signing of Texas Tech forward Kirsten Davis to her first professional contract, the club announced Wednesday.

Davis, whose playing rights were acquired through the 2021 NWSL Draft, returned to college for a final season having heard her name called 13th overall. She will join Racing after a Big 12 Conference Offensive Player of the Year campaign in which she registered 14 goals and 6 assists in 19 appearances.

Davis and Racing agreed on a two-year deal with an option for a third year.

“We are thrilled to have Kirsten join us,” said James O’Connor, Racing’s executive vice president of development. “We have watched her have another standout season in college and are excited to agree to this deal. We can’t wait to see what she can add to our club.”

Davis, who scored 45 career collegiate goals, boasted a strong enough resume for Racing to count her among its nine protected players in the recent 2022 NWSL Expansion Draft, preventing league newcomer San Diego Wave FC from plucking her rights away.

The St. Louis native has also represented the United States as a youth international at the U-18, U-19 and U-20 levels, participating in tournaments with U.S. Soccer in Honduras and Ireland.

“It was a dream come true to be drafted earlier this year,” Davis said. “That’s just something I’ve been looking forward to since I was a little girl. Staying for my fifth year of college, I knew in the back of my mind I’d have an opportunity after that and just needed to develop and be the best person I can.

“Now it feels real. I’m excited to get to Louisville, meet everyone and do whatever I can to help the team.”

A two-time All-American, Davis is making her move to the pro ranks after a big year off the field, too.

Her 4.0 GPA and start to grad school in interdisciplinary studies led to Big 12 Soccer Fall Scholar-Athlete of the Year honors. Davis also recently became engaged to her boyfriend, Garrett, with a December 2022 wedding in the works.

“We made sure there would be no possible conflicts,” she said with a laugh.

Davis describes herself as “a facilitator,” saying she’s comfortable in just about any attacking role “scoring goals and helping set people up for goals.”

"Racing has a real gem with Kirsten,” added the Red Raiders’ head coach, Tom Stone. “She has the mentality and commitment of a pro already, and her desire to be a productive attacker in the NWSL environment will serve her well at this level.”

Others who were selected by Racing in the 2021 draft but returned to school — midfielder Parker Goins and defender Emily Smith — are likewise expected to be in for preseason as they vie for pro deals of their own.