The Hermann Trophy winner will arrive to Louisville highly decorated. 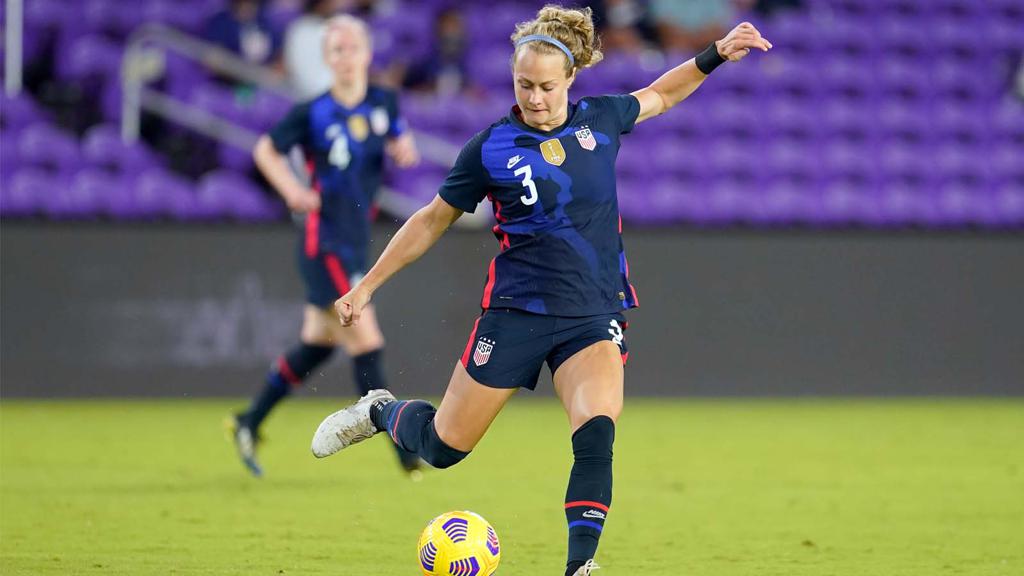 Racing Louisville FC acquired six players Saturday in the 2022 NWSL Draft, starting off with a blockbuster selection at No. 2 overall.

“Jaelin’s someone we were hoping to get. It’s a huge addition,“ said James O’Connor, Racing’s executive vice president of development. O’Connor worked with recently named head coach Kim Björkegren, who continues to await work visa approval before his move to Louisville, on the draft.

“When you look at Jaelin’s quality and range of passing,” O’Connor added, “there are so many factors that make this a big plus for us. We’re absolutely ecstatic to get her. I think it’s just great for the whole organization.”

Howell, the 2021 MAC Hermann Trophy winner for national player of the year, is a finalist to go back-to-back for the award after helping the Seminoles to a recent national championship. She is also twice capped for the USWNT at age 22.

"I think Louisville has a good team already and I'm just trying to bring what I know to do best. That’s be physical and also connect the game. Whatever they need me to do, I'm 100% in and I'm excited to get started.”

Racing acquired the second pick in an earlier trade with Angel City FC. The club also selected fourth in each round — picking up USC midfielder Savannah DeMelo at No. 4 overall — and had the No. 26 pick in the second round by way of a trade with the Houston Dash.

"I tore my Achilles back in April 2019 and, honestly, when it happened, a lot of people told me It's a really hard injury to come back from,” DeMelo said. “I knew that this was what I wanted to do and that getting to the next level, the pro level, was the level I wanted to get to.

“It's all about the work I do off the field. I did all my recovery right, got my fitness back. It obviously took some time to get back to the player I used to be, but I'm really happy with where I'm at. I'm just super excited to get to do that next journey with Louisville.”

Those six picks supplemented a big day of trades for Racing on the eve of the draft. Business concluded with forward Jessica McDonald — a U.S. international and all-time NWSL assists leader — headed to Louisville for 2022.

Additionally, the club can expected to have a trio of 2021 draft picks who returned to school available next year. Each of forward Kirsten Davis (Texas Tech), midfielder Parker Goins (Arkansas) and defender Emily Smith (California) are expected in preseason camp.

“The biggest thing with this particular draft is Kim has been clear on what type of player he wants,” O’Connor said. “There’s been great discussion with him, and then when you look at the last 24 hours, it’s been an absolute whirlwind. To get a player like Jess McDonald and then Jaelin Howell, combined with all the other picks and last year’s draft, we’re really excited going into the preseason.”