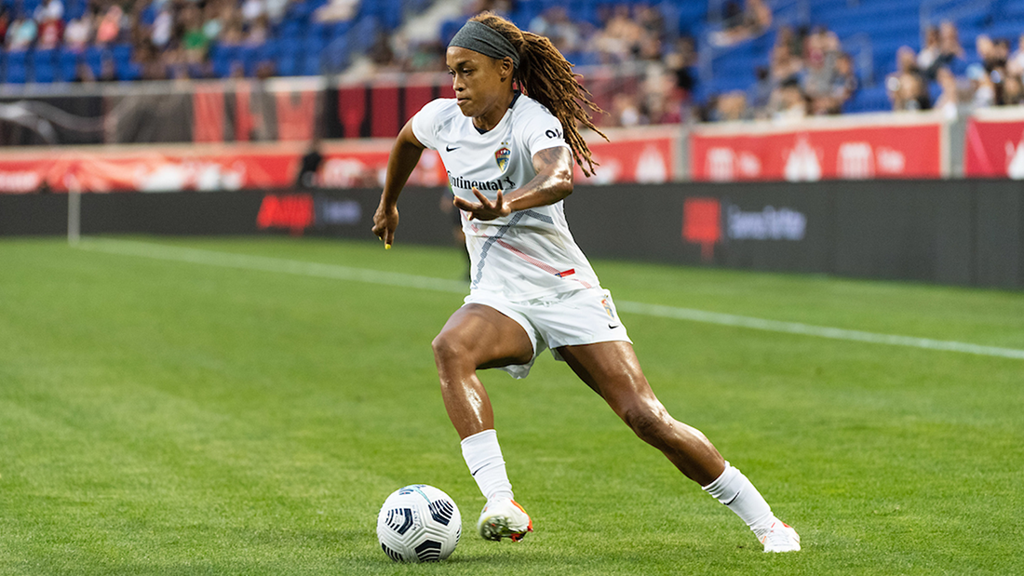 Racing Louisville FC executed a trio of trades Friday — the eve of the 2022 NWSL Draft — including a deal to bring highly accomplished forward Jess McDonald to the club.

Racing acquired McDonald from the North Carolina Courage on the heels of an earlier deal sending forward Savannah McCaskill to Angel City FC. In exchange, the Los Angeles-based expansion club moved the No. 6 overall pick to Louisville, which in turn traded it to the Courage for McDonald. Racing also received $25,000 in allocation money from Angel City.

In its other piece of business, Louisville sent defender Julia Ashley to the Houston Dash in exchange for a second-round pick.

As a result, Racing is scheduled to select at No. 2 and No. 26 overall, plus fourth naturally in all four rounds, during Saturday’s draft. The event will air live from 2-4 p.m. on CBS Sports Network and in its entirety on Paramount+, CBS Sports HQ and NWSL Twitch channels and on the CBS Sports HQ YouTube channel.

“We are thrilled to have Jess join us in Louisville," said James O'Connor, Racing's executive vice president of development. "She is an outstanding person, and her record of scoring goals and achieving at the highest level is something that will help our team. Jess brings with her a wealth of experience as well as an incredible mentality to our team.”

McDonald has been with the NC Courage organization since 2016, when it was then located in Western New York. She finished schooling at the University of North Carolina and has been well traveled as a professional, with Racing marking her record seventh NWSL club.

McDonald also broke into the U.S. Women’s National Team in 2018, scoring a game winner against Portugal in her first appearance. The next year, she made the final 23-player roster for the 2019 FIFA Women’s World Cup eventually won by the U.S.

The 33-year-old Phoenix native will make the move in tandem with her son, Jeremiah.

"My son and I are very excited for this new adventure in Louisville," McDonald said. "I will give this program my best and hope to make the biggest impact I possibly can on and off the field. Thanks for taking a chance on me, Louisville."

McCaskill, meanwhile, departs after appearing in 23 of Racing’s 24 games and leading the club in minutes during its inaugural season. While playing deeper in the midfield than in her past years, she tallied 2 goals and 3 assists.

“I want to place on record my thanks to Sav for her commitment and play last year,” O’Connor said. “We are sad to see her leave but feel this is a great opportunity for her. I wish Sav the very best of luck for next year and beyond.”

Ashley, an outside back, saw time in 15 games having started the season injured.

“Unfortunately Julia did not get to play in as many games as she would have liked last year, and this gives her a fresh opportunity,” O’Connor said. “She was able to speak with (Dash coach) James Clarkson, and it all went very well. We thank Julia for all her efforts last year and wish her every success.”