5 story lines to know ahead of the NWSL's expansion, college drafts

The club is in line to lose one player but gain more later this week. 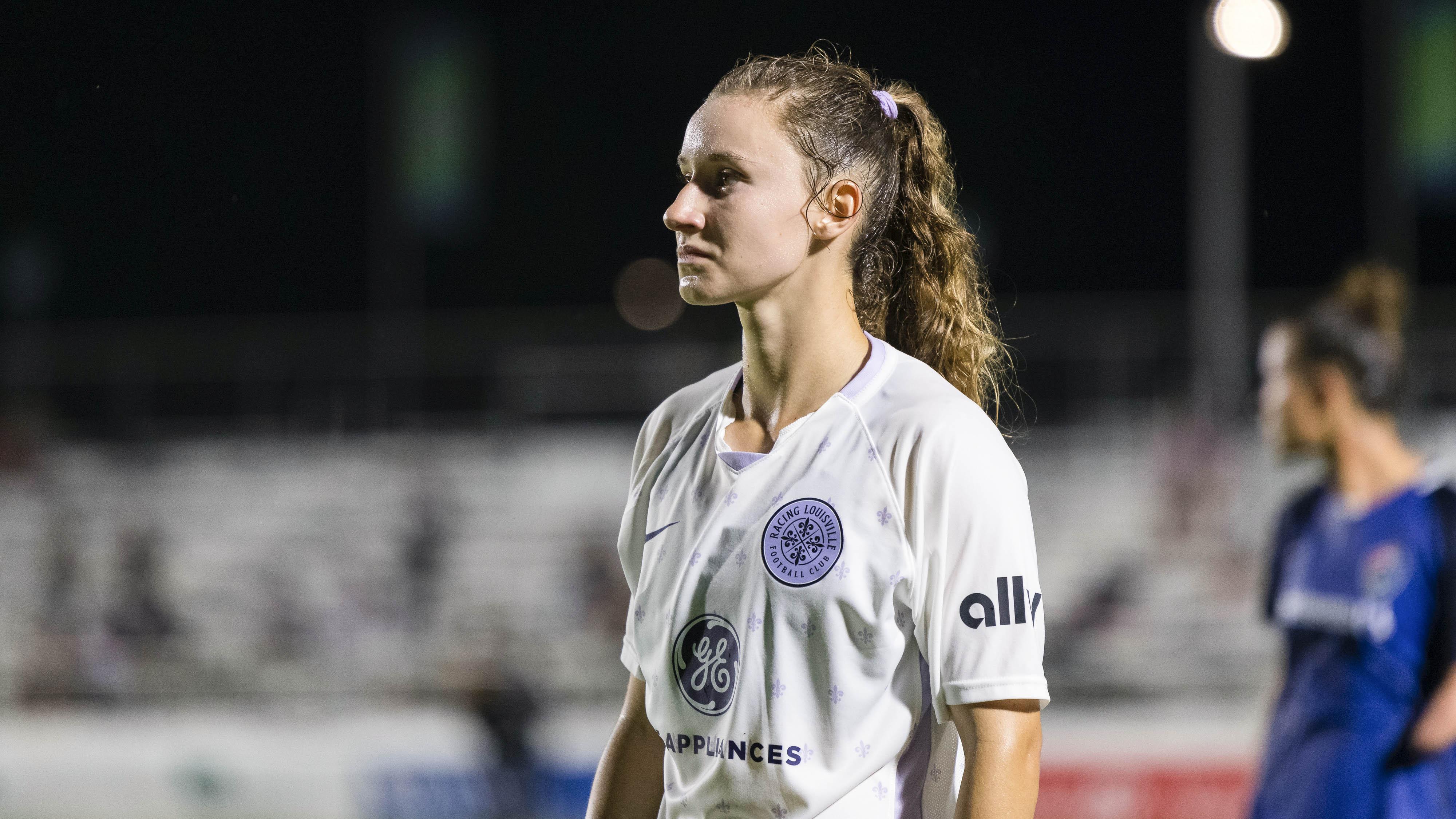 Racing Louisville FC and the rest of the NWSL have a busy week ahead of themselves with the 2022 expansion (7 p.m. Thursday) and college (2 p.m. Saturday) drafts on deck.

1. One player to depart in expansion draft

Racing could protect just nine players, down from the 11 guarded from selection when Louisville went through this same process in November of 2020. That meant leaving some key contributors available to San Diego Wave FC, which will get to make one selection from the unprotected list. Racing previously traded with Angel City FC to avoid losing another player to that club.

Savannah McCaskill, Lauren Milliet, Yuki Nagasato and Kaleigh Riehl each appeared in at least 20 of Racing’s 24 regular season games in 2021 and are among the club’s unprotected players. Or, San Diego could take a chance on selecting player rights from Louisville. U.S. Women’s National Team regular Tobin Heath and Manchester City’s Janine Beckie are both available.

2. Helping lead off the college draft

If last year is any indication, the No. 1 or No. 2 picks can both produce a generational type of player. Racing is up second thanks to that prior trade with Angel City FC, plus selects fourth naturally in all four rounds of the college draft.

Earlier this year, Racing took Emily Fox at No. 1 before the Washington Spirit picked Trinity Rodman No. 2. Both wound up as young standouts bestowed with postseason accolades. A number of mock drafts predict Florida State midfielder Jaelin Howell and Stanford defender Naomi Girma as this year’s top names to know coming out of college.

3. Other new names to for Racing

The ladies in lavender figure to be boosted beyond their draft selections as last year, a number of players selected elected to play an extra college season granted by the NCAA due to COVID-19 hardships. That applied to Racing’s final three picks: Texas Tech’s Kirsten Davis, Arkansas’ Parker Goins and California’s Emily Smith.

Davis, the Big 12 Conference’s Offensive Player of the Year, tallied 14 goals and six assists last fall and appears on the club’s protected list. The United Soccer Coaches named Goins — also the Southeastern Conference’s Midfielder of the Year — a First Team All-American after she numbered 11 goals and a team-high 14 assists. Smith, who led Cal in minutes, has also achieved off the field as a two-time academic All-American.

Each of these players can join Racing’s preseason roster next year to compete for a contract.

4. Player rights up for grabs

While Davis’ name might have been a surprise on the protected list, there was one previously unknown on the club’s unprotected list, too. Racing made what the NWSL terms as a bona fide offer to Beckie, a member of Canada’s national team with previous experience in the league, placing her on Louisville’s rights list.

Also, because registration was not required for the 2021 NWSL Draft due to the pandemic-altered NCAA soccer schedule, eligible players who were not selected were placed on the NWSL Discovery List. Through this process, Racing claimed the NWSL playing rights to Jada Talley, Sarah Sodoma and Taylor Malham.

Prior to this draft season, the NWSL board of governors voted to increase the pool of draft-eligible players by allowing players who are otherwise eligible, but currently on an NWSL team’s discovery list, the choice to either remain on that team’s discovery list or be removed in order to register for the 2022 draft.

So, where might Racing look to bolster its roster? The obvious spots are at goalkeeper and in the midfield.

Katie Lund, on the protected list, took over Racing’s starting goalkeeper job down the stretch of the club’s inaugural season. But she’s also the only player at her position on the current roster, meaning a quality counterpart is needed to deputize or even challenge her for the starting spot.

During Racing’s inaugural season, lack of midfielders on the roster led to a few forwards taking on new roles. McCaskill dropped much deeper, while Nagasato was often found in the central midfield as opposed to her regular wing role. Frjea Olofsson, who came in billed as a box-to-box presence, took over the No. 6 role.

Regardless of how things develop, Racing figures to lose one player to the expansion this week while adding greatly to its options moving into 2022. Also of note, the league’s trade window opens back up the morning after the expansion draft. Clubs that didn’t want to make moves beforehand, complicating their respective protected lists, may take action this time around.