He brings championship-winning experience to the NWSL club. 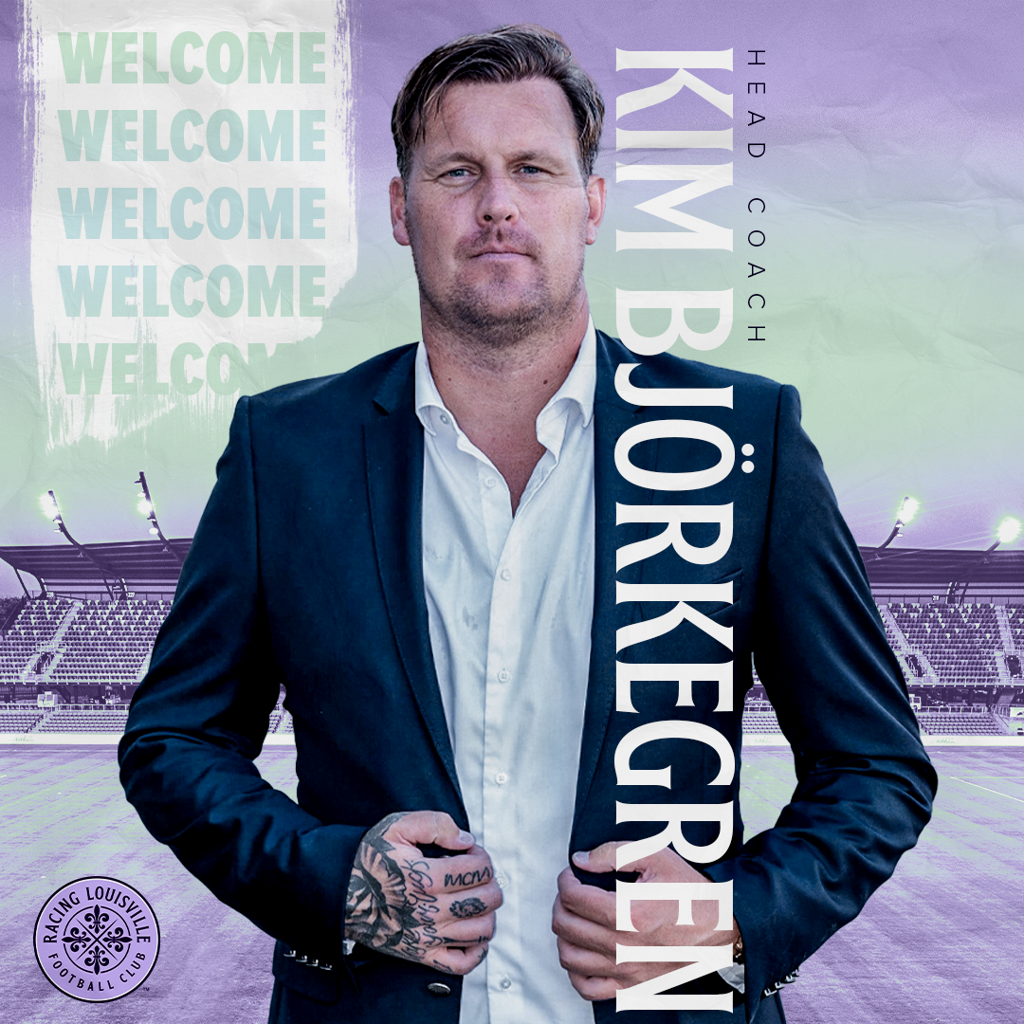 The club announced the appointment Thursday following an international search, which included a round of final interviews involving Racing’s players. Björkegren emerged as the candidate of choice in November, and his hiring was approved this week after extensive background checks by the NWSL.

“We are absolutely thrilled to welcome Kim and his family to Racing Louisville,” said James O’Connor, the club’s executive vice president of development. “We performed an exhaustive search looking for someone who has a history of winning and developing players.

“Kim stood out on both counts as the outstanding candidate. He made an instant impact on the group of players who we involved in the process, and we can’t wait to introduce him to the entire Racing family.”

The 39-year-old Björkegren — a native of Sweden in his 15th year coaching — most recently led Cyprus’ Apollon Ladies FC to an undefeated season. The club took 64 of a possible 66 points and advanced to the Champions League’s second round. Cyprus’ players association awarded Björkegren its Coach of the Year award as a result.

Björkegren spent about a year and a half coaching in the island country following stints first in his native Sweden and then China. Apollon Ladies FC accommodated time off as he and his fiancé, Jolene, welcomed their first son, Prince. Björkegren’s agreement in Cyprus also stipulated a simple exit should a club from a higher-division league such as the NWSL lure him.

“I’m super excited about joining Racing Louisville FC,” Björkegren said. “I have had great talks with the ownership and James O’Connor over the past months and feel like the entire club is breathing optimism. I’m looking forward to working with the entire organization toward our common goals.”

Björkegren’s playing career ended prematurely due to injury at age 23. He took a two-year coaching course to move on to his next calling, initially leading fourth division Karle IF’s men’s side in his hometown of Linköping, Sweden. Along the way, Björkegren switched to the women’s side and climbed the coaching ladder.

He was in 2017 appointed manager of reigning first division winner Linköpings FC and repeated, clinching the league title with two rounds to go. The club also advanced to the Champions League quarterfinal before falling to English powerhouse Manchester City.

Björkegren spent 2018 in China, coaching Beijing BG Phoenix in the nation’s Super League. There, he also oversaw transfers, signing Spanish international Verónica Boquete, and made the semifinal round of two cup competitions before moving to Apollon Ladies FC in 2019.

“Having Kim as a coach was great,” said Katie Lockwood, an Apollon Ladies midfielder. “He gave me my first chance in professional football, and for that I will always be grateful. I learned many things from Coach, who especially raised my tactical awareness for the game during film sessions.

“Kim led us to a historic run for the club in the Champions League, and I wish him the best of luck with his new team. I’m sure he will be successful and lead Racing Louisville to many great things.”

The second Swedish coach to win leagues in multiple countries, Björkegren likens his approach to that of charismatic Liverpool FC manager Jürgen Klopp. Björkegren puts an emphasis on winning — and having a good time while doing it by fostering a solid team spirit.

Outside of this hire, Racing has a link to Björkegren through its star forward Nadia Nadim. The Danish international worked with him as a personal coach for three years before making her own move to the NWSL.

“Kim is a great coach — very smart, tactical, reads and understands the game quickly and has the character to make tough decisions,” Nadim said. “I’m looking forward to working with him to grow as a team and as a player.”

Björkegren has been preparing for his new duties ahead of the NWSL’s Dec. 16 expansion draft and Dec. 18 entry draft for college players. He will make a permanent move to the United States upon approval of his work visa.