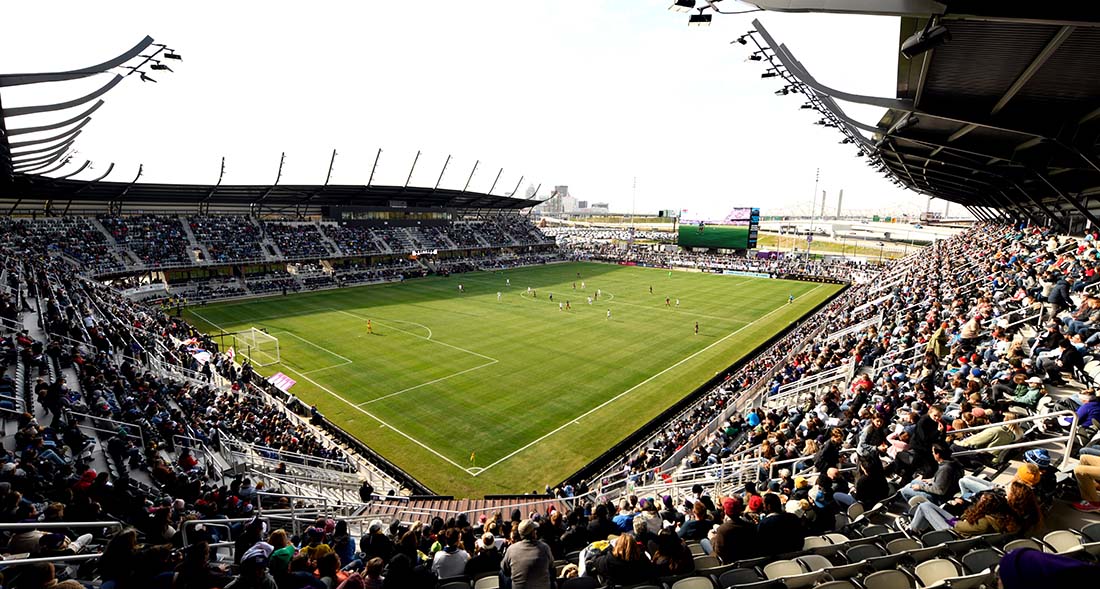 Fans at Lynn Family Stadium — 10,360 of them, the most to ever see a women's soccer game in the venue — were treated to an entertaining NWSL Championship final on Saturday as Washington and Chicago went head-to-head with the Spirit coming out on top 2-1.

The attendance figure ranked third overall in league history and second for a neutral site final behind the 13,264 at Portland's Providence Park in 2015.

With a title on the line, the opening 45 minutes remained a cagey affair. Chicago were hit with an early blow as captain Vanessa DiBernardo was forced off through injury only 12 minutes in.

Despite both attacking lines being in red-hot form, the defensive work on the pitch took center stage. After a handful of scrappy chances in front of goal the opener came just before halftime.

Rookie of the Year winner Trinity Rodman had a chance to hand Washington the lead but goalkeeper Cassie Miller handled the shot comfortably.

Then almost immediately after, Mallory Pugh left the pitch through injury leaving the Red Stars briefly down to 10 players but Chicago would go on to make things 1-0 through Rachel Hill’s back-post header.

Coming out into the second half, Washington shifted the momentum in their favor with Rodman, in particular, knocking on the door more than once. Meanwhile, Chicago were forced to substitute Pugh out.

Relentless pressure from the Spirit eventually resulted in Andi Sullivan’s penalty leveling things up despite Miller getting a hand to it.

With roughly 25 minutes to go, the match was once again up for grabs. Chicago were willing to sit back and frustrate the likes of Ashley Hatch and Ashley Sanchez who were pushing for a late winner.

Sitting 1-1 after 90 minutes, the match continued into extra time but things wouldn’t stay level for long as Rodman teed up Kelley O’Hara who sent her header past Miller for 2-1 in the 97th minute.

Chicago then ramped up the pressure for the final 15 minutes in hopes of making things all square again.

Washington goalkeeper Aubrey Bledsoe, however, made a point-blank save to deny Makenzy Doniak in the dying moments before tipping a shot from Arin Wright over the bar.

In the end, time ran out and Washington Spirit complete the comeback to win the 2021 NWSL Championship – their first in club history.