The event will run from 5-9 p.m. Friday near Lynn Family Stadium. 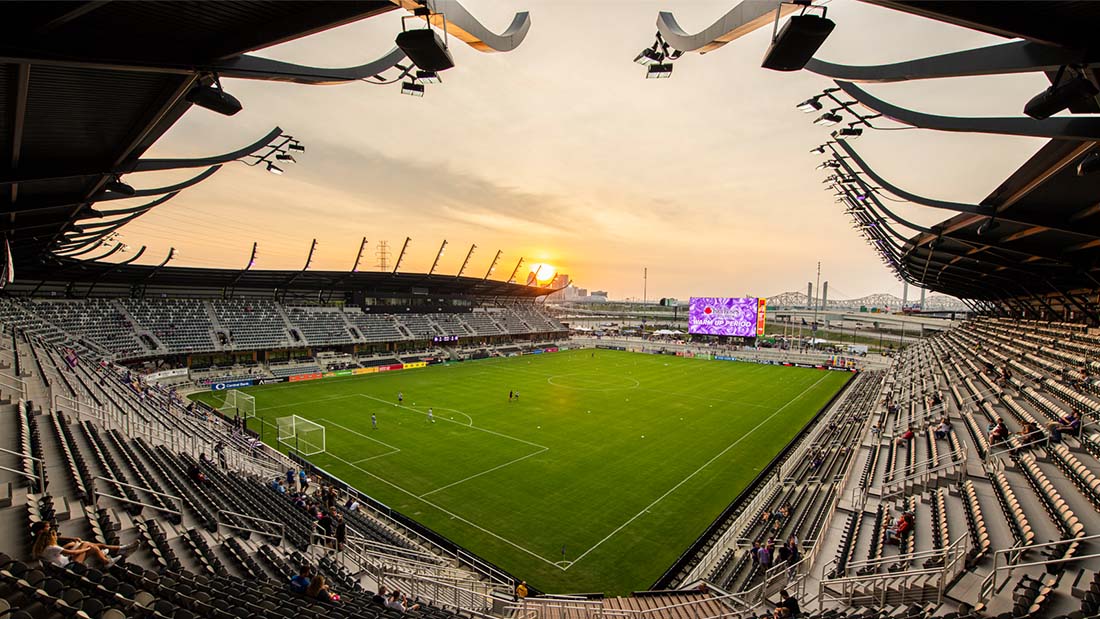 The National Women’s Soccer League is excited to welcome fans to Louisville for the 2021 NWSL Championship presented by Budweiser. As part of the celebration, fans are invited to attend Friday’s Butchertown Block Party presented by Mastercard.

Located steps from Lynn Family Stadium — site of Saturday’s game between the Chicago Red Stars and the Washington Spirit — the open-to-the-public Block Party will feature free food and live music, as well as the chance to meet and greet NWSL players. The event runs from 5-9 p.m. in the surface lot beside the Butchertown Market Building, 1201 Story Ave.

Upon entry to the Block Party, fans are encouraged to provide one non-perishable item or make a small monetary donation to support Dare to Care, a non-profit dedicated to assisting local food pantries, shelters and emergency kitchens in distributing food to the Louisville community. One hundred percent of the food and funds collected will go directly to Dare to Care.

“We are thrilled to welcome NWSL fans to the Block Party this Friday,” said interim CEO Marla Messing. “Our incredible fans are one of the many things that make our league special and we are excited to provide a place for them to celebrate on the evening before the Championship match. Butchertown is an iconic neighborhood that showcases all the best things about the city of Louisville, an ideal backdrop for marking the end of the NWSL season.”

Nationwide is offering fans the opportunity to meet players live with a pair of one-hour autograph sessions starting at 5:30 and 6:30. The autograph sessions will feature select Nationwide Club Community Ambassadors — NWSL players who this season led service projects in their markets — such as Jamia Fields, Darian Jenkins, Jessica McDonald and Racing Louisville FC’s own Addisyn Merrick. Racing standouts Michelle Betos, Emina Ekic, Lauren Milliet and Sinclaire Miramontez will also be in attendance.

Two food trucks, provided by Ally, will be on site offering complimentary eats while supplies last. In addition, Ally is offering fans the opportunity to participate in a unique photo booth experience. Lynn Family Stadium staple DJ K-Dogg will also mix music until a live, 7:30 p.m. performance by local artist Lyndsey Henken. Other activations include a soccer skills test, corn hole boards and a balloon artist at the family-friendly Block Party.

“We are excited to welcome NWSL fans from around the country to Louisville,” said Racing Louisville FC president Brad Estes. “The Butchertown neighborhood that surrounds Lynn Family Stadium provides eclectic and authentic bars and restaurants for everyone to enjoy with this Block Party in a great spot to start the evening. Southern hospitality gets its name for a reason, and we can’t wait to show everyone a good time.”

Tickets remain on sale for the NWSL Championship, kicking off at 12 p.m. Saturday at 12, by visiting NWSLSoccer.com/championship. The NWSL Championship will air on the CBS Television Network and stream live on Paramount+ and internationally on the NWSL’s Twitch channel.

CBS coverage of the match will begin at 11:30 a.m. ET on the morning of the final with the NWSL Championship Pregame Show presented by Ally. The 30-minute show will stream on Paramount+ and feature Lori Lindsey as well as co-hosts and Orlando Pride stars Ashlyn Harris and Ali Krieger live from Lynn Family Stadium.