The rookie defender ranks among the league's top young players. 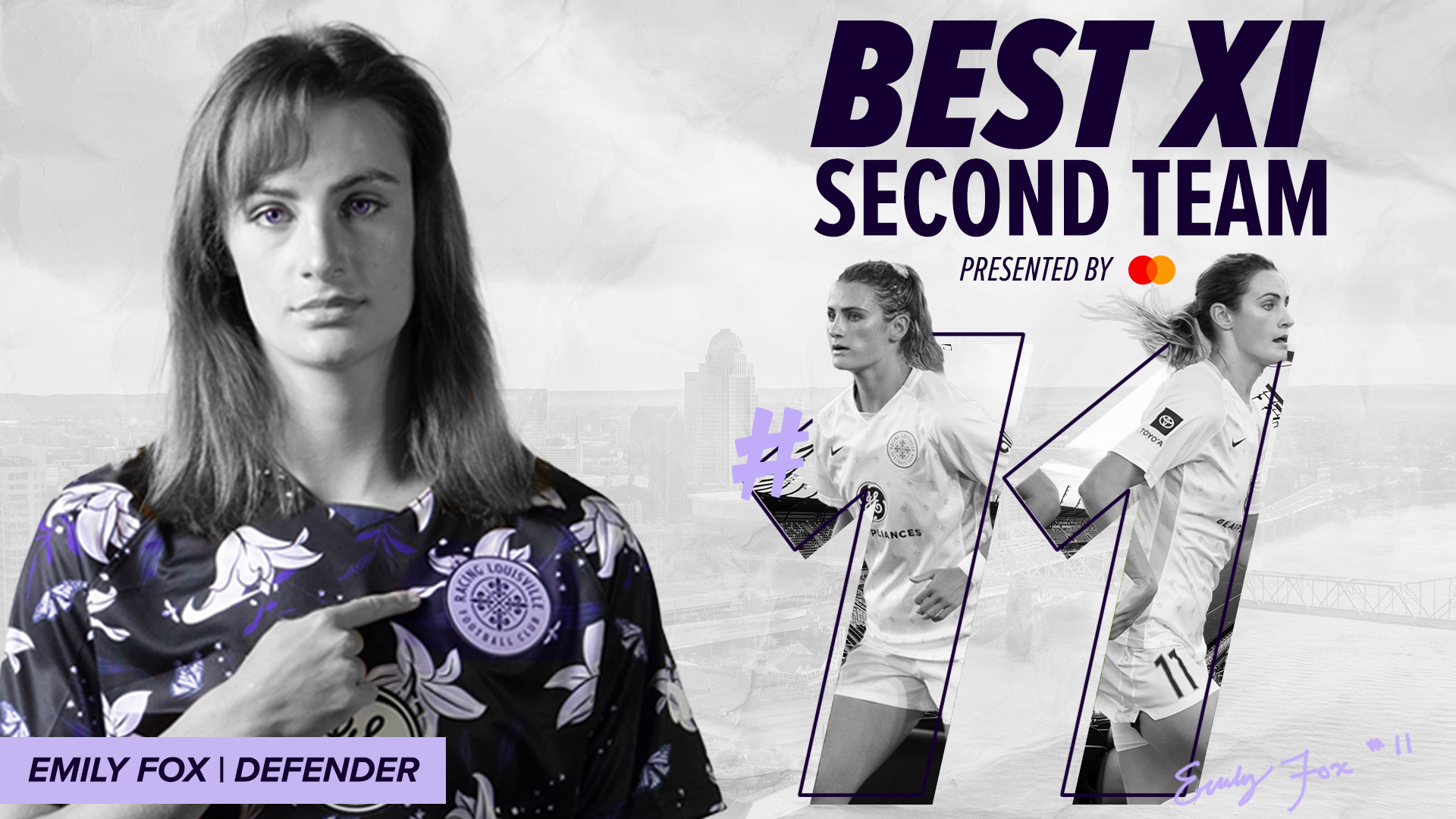 The league announced Fox's second individual award of the year Wednesday, adding to her NWSL Team of the Month nod back in May. More recently, the No. 1 2021 NWSL Draft pick was also named a finalist for NWSL Rookie of the Year.

Fox featured in 23 of Racing's 24 regular season games. According to the soccer analytics website StatsBomb, she led the NWSL this season with 115 interceptions, 32 more than any player in the league. Fox also ranked sixth in carries — moving with the ball five yards or more — at 924 and 10th in fouls won at 29.

The 23-year-old from Ashburn, Va., in the process raised her international profile. Fox has been invited to the U.S. Women's National Team's upcoming camp for friendlies in Australia on the heels of another call up in October, when she appeared in two games, including a 90-minute performance in the USWNT's 6-0 victory over Korea Republic.

The NWSL Best XI presented by Mastercard award honors the top 22 players in the league over the course of the regular season. Fox was selected based on weighted votes from players (50%), owners/GMs/coaches (20%), media (20%) and fans (10%).

Fox, who attended the University of North Carolina before launching her professional career, overcame multiple torn ACLs before becoming one of the NWSL's top young players.

Each athlete will receive a cash bonus for their achievements this season as part of Mastercard’s celebration of the Best XI and Best XI Second Team.

“Congratulations to all of the winners represented on this year’s Best XI teams. The skill, determination and resilience on the field of play this season was absolutely inspiring to watch,” said interim NWSL CEO Marla Messing. “I’d also like to thank Mastercard for investing in NWSL players, and for helping to lead the way as we continue to build a league as exceptional as the players on the pitch.”