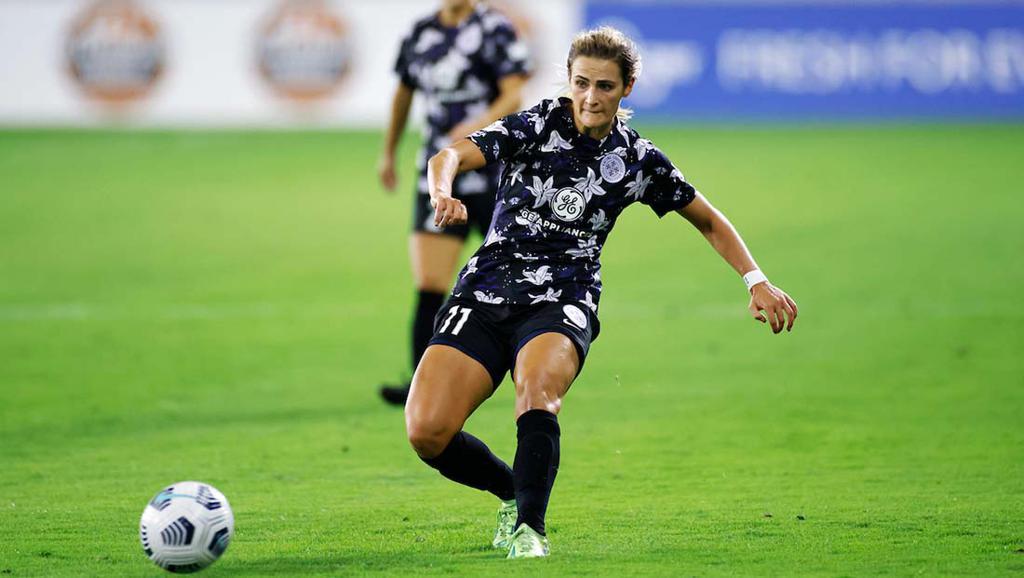 While Racing Louisville FC’s inaugural season has ended, there’s still another victory in play with star defender Emily Fox on Friday named an NWSL Rookie of the Year finalist.

Fox is one of three players up for the award — joining the Washington Spirit’s Trinity Rodman and Kansas City’s Victoria Pickett— following preliminary voting by players, owners, general managers, coaches and members of the NWSL Media Association.

Fan ballots cast here though 11:59 p.m. Tuesday will determine 10% of the final outcome. A Rookie of the Year winner will be announced in the days leading up to the Nov. 20 NWSL Championship at Louisville’s Lynn Family Stadium.

Fox, who appeared in 23 of 24 regular season games, separated herself with superior pace and dribbling ability in the months following her No. 1 overall selection in the NWSL Draft. She also recently received a call up to the U.S. Women’s National Team, earning her fifth and sixth caps in friendlies last month against Korea Republic.

Fox won’t stand out on the score sheet given her defensive role. But according to the soccer analytics website StatsBomb, she led the NWSL this season with 115 interceptions, 32 more than any player in the league. Fox also ranked sixth in carries — moving with the ball five yards or more — at 924 and 10th in fouls won at 29.

A 23-year-old from Ashburn, Va., Fox featured previously at the University of North Carolina. She overcame multiple torn ACLs in college before Racing drafted one of the league’s top young players as well as a long-term prospect for the USWNT.

Vote Emily Fox for NWSL Rookie of the Year!