Racing ends its season on a high note, drawing at Gotham FC

The club recovered from losing positions in its final three games to earn points. 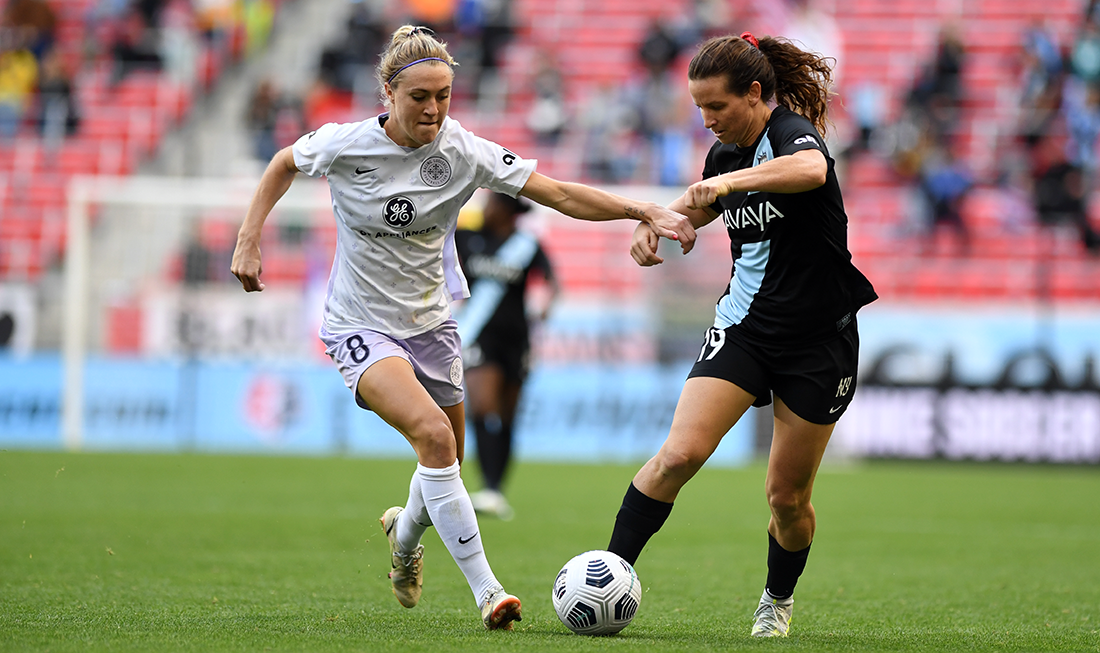 The ladies in lavender finished their campaign on a high note, coming back from losing positions in their final three games to earn points in a victory Oct. 16 over the Orlando Pride before leveling with Gotham FC both Thursday and Sunday of this week.

Racing finished 5-12-7. Its 22 points are the most accumulated by an NWSL expansion side in its debut year.

“It’s a great way to end the season,” said interim head coach Mario Sanchez. “We got better every game, and I think we were starting to see what the team’s capable of. I’m really, really proud of the team. They’ve continuously showed their character.”

Kizer’s penalty — set up by a Savannah McCaskill cross and ensuing Allie Long handball in the box — was hammered into the upper-right corner to equalize. It marked the fifth goal of Kizer’s season and the first penalty converted for Racing in an NWSL game.

The strike also dulled the celebration that occurred 15 minutes earlier at Red Bull Arena in Harrison, N.J. Retiring U.S. legend Carli Lloyd headed in an Elizabeth Eddy cross from the left side to go out as a goal scorer in her final regular season game.

“I like taking penalties,” Kizer said. “I like that pressure and told some of the girls in the locker room I kind of smiled before I took it. I was confident going up there. The girls on the field were confident in me. They said to go up and take my shot, and I buried it.

“…We’re motivated to get another one after we see Carli Lloyd get that goal. It was a classic Carli Lloyd goal. But I think we just took it to them in the second half. We were knocking at the door — had a couple opportunities — and I thought we could get one if we kept the pressure on.”

While Racing will now look toward 2022, Gotham FC qualified for the six-team NWSL playoffs, giving the club a shot to advance to the league final set for Nov. 20 at Louisville’s Lynn Family Stadium.

“It’s almost a bit frustrating,” said defender Gemma Bonner of the season’s end. “Obviously it’s not ideal for us and what we’ve planned on doing — going down early in games — but I think it shows the character of the team. We’re showing in glimpses what we’re capable of. It’s just unfortunate it’s too late that we’re starting to pick up the points.

“It’s definitely something to build on — the first year together — and I definitely think there’s lots of positives to take from the latter part of the season. We’ll look to come back stronger next year.”

Racing’s attack offered little before the penalty, with forward Ebony Salmon managing three shots in her time on the pitch, the best of them a curler that called for a save early in the second half.

Defensively, however, Racing bent but didn’t break despite a notable early substitution. In her return appearance from the U.S. Women’s National Team, star outside back Emily Fox left in the 16th minute under concussion protocol.

Racing was out-shot 14-5 but allowed only two of those attempts to land on target. In the end, it was a familiar result for these two teams, who played to draws in each of their four meetings this year.