Preview: What to watch for with Racing at Gotham FC

The club will finish its inaugural season Sunday in Harrison, N.J. 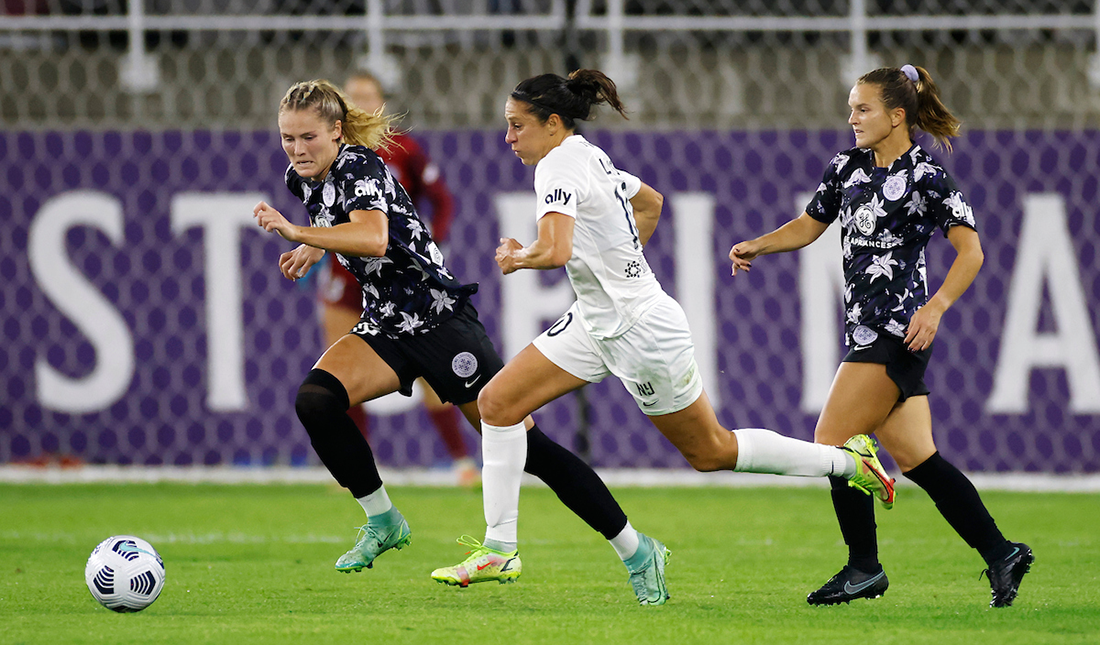 Racing Louisville FC enters its inaugural season finale with a shot at some NWSL history.

By earning 21 points so far, it has already eclipsed the prior record of 19 for a league expansion team set by the Orlando Pride in 2016. With a victory Sunday over NJ/NY Gotham FC, the club could also surpass Orlando’s high mark for points per game of 0.95.

Kickoff is set for 3 p.m. at Red Bull Arena in Harrison, N.J., and Racing-Gotham FC will air on CBS Sports Network given some playoff implications in the matchup.

Pending other results around the league, Gotham FC could have to continue its battle to clinch a playoff spot, entering the weekend needing at least a point from this game to officially qualify.

It’s a quick turnaround for both sides, which battled to a 1-1 draw on Thursday at Lynn Family Stadium. That game — originally scheduled for Oct. 1 — was postponed to set up a home-and-home series of sorts to end the 2021 campaign.

Here’s more of what to watch for Sunday…

“I thought it was a great way to end the season — well, end of our home fixtures. (I’m) extremely proud of the team. I think what people are starting to see is the character. Week in and week out I’ve continued to talk about the character of this team, and you know the last two games I think have exemplified what they’re about as human beings.

“To play teams that are fighting for the playoffs — to go a goal down and come back, it speaks volumes about them as people, about our players, about our culture that is being developed. Extremely proud of them and looking forward to Sunday to go at it again.”

Watch the match on CBS Sports Network with play by play from JP Dellacamera and color commentary by Lori Lindsey. Internationally, fans can also stream the match on Twitch.

Playoff race: Although Racing has been eliminated from the postseason, it’s of interest with the Nov. 20 NWSL Championship game being played in Louisville. Portland Thorns FC, OL Reign and the Washington Spirit have locked up three of six spots. The Chicago Red Stars, Gotham FC and Houston Dash occupied the other three playoff positions going into the weekend.

Playing spoiler: Racing officially knocked Orlando out of postseason contention with a 3-1 victory two games back on Oct. 16. The Gotham FC draw on Thursday at least delayed Sunday’s foe from celebrating its own clinching moment. If Racing defeats Gotham FC, wins this weekend by Houston and the North Carolina Courage could leave Gotham on the outside.

Comeback club: Racing conceded in the third minute of the Orlando game earlier this month before allowing a goal in the seventh minute Thursday to Gotham FC. In both instances, the ladies in lavender rallied from a losing position to earn a result — a first for Racing in consecutive games.

Draws aplenty: Score lines suggest Racing and Gotham have been evenly matched this season. All three of their meetings — a scoreless draw in the Challenge Cup, 1-1 tie and New Jersey on Aug. 15 and Thursday’s result — ended with points shared. Back in August, it was Gotham FC doing the equalizing in the second half before Louisville took on that role in the most recent meeting.

Scoring touch: Working the counter attack Thursday, Cece Kizer slotted in her fourth regular season goal and sixth goal across all NWSL competitions. The sixth tally was a significant one, as it tied her with fellow forward Ebony Salmon for most (so far) by a single player in lavender.

In the zone: A game after scoring her first professional goal in the Orlando victory, forward Katie McClure registered her first Racing assist Thursday. McClure settled a long pass forward by Lauren Milliet and pushed to the center of the field before laying off a pass to Kizer, leading to Racing’s equalizing goal versus Gotham FC.

Between the posts: Katie Lund will finish the season as Racing’s starting goalkeeper with team captain Michelle Betos continuing to heal from a recent hand injury. Lund, her of Racing’s win in The Women’s Cup final back in August, numbered a career-high six saves in the Gotham FC draw, including a key stop early before the visitors were able to score on the rebound.

Red, white and blue: Defender Emily Fox figures to be back in the rotation Sunday after going a full 90 minutes for the U.S. Women’s National Team in its 6-0 Tuesday victory over Korea Republic. Fox, the No. 1 NWSL draft pick earlier this year, earned her sixth cap with the appearance and made it her fourth career start for the U.S.

Savannah McCaskill is one appearance from her 65th NWSL regular season appearance.

Yuki Nagasato is one start from her 60th NWSL regular season start.