Preview: What to watch for with Racing vs. the Orlando Pride 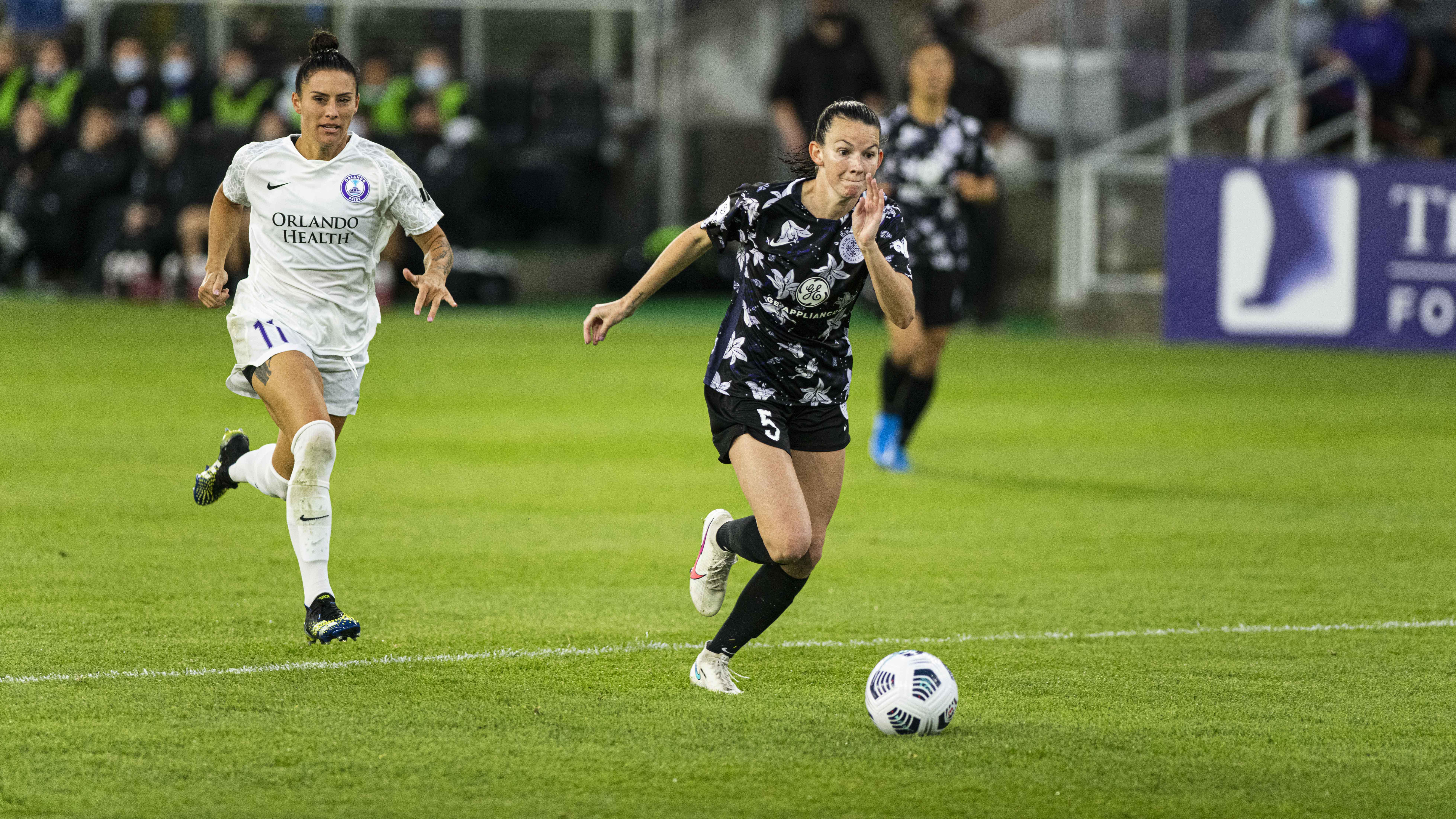 Racing Louisville FC and the Orlando Pride will get their Lynn Family Stadium encore Saturday in the first meeting here since a dramatic preseason, Challenge Cup meeting.

Back on April 10, in what was Racing’s first-ever game, the sides finished in a 2-2 draw thanks to Louisville defender Brooke Hendrix’s goal late into stoppage time. Since then, Racing and the Pride had faced off twice in Orlando, playing to a 1-1 draw on July 9 and 3-1 Pride win on Sept. 11.

Though Racing has been mathematically eliminated from qualifying for the NWSL playoffs with three games to go, the club can still make some league history. Louisville is one win shy of setting a record for points earned by an NWSL expansion club. The Pride, who tallied 19 points in 2016, hold the current high water mark.

Leaving Saturday, Racing will have 12 days off during an international window before wrapping up its inaugural season with a game at home (Oct. 28) and away (Oct. 31) against NJ/NY Gotham FC.

Here’s more of what to watch for ahead of Saturday’s 7:30 p.m. kickoff.

"Listening to the players talk, they just want to continue to get better. It has been a challenging time for everybody. The focus is on getting better every day. My responsibility to them is to help them get better every single day and to a winning performance on the weekend."

Winless streak: Since defeating FC Bayern Munich and hoisting The Women’s Cup on Aug. 21, Racing has struggled to get results, going on a seven-game winless streak in NWSL play. Louisville earned its lone point over that span in interim head coach Mario Sanchez’s first game, a 1-1 draw Sept. 4 with OL Reign.

Playoff hopes dashed: With Racing’s loss last Saturday to the Washington Spirit, the club continued an NWSL trend. No expansion club has made a postseason appearance in its first season. Racing sits ninth of 10 teams on the table ahead of Kansas City, another expansion side.

Call ups: At least two Racing standouts will leave to represent their country following the Orlando game with defender Emily Fox receiving her first U.S. Women’s National Team call up since February and forward Ebony Salmon suiting up for England’s U-23 squad.

Fox on fire: Fox, who has played mostly at outside back for Racing, made a recent shift into the midfield to much success. She led her side against the Spirit in successful passes (29), duels won (5), tackles (3) and interceptions (3).

Sav to sit: Savannah McCaskill, Racing’s minutes leader with 1,828 on the pitch, picked up her fifth yellow card of the season against the Spirit and will be forced to miss her first Racing game Saturday on accumulation. The vice captain started all 21 previous regular season contests.

Showing support: Racing players and staff will on Saturday don T-shirts reading “Protect Women,” a gesture toward NWSL players’ fight for better working conditions within the league. The shirts are available to the public at shop.RacingLouFC.com with all proceeds going to the local Center for Women and Families.

Otto starts: Midfielder Taylor Otto made her first NWSL regular season start against the Spirit, with the University of North Carolina product continuing her comeback from an early season knee injury. So far, Otto has logged 188 minutes across six appearances, not including the start she made in The Women’s cup final against Bayern.

Lauren Milliet is two starts away from her 25th NWSL regular season start.