The ladies in lavender were mathematically eliminated with three games to go. 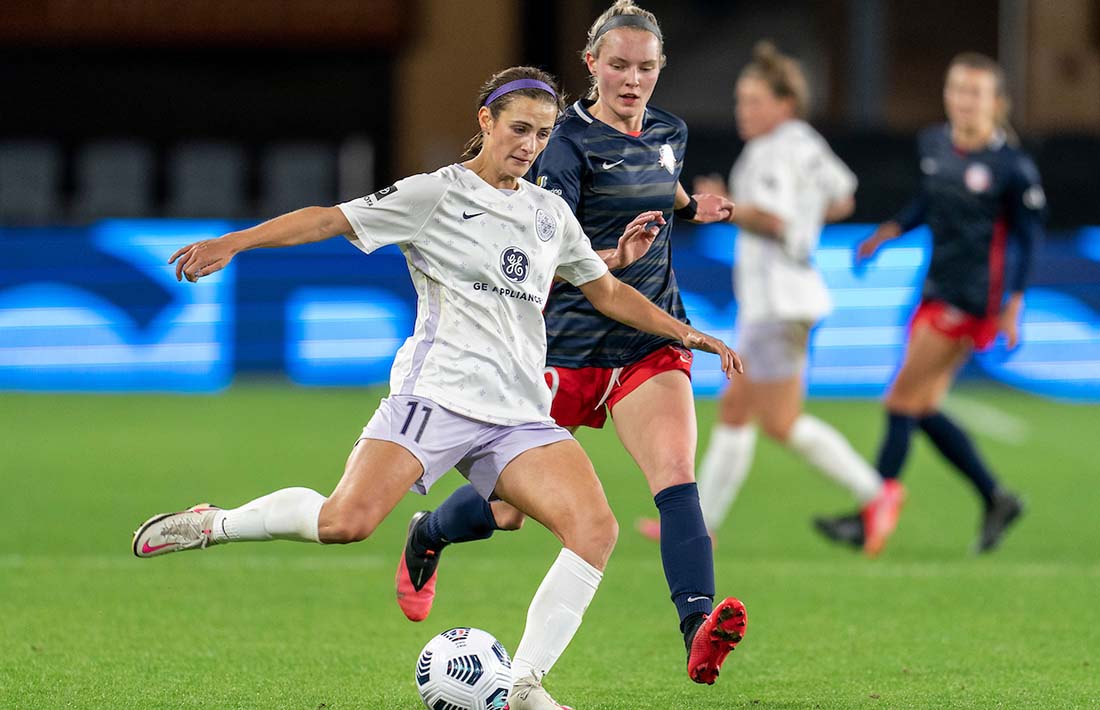 Racing Louisville FC’s hopes of being the first NWSL expansion team in club history to make the postseason ended Saturday night with a 3-0 loss to a streaking Washington Spirit side.

The hosts, aside from two forfeits related to off-the-field matters in September, are unbeaten now in six games and continued to look the part at Audi Field, capitalizing on Racing’s defensive miscues.

Ashley Hatch scored on a tremendous ball through from Trinity Rodman in the eight minute, secured her brace in the 80th minute and saw her side add to the lead with an early, 52nd-minute And Sullivan penalty kick.

With this result, the ladies in lavender were mathematically eliminated from playoff contention. But there is still much at stake Sitting on 17 points, Racing is three shy of setting the record for most points by an NWSL expansion club currently held by Orlando Pride, which tallied 19 points in 2016.

Coincidentally, the Pride are next up for Racing in a 7:30 p.m. matchup Oct. 16 at Lynn Family Stadium.

“We gifted some goals away and from a result, obviously, just a difficult result with some of the mistakes we made,” said interim head coach Mario Sanchez. “But taking the positives, we actually created and played more chances we have a long time. I thought Cheyna (Matthews) came on did really really well. Emina (Ekic) came in and did really really well, I thought from a character side it was great to see the team continue to push.

"Again, I thought we created a lot of really good looks, so like I told the team afterwards it's a process. We’re going to continue to learn and develop and get better and better every day, and that's never gonna end. So we regroup, take a couple days off — long trip, a lot of emotions this last week — and then we get back at it on training on Tuesday.”

Going into the Washington game, Racing’s lineup featured four changes, including midfielder Taylor Otto in for her first NWSL start.

While the visitors didn’t break through for a goal, they did see two close chances on goal, both in the second half with Lauren Milliet’s free kick in the 66th minute and an Emina Ekic strike in the 88th. Both shots were stopped by acrobatic saves from Spirit goalkeeper Aubrey Bledsoe.

Also of note, a 39th-minute yellow card for forward Savannah McCaskill — her fifth of the season — will see her serve a one-game suspension for accumulation. McCaskill has thus far played in every Racing game.

After the match, Racing players were in solidarity with their counterparts across the league in only answering questions regarding the fight for change in the NWSL.

On Friday, Racing's players issued a statement in conjunction with the NWSL Players Association saying they stand with the club in its handling of former coach Christy Holly's dismissal on Aug. 31.

“Definitely in the wake of it everyone wants transparency from the league and from clubs and everything like that,” said defender Sinclaire Miramontez. “That is something that has come up quite a bit, and so we felt that we wanted to maintain the privacy of those involved, and so I feel that putting out that statement allowed people to know that our club is trying to protect the players and putting the players first, and they have been putting the players first from day one.

"So I think it was important to put that statement out so people know that we stand behind our club and their decisions. Moving forward we have faith in our front office doing the right thing and putting player safety first.”

Following the Orlando matchup next weekend, Racing will close the book on its inaugural season Oct. 28 versus NJ/NY Gotham FC and then Oct. 31 at Gotham FC.