Preview: What to watch for with Racing at the Washington Spirit

The club wraps up a two-game road trip Saturday night. 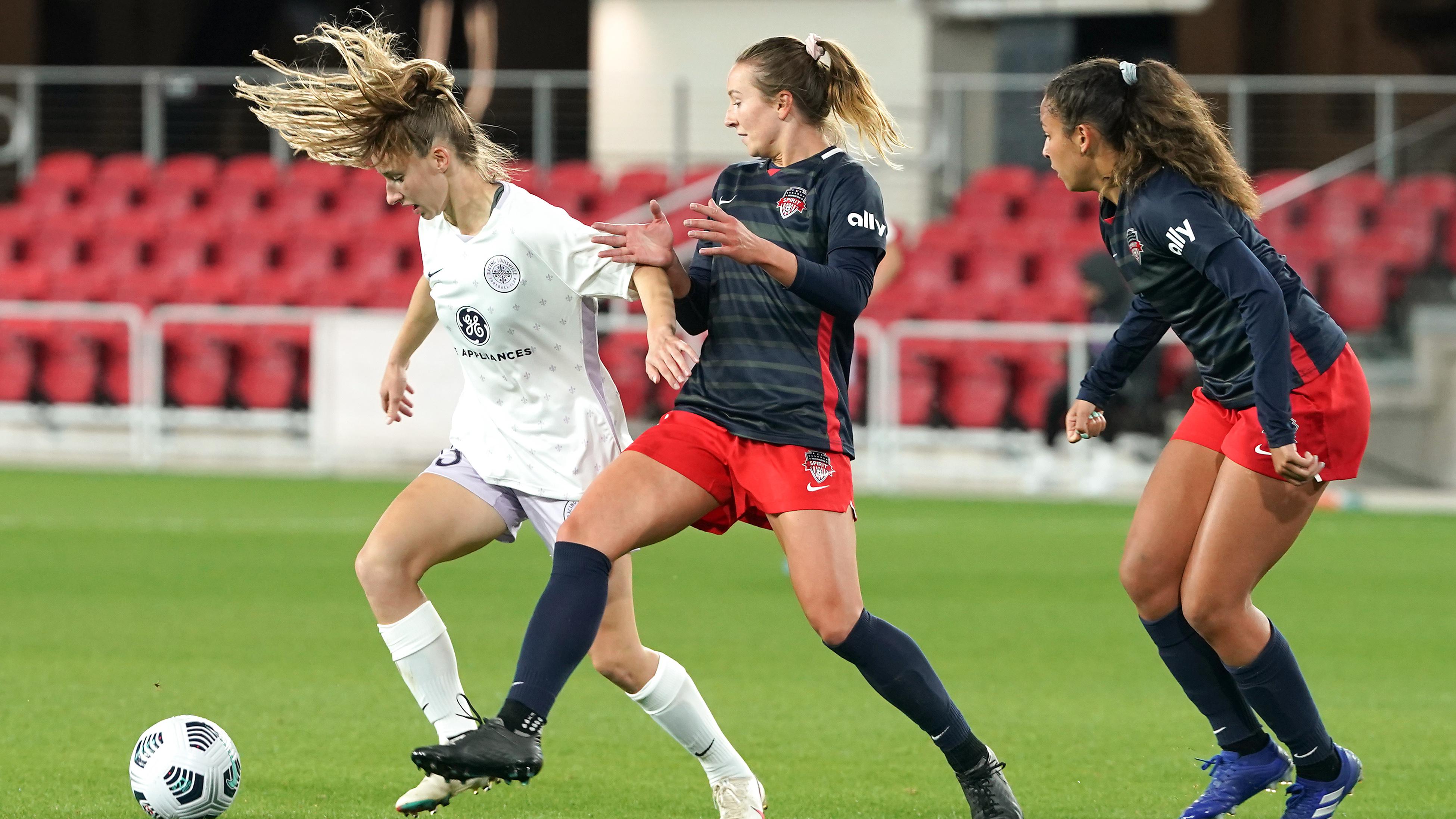 Racing Louisville FC finishes a two-game road trip Saturday at the Washington Spirit in a battle between squads on short rest.

The ladies in lavender enter off a 3-1 defeat Wednesday against the North Carolina Courage. The sides combined for four goals in 15 minutes of a frantic first half. From there, Racing has remained away to head to Washington’s Audi Field.

The Spirit, meanwhile, played NJ/NY Gotham FC to a scoreless draw Wednesday. While Racing must win out and receive some help from teams above it to qualify for the NWSL postseason, Washington is very much in the playoff hunt, sitting one point out of sixth place, the cutoff line.

Earlier this year, Racing registered its first-ever victory against Washington on May 21. The Spirit returned the favor on July 25, with this the third and final game between the squads in 2021.

“I’m really proud of the team. Obviously, North Carolina’s a tremendous team — tremendous talents. I thought we made it interesting for them. I thought we caused them some trouble. I can’t say enough how happy I am for Katie Lund — her first professional start. I thought she had a really, really good game, so I’m tremendously happy for her.”

“… It came down to the amount of work she has put in. She has earned her opportunity through her work ethic and development. This is more about rewarding her. She shows up every single day and got better. She has done everything that our goalkeeper coach Sergio [Gonzalez} has asked. It is just an opportunity to reward her with that. We have to give Michelle [Betos] a lot of credit as well. Michelle has been a great leader for the team and with Katie. She was a great professional and a great leader this past week. It is good for the club and great for Katie but most importantly, she earned it through her work ethic.”

Winless Streak: Since defeating FC Bayern Munich and hoisting The Women’s Cup on Aug. 21, Racing has struggled to get results, going on a six-game winless streak in NWSL play. Louisville earned its lone point over that span in interim head coach Mario Sanchez’s first game, a 1-1 draw Sept. 4 with OL Reign.

Second Half Turnaround: After struggling defensively in the first half, conceding three goals to North Carolina, Racing’s defense locked down and held the opposition scoreless. There were seven blocked shots over that span.

Lund’s league debut: Having bided her time behind star goalkeeper Michelle Betos, Katie Lund earned the starting job Wednesday and had plenty of work to do, registering five saves. It marked her NWL minutes and first pro start after coming on as a sub in The Women’s Cup final, when Lund stopped four penalty kicks and scored one of her own to seal a win.

Captain McCaskill: For the first time this season, vice-captain Savannah McCaskill wore the armband to start a match Wednesday and delivered in a bit way for her squad. In addition to a rocketed 24th-minute goal on her only shot, McCaskill led Racing in touches (57) and passes in the Courage’s half (22).

Fox in the Midfield: Defender Emily Fox found herself in a new role on Wednesday. Having already rotated between left and right back with Sanchez in charge, this time the U.S. international tried her hand at midfield, a first in 24 pro appearances. Fox attempted (37) and completed (27) team-highs in passes.

Sixth-Minute Moment: Players from both Racing and the Courage came together at the center circle and stood in solidarity Wednesday. The gesture symbolized six years it took allegations to come to light about Paul Riley, who has since been fired from his post as the Courage’s head coach. After the match, players declined to discuss soccer, insisting on keeping the focus on larger-scale issues around the league.

Savannah McCaskill is one start from her 50th NWSL regular season start.

Cheyna Matthews is one appearance from her 70th NWSL regular season appearance.