Preview: What to Watch for with Racing at the NC Courage

After Friday's match postponement, the club travels to Cary, N.C. 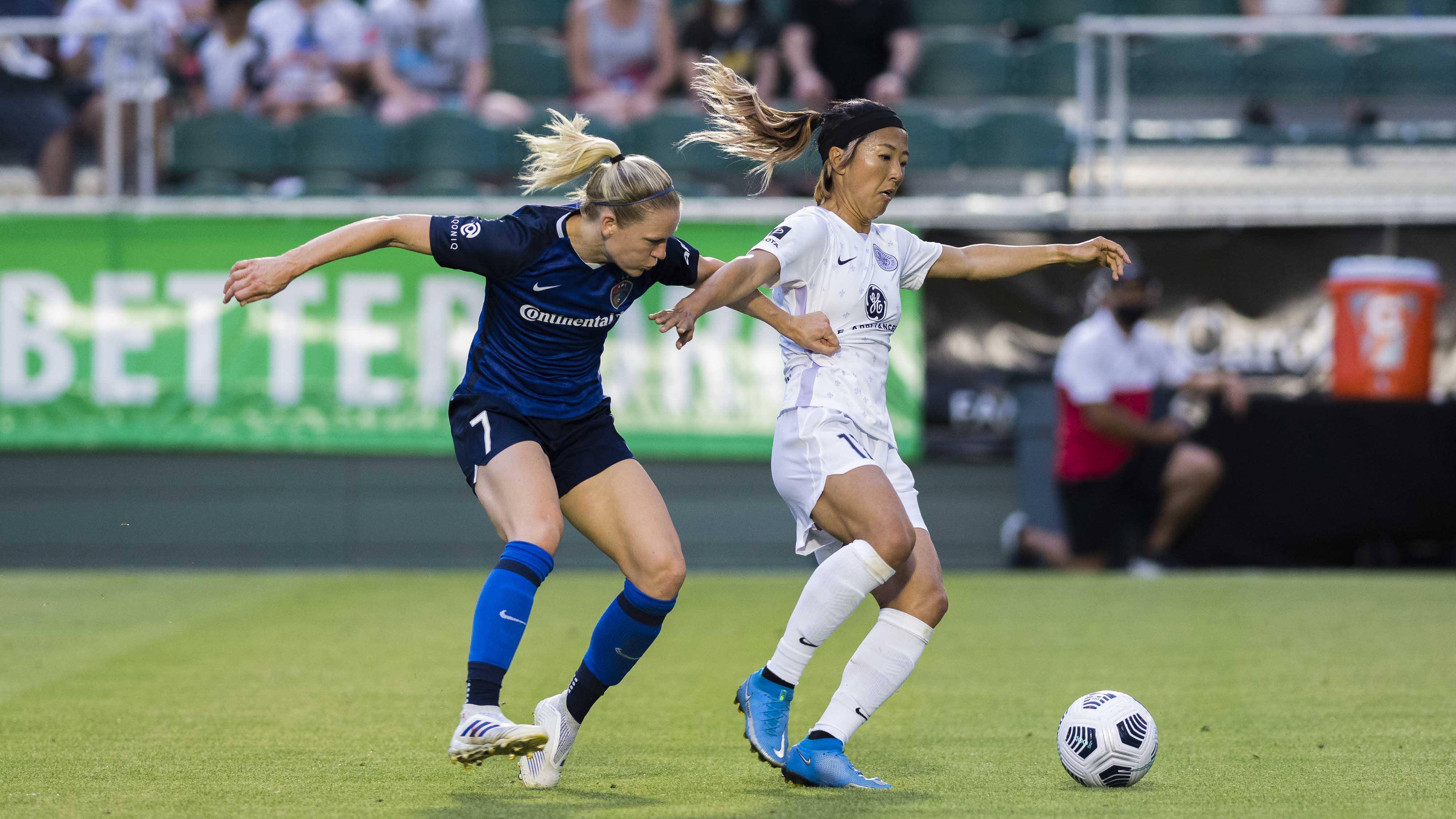 The league called off contests in the wake The Athletic’s reporting on improprieties by Paul Riley, who has since been fired from his post as the Courage’s head coach. North Carolina has promoted assistant coach Sean Nahas to guide the club in the interim.

Racing’s inaugural season playoff hopes continue to be razor-thin with the club nine points off sixth place, the postseason cutline, with as many as five games remaining.

Louisville and North Carolina met three times in as many months to start the year, playing once in the Challenge Cup and twice in the regular season. A perennial NWSL power, the Courage won each of those matchups.

North Carolina is led in the attack by international talents including Lynn Williams, Sam Mewis and Jess McDonald of the United States along with Debinha of Brazil.

“We just need to be more consistent. When you look at the first 20-25 minutes, it was good. Then, we make a mistake. We have to learn to rebound. Most importantly, the reaction. I think to show our supporters and everyone that we are going to go out and do everything we can to give us the best opportunity to win and that starts with work with and attitude."

Winless Streak: Since defeating FC Bayern Munich and hoisting The Women’s Cup on Aug. 21, Racing has struggled to get results, going on a five-game winless streak in NWSL play. Louisville earned its lone point over that span in interim head coach Mario Sanchez’s first game, a 1-1 draw Sept. 4 with OL Reign.

Season-Low Shots: Last time out, in a 4-0 defeat to the Houston Dash on Sept. 26, Racing attempted three shots, its fewest this season. Additionally, the club failed to record a shot on target for the second time this year, with the other instance in a 3-0 loss to Portland Thorns FC on June 5.

Young at Heart: Throughout its debut season, Racing has consistently relied on a number of NWSL rookies, with that plenty apparent last time out. The lineup that opened the second half against the Dash featured eight players under age 25.

Freja Fights: Midfielder Freja Olofsson, a native of Sweden who served as a box-to-box midfielder back home, has taken on more of a holding role for Racing — and she’s excelling. Versus Houston, Olofsson led her squad in successful passes (37), possession gained (13) and tackles (5).

Bet on Betos: Through 19 games this season, Racing’s captain and starting goalkeeper, Michelle Betos, has tallied 93 saves. That puts her 15 saves shy of the NWSL’s regular season record of 108 held by Aubrey Bledsoe and Kailen Sheridan from 2018.

Season-Ending Injuries: Two Racing players have had their campaigns cut short with forward Nadia Nadim (torn anterior cruciate ligament) and defender Addisyn Merrick (fractured ankle) on the mend. Both are eyeing returns to the pitch in 2022.

North Carolina Connections: Five of Racing’s  current players have connections to North Carolina. Both Merrick and midfielder Lauren Milliet played for the Courage before they were selected by Racing during the 2020 NWSL Expansion Draft. Sinclaire Miramontez was also originally drafted by the Courage. Additionally, Julia Ashley, Emily Fox and Taylor Otto all played collegiately at nearby UNC.