Preview: What to watch for with Racing Louisville vs. NJ/NY Gotham FC

The club hosts the retiring Lloyd for the first and final time. 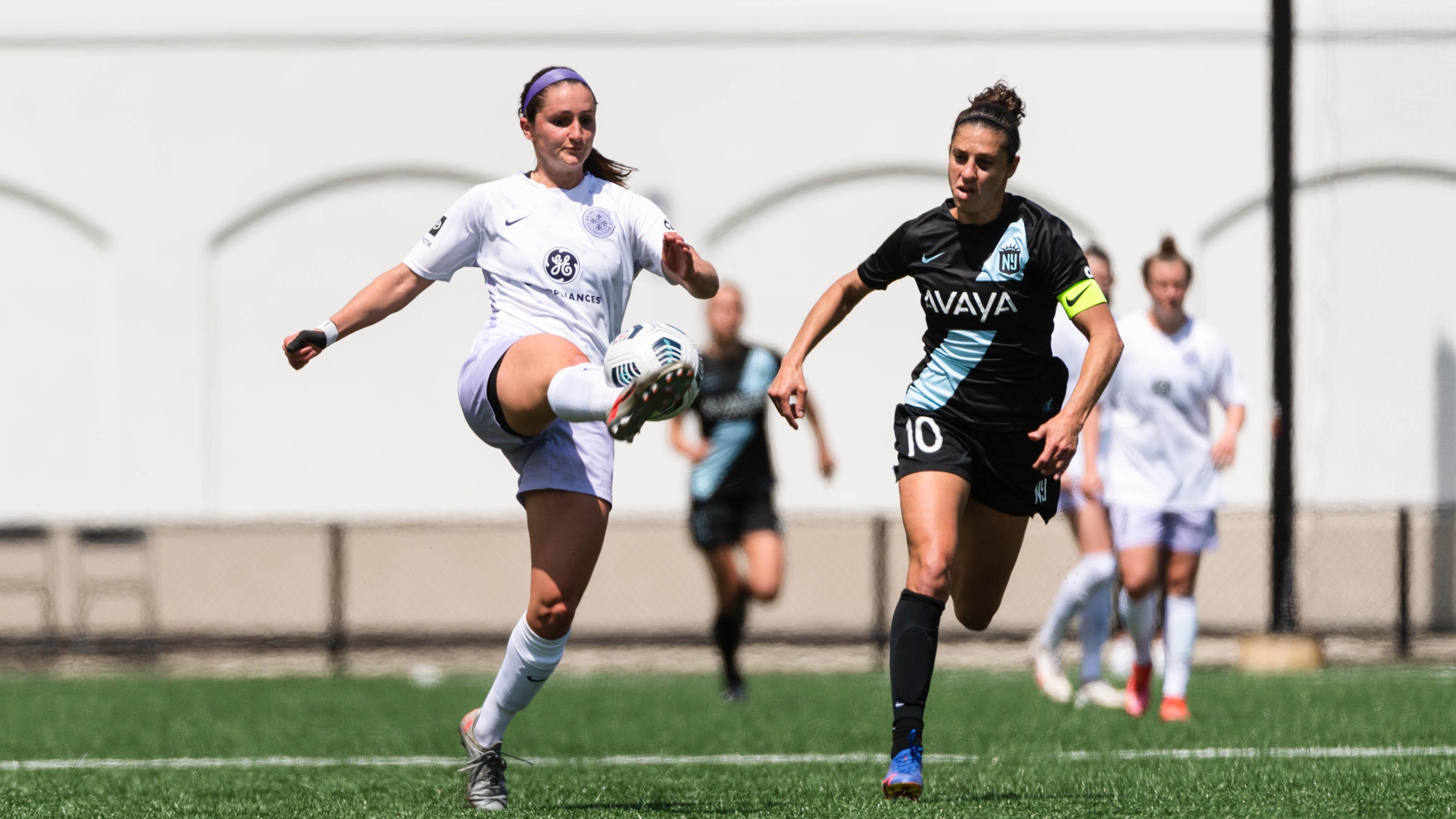 Through Racing’s 10 regular season and two Challenge Cup home matches, all but one rival NWSL club has visited Lynn Family Stadium. That changes Friday when the ladies in lavender host NJ/NY Gotham FC — and U.S. international Carli Lloyd — for the first time.

Racing exits Sunday’s defeat to the Houston Dash, with the result creating an uphill climb for the club to become the first NWSL expansion franchise to qualify for the playoffs. It’s now nine points to catch the Washington Spirit in six place, the postseason cut line.

The former Sky Blue FC, Gotham FC is meanwhile aiming for its first trip to the playoffs since 2013. The club is eighth on the table but just one point from Washington with a game in hand.

Gotham FC is in the midst of sending off the legendary Lloyd, a New Jersey native who recently announced her retirement at the season’s end. The two-time FIFA Player of the Year has made more than 300 appearances for the U.S. Women’s national Team while tallying the fourth-most goals and fifth-most assists in its history.

Both prior meetings between Racing and Gotham ended in draws. Lloyd tried a game-high seven shots in the preseason Challenge Cup game that ended 0-0 back in May, while the sides traded goals in a 1-1 tie on Aug. 15.

As the series moves to Louisville, a record attendance is expected for Racing’s first-ever Friday night home game, likely to eclipse the 7,813 that saw the ladies in lavender top FC Bayern Munich last month to win The Women’s Cup.

Here’s more of what to watch for…

“We just need to be more consistent. When you look at the first 20-25 minutes, it was good. Then, we make a mistake. We have to learn to rebound. Most importantly, the reaction. I think to show our supporters and everyone that we are going to go out and do everything we can to give us the best opportunity to win and that starts with work with and attitude.

“...Carli Lloyd is world class. It is simple. It is awesome to have players like that represent the league. We need players like that. We need more players to continue to rise up. The presence she has in the media is important to help our sport grow. Nothing but tremendous respect for her as a soccer player, as a human and as a leader. Our players love playing against top players. You want to see where you are at. It is another opportunity for us to show where we are at and some of our individual players, ‘Hey, there is a new cycle coming.’”

Watch the match on Twitch with play by play from Joe Malfa and color commentary by Kaylyn Kyle.

Winless streak: Since The Women’s Cup victory on Aug. 21, Racing has struggled to get results, going on a five-game winless streak in league play. Louisville earned its lone point over that span in interim head coach Mario Sanchez’s first game, a 1-1 draw Sept. 4 with OL Reign.

Season-low shots: In Sunday’s 4-0 defeat to the Dash, Racing attempted three shots, the fewest attempts this season. Additionally, the club failed to record a shot on target for the second time this year, with the other instance in a 3-0 loss to Portland Thorns FC on June 5.

Young at heart: Throughout its debut season, Racing has consistently relied on a number of NWSL rookies, with that plenty apparent last time out. The lineup that opened the second half featured eight players under age 25.

In the stands: Racing’s results have been inconsistent this season, but the support hasn’t wavered. The club ranks second in the NWSL behind Portland in average attendance with crowds of more than 6,000 commonplace since Lynn Family Stadium opened to 100% capacity in mid-June.

Freja fights: Midfielder Freja Olofsson, a native of Sweden who served as a box-to-box midfielder back home, has taken on more of a holding role for Racing — and she’s excelling. On Sunday, Olofsson led her squad in successful passes (37), possession gained (13) and tackles (5).

Bet on Betos: Through 19 games this season, Racing’s captain and starting goalkeeper, Michelle Betos, has tallied 93 saves. That puts her 15 saves shy of the NWSL’s regular season record of 108 held by Aubrey Bledsoe and Kailen Sheridan from 2018.

Season-ending injuries: Two Racing players have had their campaigns cut short with forward Nadia Nadim (torn anterior cruciate ligament) and defender Addisyn Merrick (fractured ankle) on the mend. Both are eyeing returns to the pitch in 2022.

Gotham Ties: Defenders Kaleigh Riehl and Erin Simon, selected by Racing in the 2020 expansion draft, played for Sky Blue FC previously, as did forward Savannah McCaskill, who started her pro career in New Jersey as an NWSL Rookie of the Year finalist in 2018. Nadim also called the club home from 2014-2015.