The defender has dealt with multiple ailments during her debut year in Louisville. 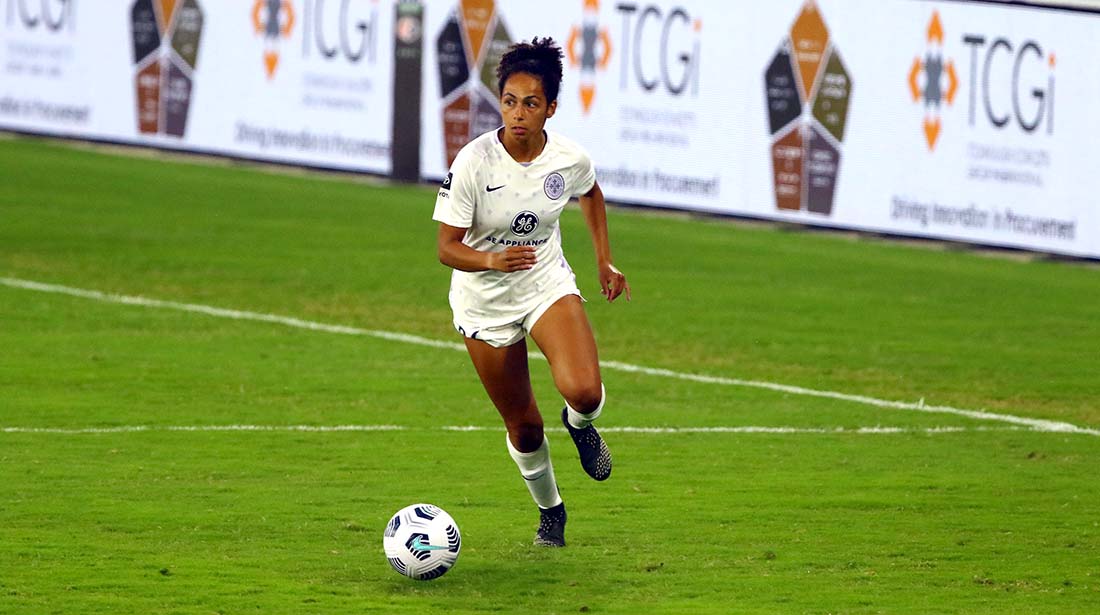 Racing Louisville FC has placed Addisyn Merrick on the NWSL’s Season-Ending Injury List as the defender continues to recuperate from mid-year surgery.

Merrick, who debuted for Racing on June 23 having been cleared from a back injury, made three appearances in lavender before then fracturing her left ankle. She’s now eyeing a return to the pitch in 2022.

“It’s tough to go out with an injury, but I’m working hard to be ready for next season,” Merrick said. “I’ve been on the sidelines cheering on the team, and I look forward to joining them on the field next year.”

Racing selected Merrick first overall in the 2020 NWSL Expansion Draft from the NC Courage. A University of Kansas product, she’s a central defender with pace who was challenging for a starting job at the time of her ankle injury.

Before entering the NWSL last year, Merrick logged a program-record 7,630 minutes at Kansas, where she earned a spot on the All-Big 12 Conference First Team as a senior in addition to being named the league’s Defender of the Year.

“It’s always unfortunate for a player to have an injury where they can’t finish the season,” said Racing’s interim head coach, Mario Sanchez. “But what I know about her is she’s a got a wonderful personality, a great work ethic, and that she’s looking to come back stronger both on a personal level and to help the club grow.”