The forward was injured in last Saturday's game against the Orlando Pride. 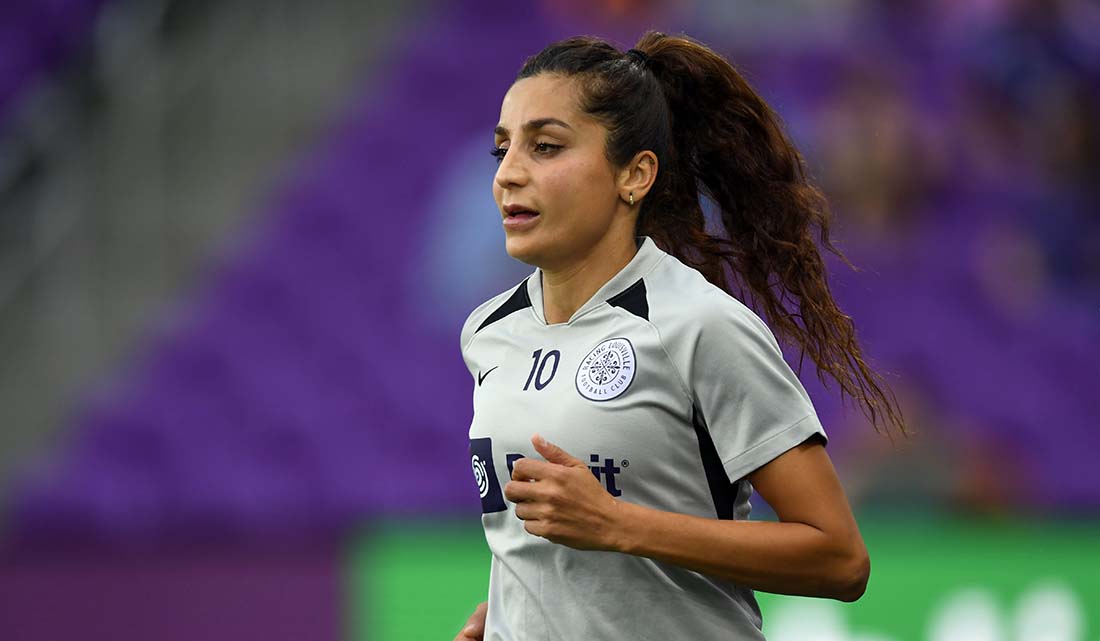 Racing Louisville FC has placed Nadia Nadim on the NWSL’s Season-Ending Injury List after the forward tore her anterior cruciate ligament during last Saturday’s game against the Orlando Pride.

Nadim will in the coming weeks undergo surgery on her knee to continue a recovery process that will stretch into 2022.

“Obviously we are all hugely disappointed,” said James O’Connor, Racing’s executive vice president of development. “Nadia is a big player for us, and we will miss the quality, leadership and spirit that made her a fan favorite in such a short space of time. I have no doubt that Nadia will attack this like so many things she has in her life: full on.”

Nadim, 33, made a quick impact on arrival to Louisville earlier this summer following her part in helping Paris Saint-Germain win its first top-division title. Going into Saturday, she’d already tallied three goals and assist, plus earned a spot on the NWSL’s Team of the Month for August.

“It’s sad that this happened,” Nadim said. “I know injuries are part of football, but the timing is poor for the team and for me with so much on my plate — including the national team. But it is what it is. Life never happens the way you expect.

“I’m ready to do everything to return and am motivated to get back on the field and help the team. It could be worse. It could always be worse.”

Nadim was poised to leave after the Orlando game for the start of World Cup qualifying with Denmark, for which she’s on the precipice of 100 career caps. Now she’ll eye a return to the pitch before next summer’s UEFA Women’s Euro 2022. Nadim scored two goals last Oct. 20 in a victory over Italy, being named Player of the Match in a win that qualified Denmark for the tournament.