Preview: What to watch for with Racing Louisville at Orlando Pride

The club looks to push past its trend of surrendering 1-0 leads. 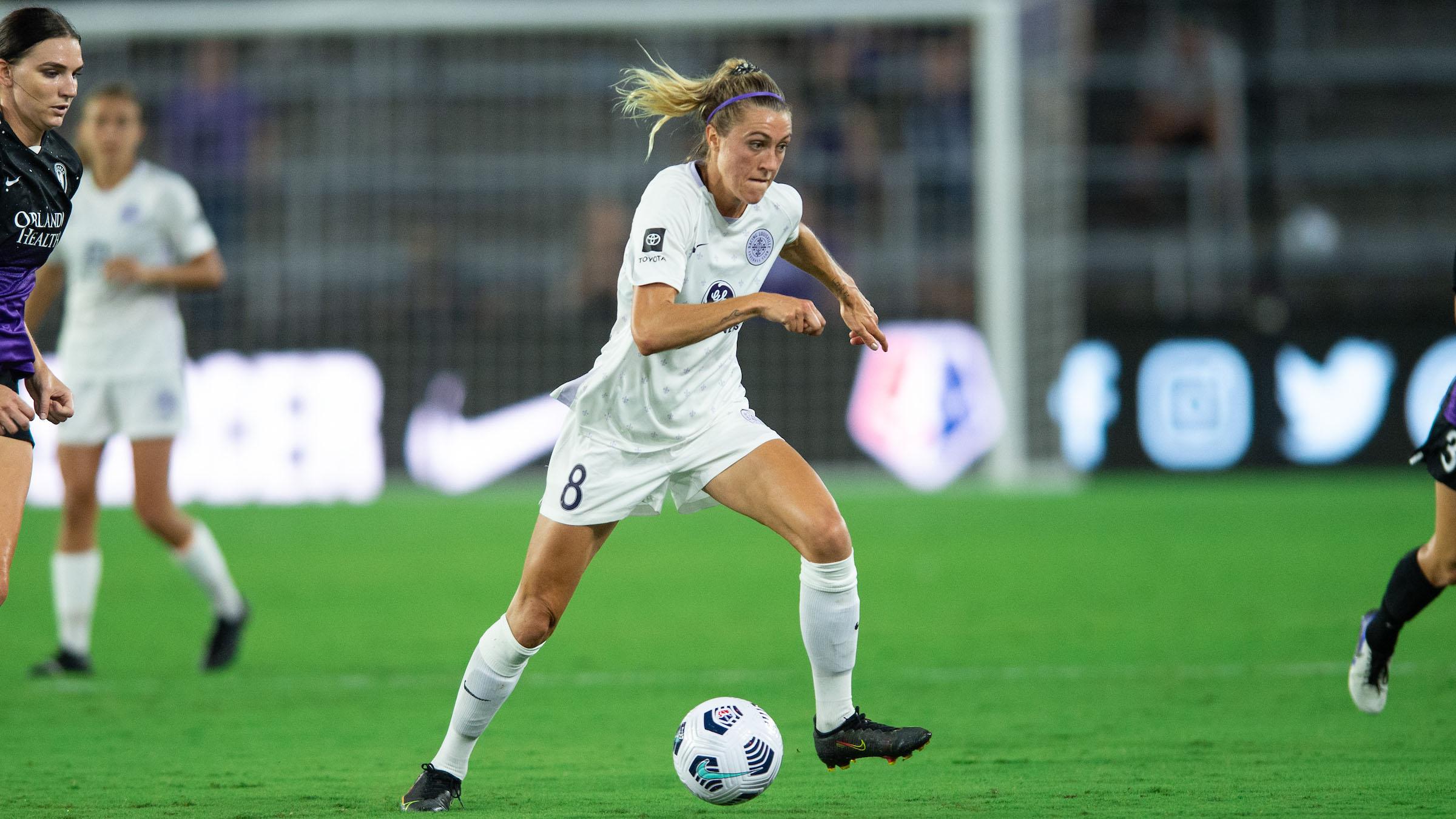 It’s a goal of interim head coach Mario Sanchez to see the ladies in lavender get a better result when Racing meets Orlando again at 7 p.m. Saturday inside Exploria Stadium.

Sanchez, in his first full week in charge of the NWSL expansion club, said he’s hoping to see Racing push on for a second goal rather than accept its common 1-0 lead, which has so often led to a draw.

And the club could certainly use the points. At 4-8-5, Racing sits ninth on the NWSL table, six points from a playoff spot with seven games to go. As for Orlando, the Pride come in off a draw of their own against the Houston Dash that moved the team to 6-5-7 and fourth in the league standings.

The sides will do battle with coverage on Paramount+ ahead of an international break. Here’s more of what to watch for Saturday…

"As we grow as a team, it is about recognizing those moments where we are up. It is not, ‘Let’s just sit here’ but, ‘Let’s get a second (goal).’ I want them to think more of that way. If we can get them to that mindset, then you will see confidence will build."

"The staff has been great in feeding me information. The more familiar I am, the better. When it comes to in-game decisions, I can trust my instincts. Once the game started, it was soccer. At the end of the day, as a coach, we are helping guide our players through games."

Watch the match on Paramount+ with play by play from Corey Cohen and color commentary by Lisa Roman. Internationally, fans can also stream the match on Twitch.

Mario’s mark: After only three Racing training sessions, the new coach put out a side featuring a high-pressing style of play against OL Reign, plus a few changes, among them forward Jorian Baucom in a starting role. Sanchez is an A license coach with more than 20 years of NCAA Division 1 experience who joined Racing’s parent company, Soccer Holdings, in 2019 to launch its youth academies.

National teamers: Racing will expect more than a pair of call ups, but those announced thus far will see forwards Nadia Nadim (Denmark) and Ebony Salmon (England) both compete in initial 2023 World Cup qualifiers for the respective nations. Nadim is approaching 100 caps for Denmark, while this marks the young striker Salmon’s second full call up for England following a friendly appearance earlier this year.

Nadim nets: Named to the NWSL’s Team of the Month for August, Nadim continued a solid run of form against OL Reign. Her first half goal — serviced from Cece Kizer — marked Nadim’s third goal since signing with Racing earlier this summer. That’s second-best on the team behind Salmon’s five goals. Nadim also has an assist to her name.

Out of the box with Fox: Throughout the season, defender Emily Fox has been a consistent figure in Racing’s starting lineup — but always at left back, at least until last weekend. Sanchez shifted her to the right side against OL Reign, and the U.S. international responded by leading Racing in touches (72), possession gained (13) and clearances (4).

On the other side: Since Racing last saw Orlando, the Pride have also tapped a new manager following former coach Marc Skinner’s departure to take over Manchester United. Becky Burleigh entered with more than 25 years’ experience with the University of Florida, winning a national title in 1998. The Pride are 2-1-3 under her direction so far.

Late goals: They’ve been a hallmark of the two previous meetings between Louisville and Orlando. Back in April, Brooke Hendrix netted a stoppage-time goal to equalize in Racing’s first-ever game, a 2-2 NWSL Challenge Cup draw. Sydney Leroux earned a bit of revenge for her side in July by scoring at the game’s last gasp to force that 1-1 draw.

Meeting Morgan: Both of Racing’s previous matchups against Orlando happened during international windows. With that, the Pride was without some key players, particularly Alex Morgan, a two-time World Cup winner with the U.S. Women’s National Team known as one of the world’s top strikers. Morgan has scored four goals and tallied an assist in seven Pride appearances this year.