Nadim on verge of international milestone with Denmark call up 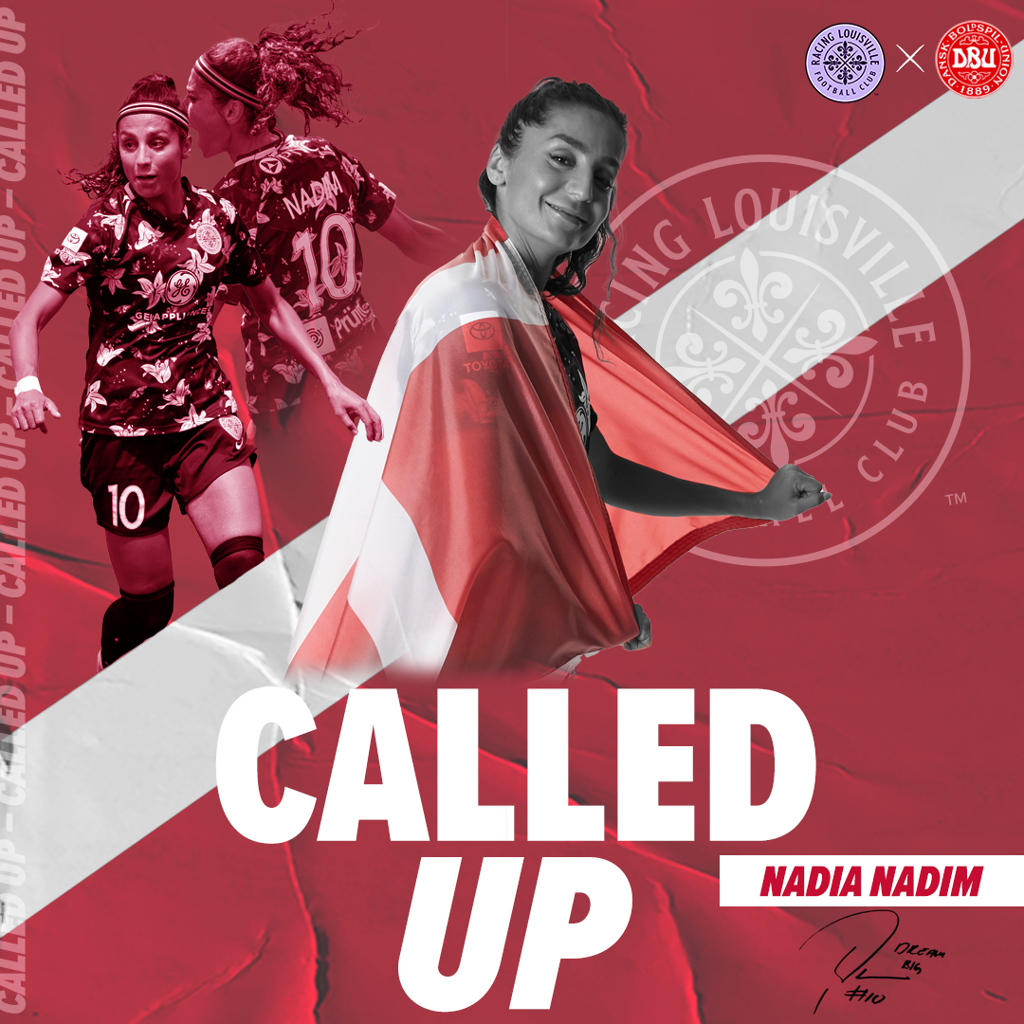 Racing Louisville FC forward Nadia Nadim has been called into Denmark’s women’s national team for the start of 2023 World Cup qualifying, and she’ll head to Europe sitting on 99 appearances representing her adopted nation.

The former Afghan refugee, whose family fled to Denmark as a child, has also scored more than 35 international goals to coincide with an illustrious club career. Nadim will this cycle seek to help Denmark to its fifth World Cup and first since 2007.

“I am excited to go,” Nadim said. “I think I will be earning my 100th cap, so I am super excited to go back and play with the national team. We have a good squad, and hopefully we will qualify for the World Cup.”

UEFA nations are split into nine groups from which the the winner automatically qualifies for the World Cup. Second place advances to a playoff round in advance of the main event jointly hosted by Australia and New Zealand.

Denmark opens qualifying Sept. 16 when hosting Malta before traveling to face Azerbaijan on Sept. 21. Russia, Bosnia and Herzegovina, and Montenegro are other members of Denmark’s group.

Nadim is also looking forward to next year’s UEFA Women’s Euro 2022. She scored two goals last Oct. 20 in a victory over Italy, being named Player of the Match in a win that qualified Denmark for that major tournament.

Nadim also began club play in Denmark. She has gone on to feature for Sky Blue FC and Portland Thorns FC in the NWSL as well as Manchester City and Paris Saint-Germain in Europe.

The 33-year-old joined Racing earlier this summer after helping PSG to its first top-division title. She registered two goals and an assist in August, being named to the NWSL’s Team of the Month, and tacked on a third goal last Saturday when Racing played OL Reign to a 1-1 draw at Lynn Family Stadium.