The forward will be available for selection in two games later this month. 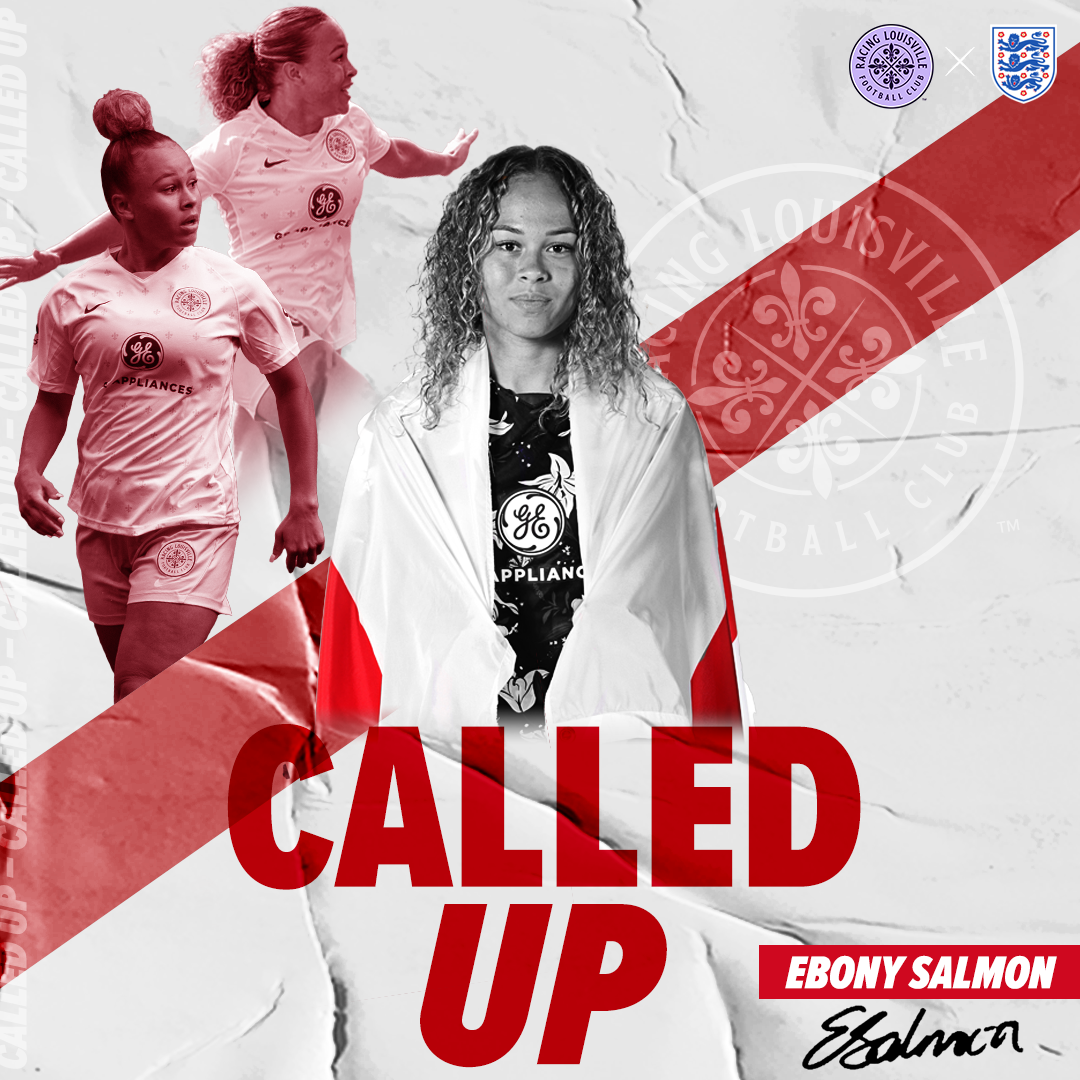 Racing Louisville FC’s Ebony Salmon has been called into camp with England’s national team ahead of her home nation’s initial pair of 2023 World Cup qualifiers, it was announced Tuesday.

The 20-year-old forward — who received her first senior team cap earlier this year — will join the Lionesses for group stage games ahead of a World Cup jointly hosted by Australia and New Zealand.

England plays North Macedonia on Sept. 17 at Southampton FC’s St. Mary’s Stadium before traveling to match up with Luxembourg on Sept. 21. Qualification will continue through September of 2022 with Austria, Northern Ireland and Latvia also in England’s group.

Salmon joined Racing earlier this summer to make an instant impact, scoring a game-winning goal only seconds into her June 20 NWSL debut versus the Houston Dash. She has gone on to tally a team-high five goals across 13 appearances.

Before signing with Racing, Salmon starred for Bristol City in the FA Women’s Super League, scoring a team-leading six goals during the 2020-2021 campaign. Amid that run, England called Salmon up for the first time, and she debuted Feb. 23 in a friendly win over Northern Ireland.

Salmon has represented England up to U19 level and captained the Young Lionesses squad that finished fourth at the UEFA Women’s Under-17 Championship in 2018. Days after her Racing signing was announced, The Athletic tabbed her its WSL Young Player of the Season.