Preview: What to Watch for with Racing Louisville FC vs. OL Reign

Under new leadership, the club looks to make a playoff push. 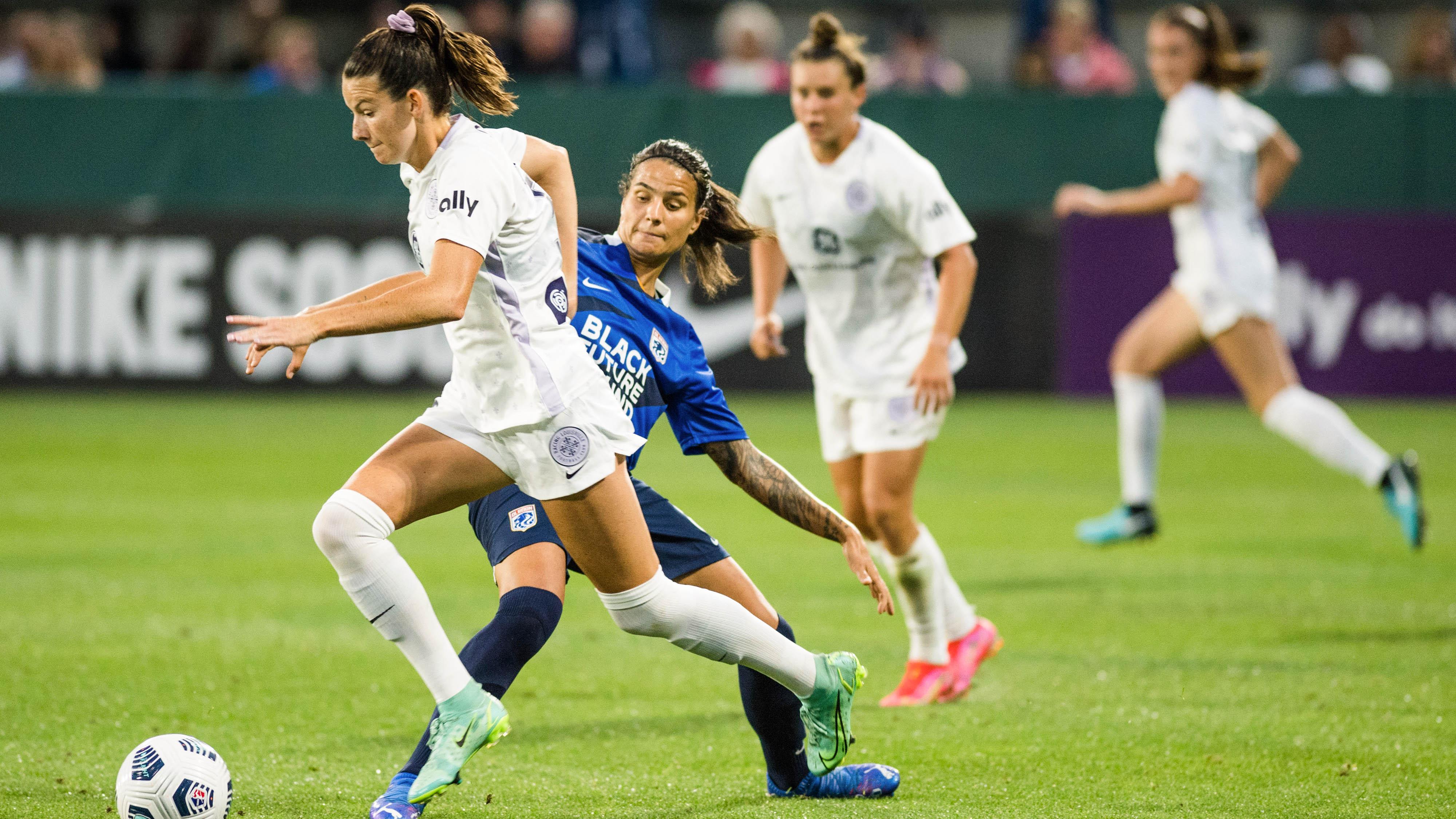 With eight games left in its inaugural season, Racing Louisville FC will look to reinvigorate a playoff push Saturday under new leadership.

Sanchez, head of the club’s youth academy system, is a USSF A license coach with 21 years of NCAA Division 1 coaching experience. He originally joined Racing’s parent company, Soccer Holdings, in 2019.

Louisville goes into this match with a full week of rest, something it hasn’t had since the first half of August. Racing went 1-2-2 in NWSL play during its busiest month of the campaign but also lifted The Women’s Cup in a non-league tournament won over German champion FC Bayern Munich.

Saturday’s matchup marks the second and final time Racing and Reign will meet this season. OL made the most of a few scoring opportunities last go around to post a 2-0 victory on July 31.

Racing hosts the other leg of the series at a key point, now sitting ninth on the NWSL table, seven points from a playoff spot.

Here’s more of what to watch for Saturday…

“I love this club. I know it sounds cliché and corny, but I really love this club, and what does it need me to do to help out? I’m not concerned what happens after this. All I want is for these ladies to have a good experience, a good opportunity to get some results and to continue to improve. The owners have been phenomenal, and my responsibility is to the club, whether it’s with the academy or helping out, it’s what I love to do. This is my happy time, when I’m on the field, whether it’s 6-year-olds or the men or the women.”

“They’re highly motivated. They are phenomenal to work with. Yeah, it’s tough anytime there’s change, whatever circumstances. But you learn real fast how proud they are to be here to play for this club and this city. There’s absolute pride in what they’re doing. And I’m appreciative of how welcoming they’ve been.”

Visiting stars: When Racing last saw Reign, the club was without a number of key pieces on international duty at the Tokyo Olympics. U.S. Women’s National Team standouts Megan Rapinoe — the NWSL’s August Player of the Month — and midfielder Rose Lavelle are both back in the rotation. Rapinoe has scored four goals and registered an assist since her return.

Another new coach: Racing is far from the only NWSL club to experience a midseason coaching change. Reign has as well with Laura Harvey coming on board for her second stint with the Seattle-area side having also coached there from 2013-2017. She returned earlier this summer after working as the USWNT’s U-20 head coach and as an assistant to the senior team.

Midweek madness: Racing, which recently completed a run of five games in 15 days, experienced consecutive weeks with Wednesday matches bookend by weekend fixtures. While the ladies in lavender have caught their break in recent days, OL Reign enters Saturday for what will be its third game in seven days after a 1-0 win Wednesday against the Houston Dash.

Defined leaders: Through Racing’s first 16 regular season games, only captain Michelle Betos and vice captain Savannah McCaskill have started every match. The goalkeeper Betos has played every minute of the campaign, while McCaskill leads the club in minutes on the pitch for a field player at 1,408.

OL Reign connections: Two players on Racing’s roster previously represented the Seattle-area side. Betos played there from 2018-2020 before going to Racing in the 2020 NWSL Expansion Draft. Defender Julia Ashley was traded to Reign in early 2020 but never appeared for the club due to injury before also going in the expansion draft.

First Start: Finally getting over injury woes, Ashley made her first NWSL regular season start Sunday in Houston. Throughout the early part of the season, Ashley — originally selected sixth in the 2019 NWSL College Draft — dealt with nagging ailments but has gone on to appear in 10 games.

Caught in transition: The 49th minute proved to be the difference in Sunday’s 1-0 Racing loss at Houston. At one end of the pitch, Racing had an opportunity from a Nadia Nadim cross that Lauren Milliet hit the ball wide. Moments later, the Dash won on a loose ball in the midfield and transitioned into attack to score the game’s lone goal.