The ladies in lavender controlled much of the game but came away empty-handed. 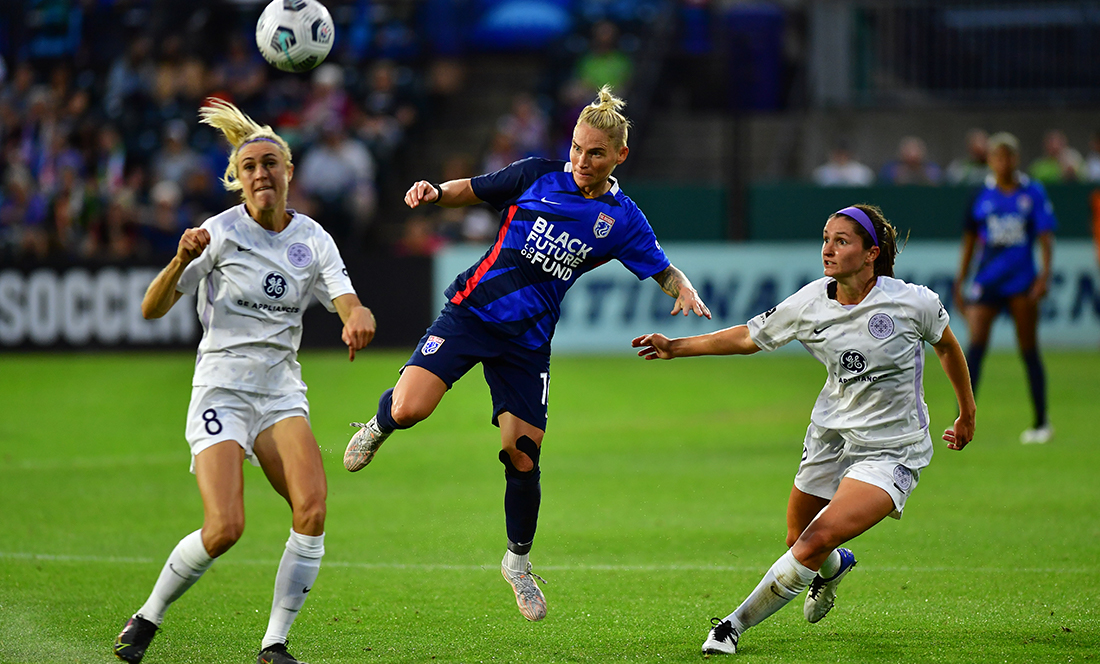 The sample size remains limited, but the formula to Racing Louisville FC’s success in its inaugural NWSL season remains simple.

Find a way to score, and the expansion franchise has walked away with at least a point, going 3-0-1. Don’t score at all, and Racing’s almost bound not to get a result with an 0-6-1 record.

The latter scenario played out late Saturday at OL Reign when French star Eugénie Le Sommer scored a pair of flashy first half goals in a 2-0 victory over Racing at Cheney Stadium in Tacoma, Wash.

This marked the first meeting between Racing and Reign — the final new opponent for Louisville this year — and kicked off just past 10 p.m. ET, the club’s second-latest start time on the schedule.

Racing moved to 3-2-6 overall and remained ninth on the NWSL table, a spot ahead of fellow expansion side Kansas City.

“Tough game and a tough loss,” said head coach Christy Holly. “I think the second half — and large parts of the first half — were a reflection of the team we want to be on a consistent basis.”

The visitors did appear to have the better of the game early before Le Sommer — a highly decorated member of the French national team — made the difference with some individual brilliance.

In the 28th minute, she cut out, then in, bringing a Racing defender to her knees before a smooth finish. Le Sommer registered her brace in transition, getting behind the Louisville defense in the 43rd minute and drilling a one-on-one shot on the goalkeeper.

From then on, Racing regained control but couldn’t finish a chance for the second straight game dating back to Sunday’s home defeat to the Washington Spirit, also a 2-0 score line.

“Obviously we had our moments during that game when we felt like we put them on the back foot,” midfielder Savannah McCaskill said of Saturday’s game. “It’s the same story. We have to learn from it eventually. We have to stop them from scoring in those moments, and we have to put away our chances.”

A cross from Emily Fox to Nadia Nadim ended with a header inches wide of the bar in the 51st minute. Five minutes later, Ebony Salmon faced the OL Reign keeper and forced a save.

Louisville kept on firing, out-shooting Reign 10-2 over the final 45 minutes and controlling 50.6% of possession for the game. Standouts included Salmon, who tried a team-high six shots, while Nadim accounted for four key passes.

But Racing didn’t hit the back of the net, getting shut out for the seventh time in 11 games as the new club finds its footing. The next opportunity for the ladies in lavender comes Sunday, Aug. 8, hosting Kansas City.

“What I hope we take away as a group is we can play with anyone in this league,” said goalkeeper Michelle Betos. “You look at Reign and where they are in the standings right now — I don’t think that’s reflective of the kind of team they are. From one to 10 in this league, every team is good, and every game is going to be a hard game.

“What we should take away from this game is from the vast majority of it, we put them under pressure. We made things difficult for them. Obviously Le Sommer’s a class player. They’re a team full of a ton of talent. When you let talent get in like that, it’s going to be tough to stop.”

Player of the Match: Nadia Nadim