Kizer in a better position to ‘influence the game’ for Racing

Recent arrivals to the club have shifted a top offensive threat into a preferred role. 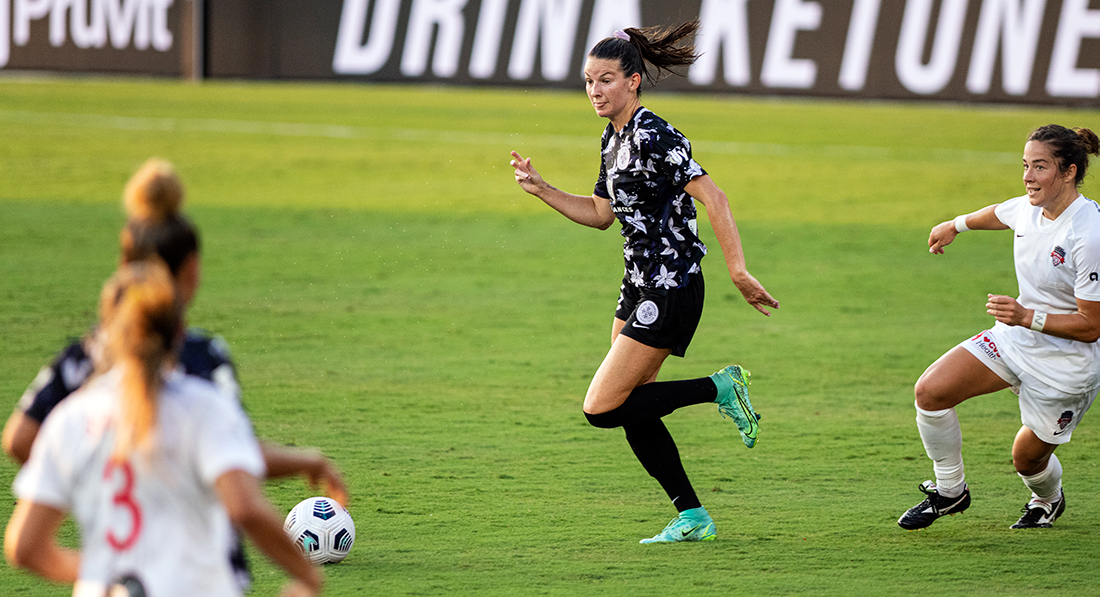 It took only 12 minutes of game action for Cece Kizer, selected by Racing Louisville FC as part of the 2020 NWSL Expansion Draft, to prove herself as a steal for the new club.

Kizer netted Racing’s first-ever goal during the preseason Challenge Cup and has gone on to tally three goals and just as many assists across all competitions in 2021.

That’s despite one of Ole Miss’ most decorated players often finding herself as Racing’s center forward — a bit out of Kizer’s comfort zone.

“Cece has done a fantastic job playing through the middle for us,” said head coach Christy Holly. "We’re very proud of her for doing that. Now we’re going to have her in a position where she can influence the game from a different standpoint.”

With the arrival of international forwards Ebony Salmon and more recently Nadia Nadim, Kizer has shifted to the right wing and continued to produce.

Two games back, she had an assist in a 1-1 draw against the Orlando Pride. In Sunday’s 2-0 loss to the Washington Spirit, Kizer created four scoring opportunities for Racing, including three shots on target during a Player of the Match performance.

“Cece is at her best working between the lines, connecting with people and running on the attack from deep,” Holly said. “When she gets those opportunities, it’s fun to watch for sure.”

Kizer, who was on loan to Norwegian side Kolbotn IL when selected by Racing, was acquired from the Houston Dash, which saw her appear in 16 games from 2019-2020. Her role has greatly expanded in Louisville to consistent starter and key piece of the offense, ranking among team leaders in minutes played.

“I definitely feel more comfortable out wide, and Christy keeps emphasizing that to me with me and (Emily) Fox being out there and Yuki (Nagasto) coming inside,” Kizer said. “We kind of just interchange.”

Kizer had perhaps Racing’s best look against Washington early in the going at Lynn Family Stadium. Louisville turned the Spirit over in their own half, and goalkeeper Aubrey Bledsoe had to make a diving save on a curler from Kizer inside the box.

“I just need to be more clinical and finish my opportunities when they come,” Kizer said.

As Nadim works into game shape, she only adds to the depth in Holly’s attack, a situation the coach recently called “a good problem to have.”

“I think it’ll just get more competitive for us and make Christy’s decisions harder,” Kizer said. “For us, it’s just getting that chemistry and figuring out what works best for the team.”

Kizer admitted she was star struck upon meeting Nadim. Before long, perhaps the feeling could be mutual.

“Cece is a huge talent. I love the way she plays,” Nadim said. “You can tell right away that she’s a baller, and I’m excited to build up with her. I think she has the pace, and I can see her playing on the right wing, left wing and hopefully providing a lot of assists.”