Moving forward, key pieces are in place for the NWSL expansion club. 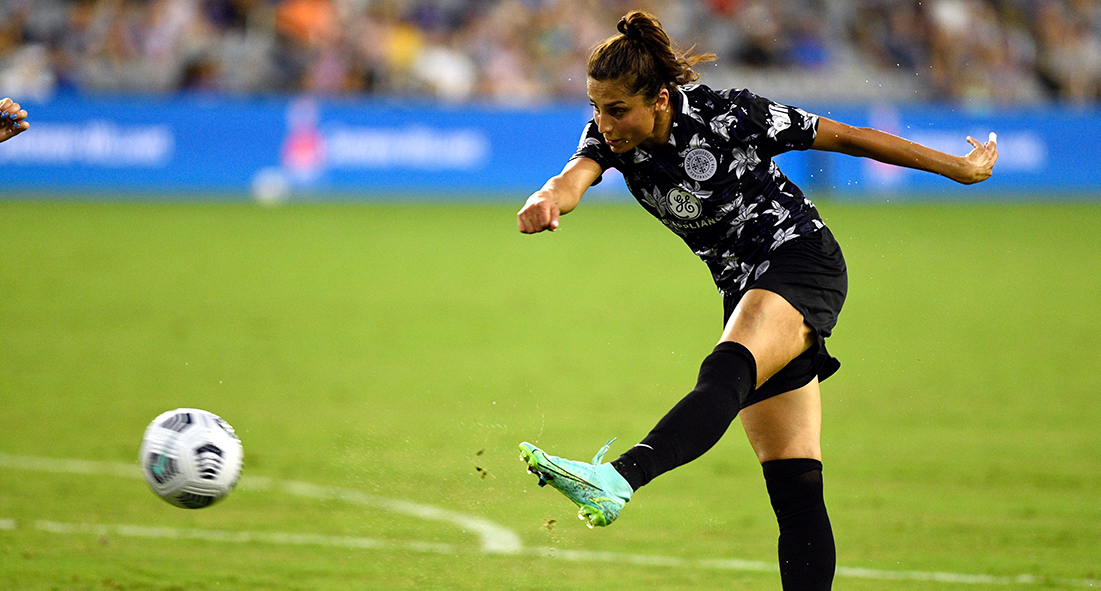 While the result didn’t go Racing’s way in a 2-0 defeat to the Washington Spirit, Nadim’s entrance marked a watershed moment for the NWSL expansion franchise: Coach Christy Holly’s full roster is now available as the season nears its midway point.

Washington dampened the mood in the fifth minute as the league’s leading scorer, Ashley Hatch, scored her sixth goal of the season. Sam Staab doubled the lead in the 58th minute when heading home an extended play off a corner kick.

“I’ll tell you exactly what I said to the team after the game,” Holly said. “When you’re trying to make a masterpiece, you definitely spill some paint on the floor. We just have to be in love with the fact that we’re working toward a masterpiece.

“We can’t just embrace the end product, the outcome. We have to be totally in love with the idea of everyday grinding through a process of embracing the good and bad and the ugly.”

Moving forward, however, Holly has more options in an attack lacking finishing touch Sunday. Racing could consider itself the better team much of the way outside of a few key moments, particularly in the first half as Louisville out-shot Washington 8-5 and held 58% of possession.

Highlights Sunday for Racing included a one-on-one boot from forward Cece Kizer in the 13th minute saved by a diving goalkeeper Aubrey Bledsoe. Following her own shot again in the 63rd minute, Kizer saw another chance fly over the bar in a Player of the Match performance.

“We controlled the first half really well and controlled the game but couldn’t put that ball in the back of the net,” Kizer said, “and gave them one opportunity. They finished and scored again in the second half. it’s on us. We’re just not getting it done on the field, and we need to look inside ourselves and figure out what’s going on and work on finishing and keeping control of the game like we did today.”

Nadim also influenced the game upon checking in. Over the course of 14 touches, she matched Kizer for a team-high four shots, two of which forced Spirit blocks.

Nadim touted an “amazing atmosphere” for her club debut.

“I think the fans are awesome — super happy the way they received me,” she said. “Obviously, after the game there’s so many fans and young girls standing. Good reception — just disappointed we didn’t deliver the three points — but there’s a lot of place for improvement.”

A loss dropped Racing to 3-5-2, with 11 points good for ninth on the table ahead of fellow expansion franchise Kansas City. Washington meanwhile moved to 5-3-3, third on the table at 18 points.

This marked Racing’s first game since July 9, a rare midseason break for the ladies in lavender. They travel next week to play OL Reign at 10 p.m. ET Saturday in Tacoma, Wash.