The Women's Cup to host youth camp coached by the pros

Members of Bayern and PSG will be on hand for the Aug. 20 session. 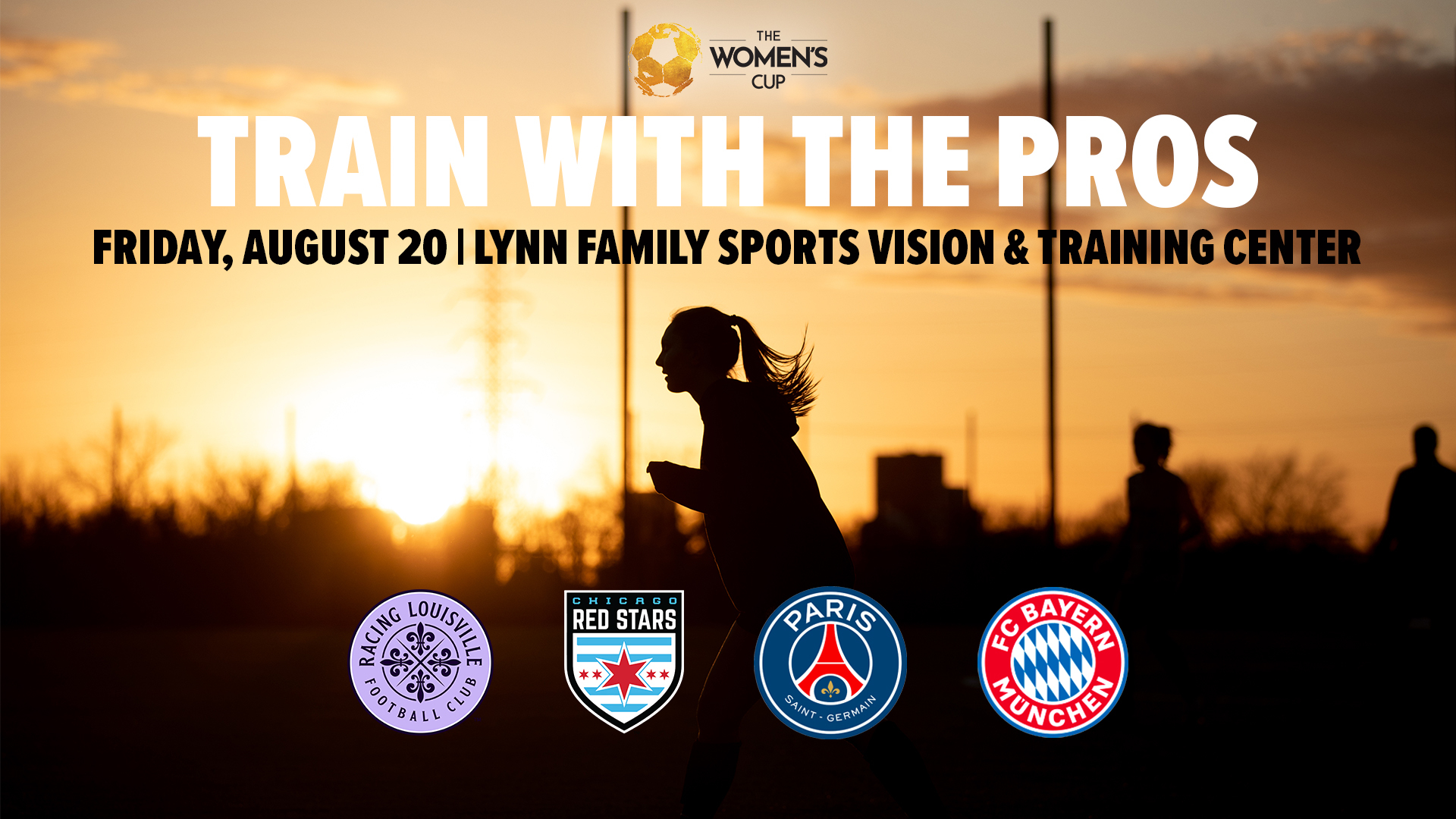 International soccer powers FC Bayern Munich and Paris Saint-Germain will leave an impact on Louisville beyond a pair of inaugural The Women’s Cup matches.

In conjunction with the tournament — to be played Aug. 18-21 at Lynn Family Stadium — players from both clubs will also help lead a unique youth camp while in town, joining their counterparts from the NWSL’s Racing Louisville FC and the Chicago Red Stars.

Camp signups are open now for children ages 6-17 at a cost of $145. The session runs from 5:30-8:30 p.m. Friday, Aug. 20, on the same fields used by professionals at the Lynn Family Sports Vision & Training Center at Champions Park.

In addition to instruction from members of the 2020-2021 Budesliga champion Bayern and Division 1 Féminine winner PSG, each camper will receive a signed photo from a pro player and a training T-shirt.

Coaches will provide conceptual talks to campers in addition to operating stations concentrating on possession, shooting, ball coordination and other vital soccer skills.

“We want The Women’s Cup to be all about fan engagement,” said tournament director J.P. Reynal. “We’d like everyone to enjoy the games but also meet the players and learn from them. This youth camp is the perfect opportunity for local kids to train with the best women’s soccer players in the world.”

The Women’s Cup — an inaugural tournament kicking off in Louisville — consists of two doubleheader sessions.

First, on Wednesday the 18th, are Racing versus Chicago and Bayern against PSG. Then on Saturday the 21st, winners meet for The Women’s Cup trophy to go along with a third-place game.

The competition structure ensures both domestic participants will match up with one of their decorated international counterparts. Tickets remain available at TheWomensCup.world.

In addition to winning their domestic leagues, both Bayern and PSG reached this year’s UEFA Women’s Champions League semifinals. The clubs will be in Louisville as part of their 2021-2022 preseason.

Sign up now for The Women's Cup's youth camp!