Preview: What to Watch for with Racing Louisville FC at Orlando Pride

The team faces off against its original Challenge Cup opponent. 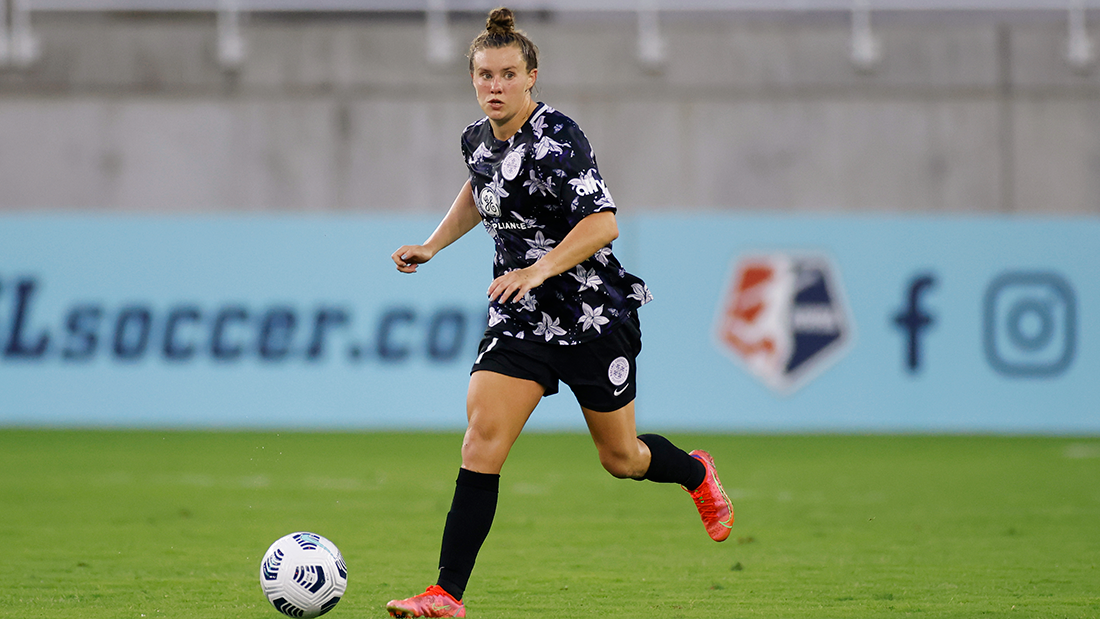 Three months after the franchise’s memorable first match, Racing Louisville FC faces off against that same opponent, the Orlando Pride, on Friday night at Exploria Stadium.

Since then, Racing has continued to add pieces to its roster aiding both the attack and defense. Meanwhile, the Pride opened the regular season going seven games unbeaten before a pair of losses to sit second on the NWSL table.

Similar to when Orlando visited Louisville, the Pride will be down one of its top scorers Friday with forward Alex Morgan on international duty with the United States. The hosts will also be missing Marta (Brazil), Ali Riley (New Zealand) and Erin McLeod (Canada) — all also set to represent their respective countries in the upcoming Tokyo Olympics.

Still counted among the Pride’s ranks will be the likes of World Cup-winning forward Sydney Leroux, defender Ali Krieger and goalkeeper Ashlyn Harris.

With kickoff slated for 7 p.m. ET, fans can stream the match live on the NWSL’s Twitch Channel.

Here’s what to watch for on Friday …

“In different moments throughout this season, we’ve shown the resilience to get us through those tough moments. As we move through this weekend, we want to show more control within the game and take the tempo and the direction of the game. That’s something that will be pieced together through all the previous games where we’ve gained that experience, that understanding and a recognition of what other teams are trying to do to us.”

Watch the match on Twitch with play by play from Mike Watts and color commentary by Lisa Roman.

Over the gauntlet: Racing is wrapping up series of difficult matches that, since the start of the season, as seen it face 2021 Challenge Cup winner Portland Thorns FC and 2019 NWSL champ NC Courage twice — all losses. However, Louisville is unbeaten against all other opponents, going 3-0-1, and will see the Courage just once more this year in September.

Success on the road: Racing’s last away day, June 26 at the Chicago Red Stars, marked the club’s first-ever victory outside Lynn Family Stadium. A 3-0 win also represented the first time Louisville scored on the road, though a scoreless draw to close the Challenge Cup did earn it a point on a May 2 trip to play NJ/NY Gotham FC.

Targets trend up: Racing’s offense, aided by the addition of English forward Ebony Salmon, is starting to come together after a sluggish start to the season. Racing has gone 2-2-0 in its last four games, also scoring four goals. The club numbered 16 shots on target over that span compared to two goals from four shots on target over its first four regular season games.

Set piece problems: Dating back to a June 23 loss to the Courage, the last three goals Racing conceded came off set plays. It was a corner kick that day, while in the Thorns defeat over the weekend Portland scored on a penalty kick and doubled the lead off a short corner kick play.

Bet on Betos: Racing captain Michelle Betos — the NWSL saves leader with 48, 20 more than any other goalkeeper — added five stops to her season total in last weekend’s 2-0 defeat to Portland. Betos has has tallied five-plus saves in six of Racing’s eight games so far this season as a force between the posts.

Foxy on fire: Rookie defender Emily Fox continues to add value on both sides of the ball. Fox, voted Player of the Match against Portland, led Racing with six open play crosses and four duels won. So far this season, the left back — also in the U.S. Women’s National Team pipeline — has played the most minutes (657) of any player selected in the 2021 NWSL Draft.

Available again: After missing seven matches with a knee injury, midfielder Taylor Otto has returned to training. In lavender, Otto made three appearances off the bench during the Challenge Cup and one substitute her appearance in Racing’s regular season opener against Kansas City. The North Carolina product was selected 11th overall in the 2021 NWSL Draft.

College connection: Racing forward Jorian Baucom and Orlando’s Taylor Kornieck are plenty familiar having played together at Colorado in 2018, creating one of the most electric offenses in program history. While going 13-4-3 and just missing the NCAA tournament, the duo helped set program records in points (146), goals (47) and assists (52).

Waiting game: While Salmon and fellow English transfer Gemma Bonner have fully integrated into training, the club is still waiting for its other star international signing’s arrival. Forward Nadia Nadim, previously of Paris Saint-Germain, is awaiting her work visa. The Danish international has previously played in the NWSL with the Thorns and the former Sky Blue FC.