For Racing, 'it’s only through competition that we get better'

The club is looking forward off last weekend's 2-0 loss to Portland Thorns FC. 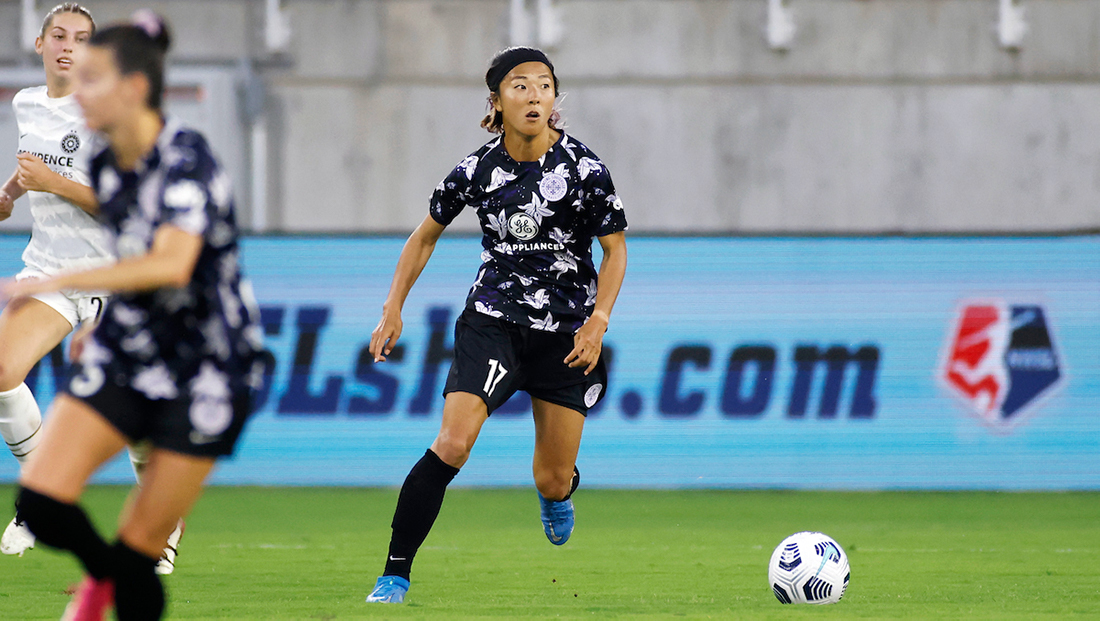 Racing Louisville FC entered its weekend matchup against Portland Thorns FC having won two of its last three games, enough to put the NWSL expansion club in a playoff position at the quarter mark of the season.

But while carrying momentum into a bout against one of the league’s premier teams, Racing fell 2-0 to Portland on Saturday in a game where coach Christy Holly’s side had opportunities but couldn’t capitalize.

Amid the peaks and valleys that come from an inaugural season ‒ such as winning 3-0 on the road over the Chicago Red Stars, then winding up on the wrong end of a 2-0 score line —  Holly wants Racing to stay concentrated on itself.

“We’re not fooled by looking at results,” he said. “We’re more focused on how we performed at the end of games, and I don’t think we put in a good performance. We feel if we continue to grow and we continue to add pieces to our game on a weekly basis, the results will take care of themselves.”

“There were good movements — good connections,” he said. “We got into the dangerous areas. That’s something to be happy about.”

That started just seconds into the game when Ebony Salmon had a point-blank shot in the box, seeking what would have been her third goal in four appearances for Racing. The try was turned away by Thorns goalkeeper Bella Bixby.

Over the ensuing 28 minutes, Portland pressed Louisville goalkeeper Michelle Betos into making six saves. The sequence finished with a penalty earned and game-winning goal by the visitors.

Racing — which had two more decent scoring chances in the second half — will continue to look forward. The club was without its new center back, Gemma Bonner, with the Manchester City transfer resting for precautionary reasons, Holly said. Fellow defenders Julie Ashley and Addisyn Merrick continue to integrate coming off injuries of their own, both subbing on against the Thorns.

Of course, on the horizon is perhaps Racing’s biggest addition yet, the former Paris Saint-Germain forward Nadia Nadim, who’s awaiting her work visa to make her way to Louisville this season.

“It encourages more competition around training and it’s only through competition that we get better,” Holly said of such additions, “so it’s something to be excited about and we’ll use that to our advantage.”

Racing will move on in the immediate future to see the second-place Orlando Pride on Friday night at Exploria Stadium. The Pride are led by Alex Morgan and Sydney Leroux, both with four goals this season, though the former will be out this weekend on international duty.

“There’s no weekend where you can take your foot off the gas,” Holly said. “We have to show up. We have to perform.”