'It has been incredible'; Academy standout Sanchez trains with first team

The 16-year-old has dreams of being a pro she can measure early with the new NWSL club. 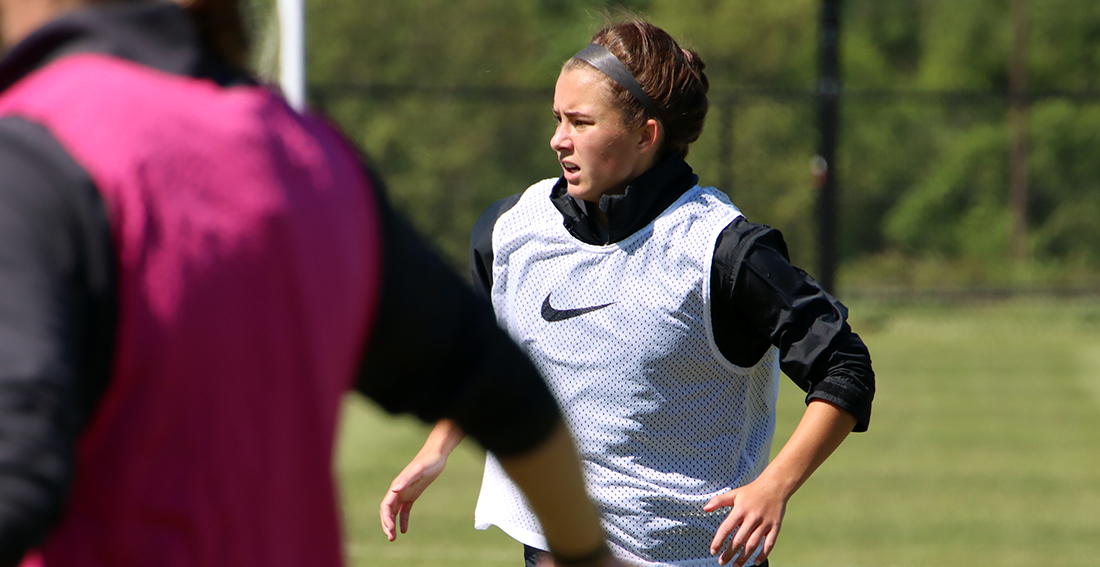 Having just completed its first season, the Racing Louisville FC Academy is already providing opportunities for players that no other youth system in the region can match: the ability to train with a club in the world’s best women’s soccer league.

Sixteen-year-old Ella Sanchez is doing so on a regular basis, mixing in with Racing’s first teamers to continue a big year for the rising star.

Sanchez, who’s coming off a call up to the United States U-17 National Team's Virtual Camp in February, trains with her academy team three times a week in the evenings. Twice a week in the mornings, she also works with a small group called the Elite Training Initiative.

Over the past month, Racing head coach Christy Holly has also invited Sanchez to join his squad several times.

“It has been incredible,” Sanchez said, “especially in the mornings when you are training and you can see the pro teams next to you. You see how intense that level is.”

“Ella has certainly earned that opportunity with the work that she has done away from as well as in team training,” said Racing Academy Director Tim Nowak. “She has gotten a lot of respect from her teammates. I know a lot of our younger girls look up to her and hope to someday fill in her shoes.”

When Sanchez received her youth national team call up back in February — effectively putting her in the 2022 FIFA U-17 World Cup player pool — it marked a first for either the Racing or Louisville City FC academies.

“I was very surprised that we had a player already that is capable of transferring into the first team,” Holly added. “Ella has come in and done great. She wants to learn. She is asking questions. She has developed some nice relationships with the team. It is exciting for the first team, but it is fantastic as well for the academy.”

When she first trained with the first team, Sanchez noticed the speed and intensity of play immediately. While the adjustment was difficult for her, Sanchez finds focusing on what matters makes it easier for her.

“When I get out there, I try to have the mindset that this is supposed to be fun, and I am trying to make myself a better player,” she said. “I am trying to play as quick as I can and try my because this is their job and I want to make them better too.”

In part, the Racing players are making Sanchez a better soccer player. When she competes with her academy team on the weekends, she now feels more prepared for her competition.

“I think her being in the professional environment every day will push her to make good decisions on the ball, which she is very capable of doing at a high level,” Nowak said.

Sanchez hails from a family deeply entrenched in the local soccer community. Her father, Mario, heads the academies and serves as assistant coach for LouCity’s first team. Her brother, Sebastian, is an all-state standout on the boys side and high-profile member of the LouCity Academy.

Growing up in Illinois, Sanchez first played for one of the midwest’s most competitive youth soccer programs in St. Louis Scott Gallagher. As with Racing, it’s a member of the top youth circuit, the Elite Clubs National League.

While Sanchez may be the first player to get the opportunity to train with the Racing first team, she surely won’t be the last. The academy’s goal is to bring in the area’s top talents and produce a consistent pipeline of players deserving of college scholarships and pro contracts.

“I think it goes in lock step with our mission as an organization: prepare young women to play at the highest level,” Nowak said. “We want to give them opportunities to expose them to the professional environment.”

“We are showing that we can play at that platform here and you don’t have to move from this great city,” Holly added. “You develop as a player. You can play professionally. And you can have a fantastic career right here. This opportunity is a great stepping stone for the club.”