Proceeds will go toward a number of local nonprofits. 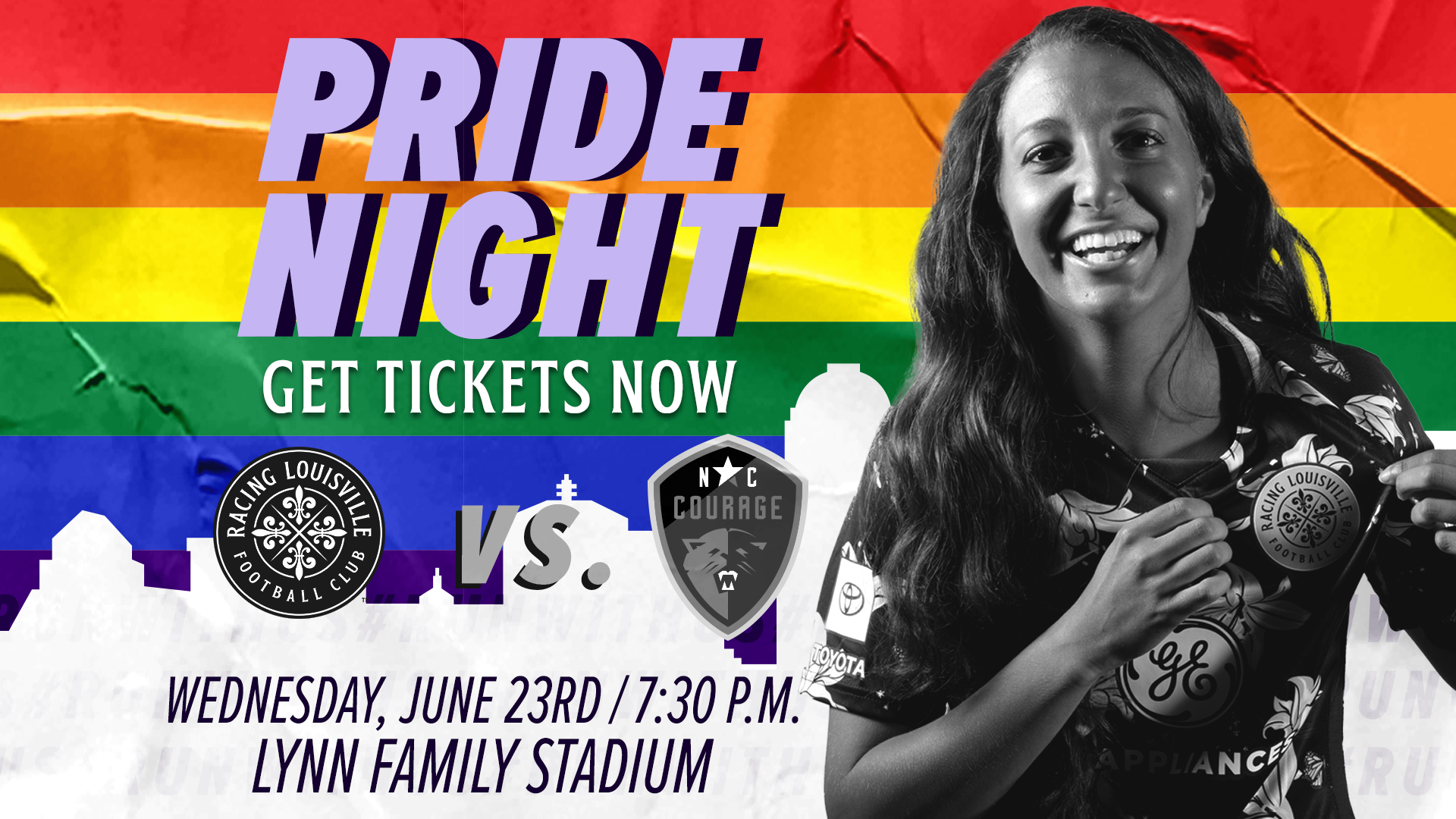 Racing’s Wednesday, June 23, matchup with the NC Courage and LouCity’s Saturday, June 26, showdown against Indy Eleven will serve as occasions to further align with the LGBTQ+ community and fundraise for associated local nonprofits.

Proceeds from all team Pride merchandise, now available online and in Lynn Family Stadium’s Team Store, go toward the Butchertown Neighborhood-based Louisville Pride Foundation. The foundation seeks to promote unity between LGBTQ and straight allies by engaging in a conversation with the broader community about what makes us one while celebrating what makes us different.

Additionally, supporter groups representing both clubs are actively participating in a Prideraiser, pledging to donate to the Louisville Youth Group for every Racing or LouCity goal scored in June. LYG creates a brave space for LGBTQIA+ Youth and Allies and is dedicated to providing youth with skills and experiences designed to help them thrive as community leaders now and in the future. Click here to contribute to the Prideraiser.

Players will also get in on Pride Night recognition with Racing’s kits to be decorated in rainbow numbers and LouCity wearing its 2021 Pride Warmup Jersey in pregame. A number of activations, including a pre-LouCity National Anthem performance by Voices of Kentuckiana, a chorus that celebrates diversity, will surround Pride Night games.

Following the final whistle, bring proof of your ticket purchase for free admission to PLAY Dance Bar, at 1101 E. Washington Street, for official Pride Night after parties. Proceeds from an occasion-oriented custom cocktail will be donated the Louisville Pride Foundation.

“Having the chance to be a part of our Pride Night planning and Pride Month activations has been really special,” said Lauren Schuster, the clubs’ community engagement coordinator. “As an organization, developing the growth and continuing to foster a meaningful relationship with the LGBTQ+ community is imperative to us.

“Here at Racing and LouCity we believe in equality for all. Using our platform to help create a space where those around us can be their most authentic selves is only the beginning of what we want to be a part of within the LGBTQ+ community.”

Beyond Pride Nights, Soccer Holdings is exploring a workshop and/or training from Louisville-based Queer Kentucky to educate its employees further about inclusion, diversity, intersectionality, and trans-inclusivity.