The forward brings unique experience on and off the field to the NWSL expansion club. 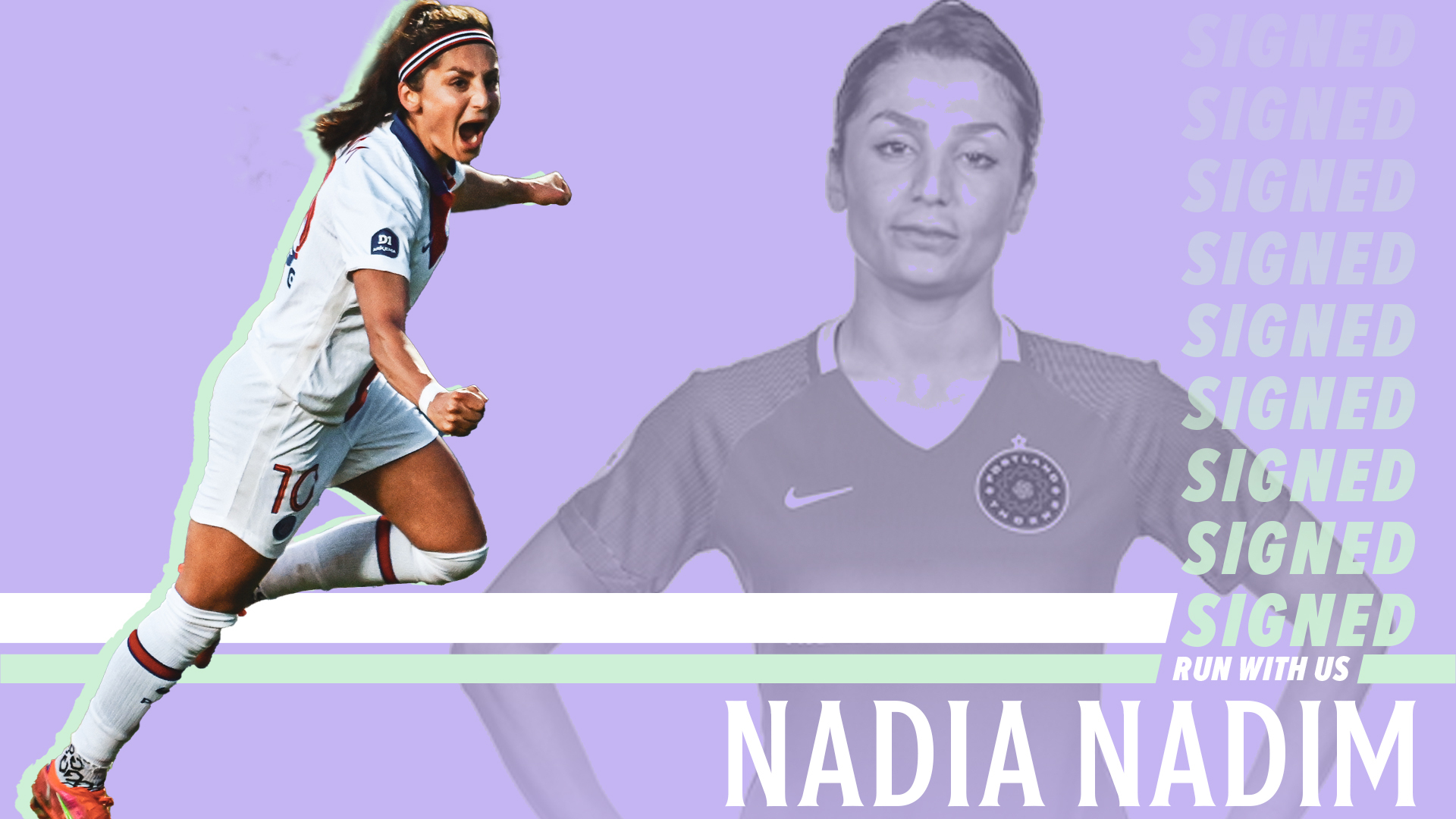 Forward Nadia Nadim, who numbered 10 goals and four assists on the season in helping Paris Saint-Germain to its first Division 1 Féminine title clinched just last week, has signed to continue her career with Racing Louisville FC.

Racing and Nadim agreed to a contract including allocation money that runs through 2023, bringing one of the world’s most prolific scorers and humanitarian athletes to the NWSL expansion side upon receipt of her work visa.

“We are delighted to have Nadia in our club and city,” said Racing’s head coach, Christy Holly. “We feel that being able to secure an iconic, world-class player is a strong statement of our intent moving forward. Nadia has had a tremendous amount of success throughout her career, and we are excited to tap into those experiences as we build our club.”

Afghan refugees, Nadim and her family fled to Denmark during her childhood. There she discovered soccer, received citizenship and now represents the Danish national team, which Nadim is in camp with ahead of Thursday’s friendly against Australia.

The 33-year-old is also an Aarhus University medical student one semester from graduation. She plans to complete her education in order to become Dr. Nadim, specializing in reconstructive surgery following a career on the pitch.

Nadim will arrive in Louisville after two seasons with PSG. In recent years, she also starred for NWSL power Portland Thorns FC (2016-2017) and England’s Manchester City (2018).

"I’m looking forward to returning to the NWSL to be a part of Racing Louisville FC,” Nadim said. “The club has an interesting future with a lot of talented players and, from what I've seen and heard, a great fanbase.

“Everyone who knows me understands that I will give blood sweat and tears for that lavender jersey. I want to create history with Racing Louisville, and I can’t wait to get started.”

Holly, Racing’s coach, worked previously with Nadim during her stint in 2014 and 2015 with the former Sky Blue FC of the NWSL. As Holly came up as an assistant before eventually landing the head coaching job, Nadim made her mark in what’s considered the world’s top women’s soccer league.

Lethal from the penalty spot, Nadim will wear No. 10 for Racing, expected to be among leaders on an especially young squad. She was voted Denmark’s Player of the Year in 2016 and 2017; led Portland in scoring with nine goals as it won the NWSL shield in 2016; and saw PSG end French superpower Lyon’s run of 14 domestic league titles.

“Racing Louisville contacted my agent in January and, after hearing the plans that James O’Connor and the ownership has for the club, it became interesting quite quickly,” Nadim said. “The fact that Christy Holly is the coach later made it a priority. Since leaving Sky Blue, I’ve always said I wanted to work with Christy again. Now we reunite at such a great organization. I’m thrilled.”

Along with her former NWSL teams, Nadim could run into PSG while representing Racing. The French champions will take part this August in The Women’s Cup, a four-team tournament at Lynn Family Stadium that also includes FC Bayern Munich. In her final days with PSG, as detailed by CNN, Nadim helped the club partner with KLABU, an Amsterdam-based charity that builds sports into refugee camps around the world.

Nadim’s signing rounds out Racing’s international contingent of players for the club’s debut campaign. World Cup-winning forward Yuki Nagasato (Japan) and midfielder Freja Olofsson (Sweden) have become regular starters since signing during the offseason, while defender Gemma Bonner and forward Ebony Salmon — both from England — are more recent additions to the squad.