Fox named to NWSL's Team of the Month for May

The defender led a back line that posted clean sheets in two of its three games. 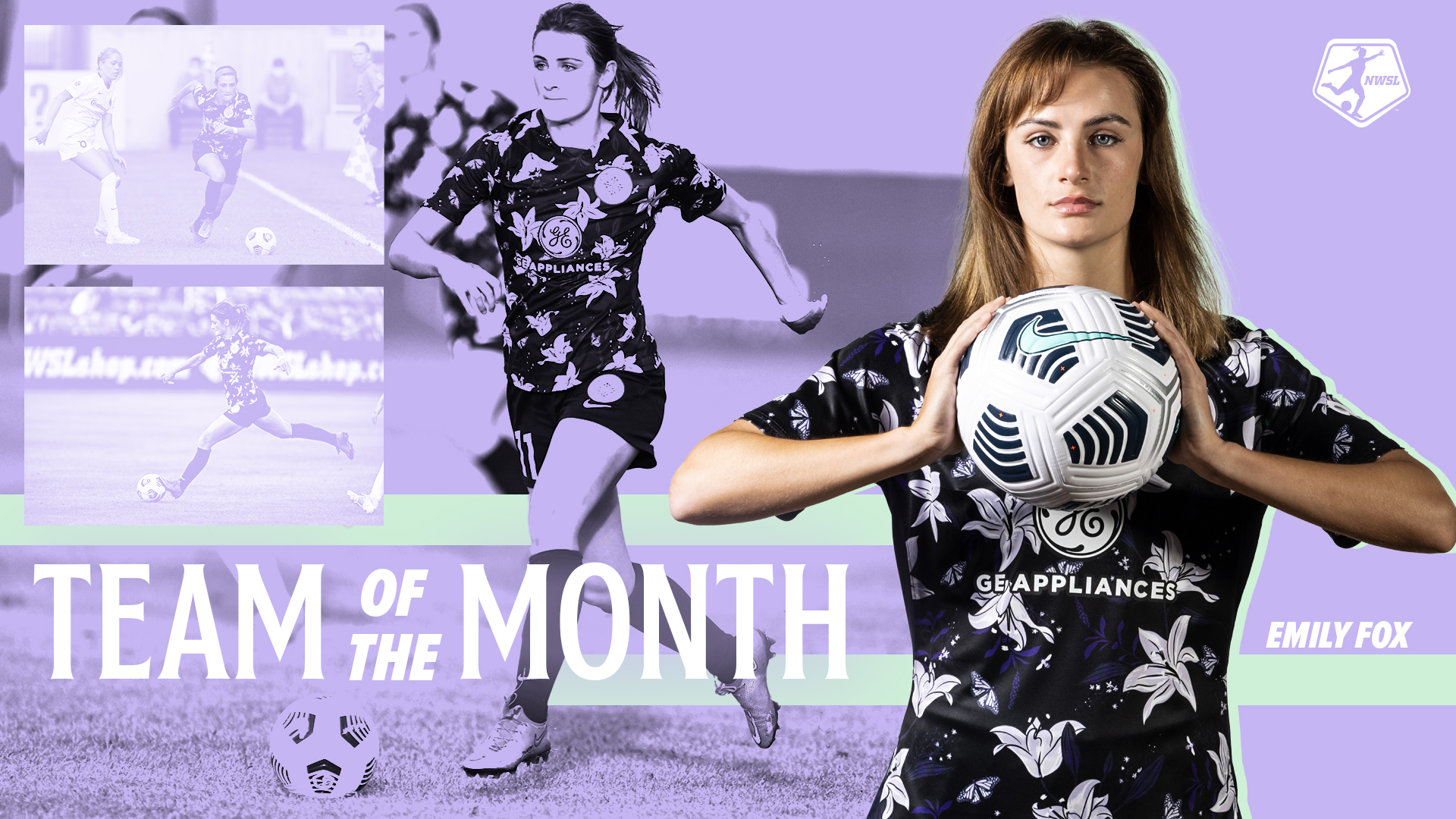 Racing Louisville FC defender Emily Fox was on Thursday among 11 players named to May’s National Women’s Soccer League Team of the Month as voted on by the NWSL Media Association, a collection of writers that cover the league on a consistent basis.

Out of the University of North Carolina, the No. 1 NWSL Draft pick Fox started at left back for Racing in all three of its games as the expansion club opened its inaugural season 1-1-1. The first two of those results both included clean sheets, a nod to Fox’s abilities defensively. But she’s known to get up and into Racing’s attack as well, offering plenty of pace.

“She’s been a fantastic acquisition,” coach Christy Holly recently said of Fox, also a young member of the U.S. Women’s National Team player pool. “The exciting thing is we know there's so much more to her game.”

Here’s more on the latest Team of the Month…

GK – Kailen Sheridan (NJNY): Starting all three of NJ/NY Gotham FC’s games in May, Sheridan posted two shutouts and saved 94 percent of the shots she faced across the trio of matches, collecting a 2-0-1 ledger.

D – Caprice Dydasco (NJNY): Dydasco was rock solid in Gotham FC’s back line, appearing in every game and successfully winning more than 60 percent of her tackles while garnering an 83 percent pass rating.

D – Emily Fox (LOU): An integral piece of Racing Louisville FC’s defense, Fox made 11 clearances, intercepted five passes and won more than half of her challenges in the air to help the league’s newest team to a 1-1-1 record early in the regular season.

D – Phoebe McClernon (ORL): Playing in every minute of the Orlando Pride’s May campaign, McClernon tallied an assist in the team’s first goal of the regular season against Washington and successfully won over 70 percent of her tackles.

M – Debinha (NCC): The 2021 Challenge Cup MVP has carried her impressive campaign into the regular season, notching a goal and two assists in the Courage’s 5-0 win over Louisville. The forward’s two assists were also a league high throughout the month.

M – Crystal Dunn (POR): Dunn has been electric since she joined the Thorns last October, amassing 10 shots in four starts that culminated with a stellar goal in Portland’s 1-0 victory over Gotham FC.

M – Jess Fishlock (RGN): A perennial power for OL Reign, Fishlock showcased her playmaking ability in three starts in May, dishing out six key passes and completing 86 percent of tackles to give her team several quality scoring opportunities.

F – Sydney Leroux (ORL): Leroux contributed a pair of key goals for Orlando in May, notching the game-winner in the Pride’s opening match against Portland before scoring the opening goal in a 2-1 win over North Carolina.

F – Alex Morgan (ORL): Also May’s Player of the Month, Morgan led the league with a goal in each of Orlando’s four contests, including the team’s first goal of the regular season and the game-winner in the Pride’s 2-1 road win over North Carolina.

F – Mallory Pugh (CHI): Leading Chicago in scoring in May, Pugh kickstarted a pair of scoring chances in the Red Stars’ 2-0 win over Kansas City by assisting on each of her team’s goals. The forward also tallied a goal in Chicago’s 2-1 setback against Houston.