The first of them falls on June 20 as the club hosts the Houston Dash. 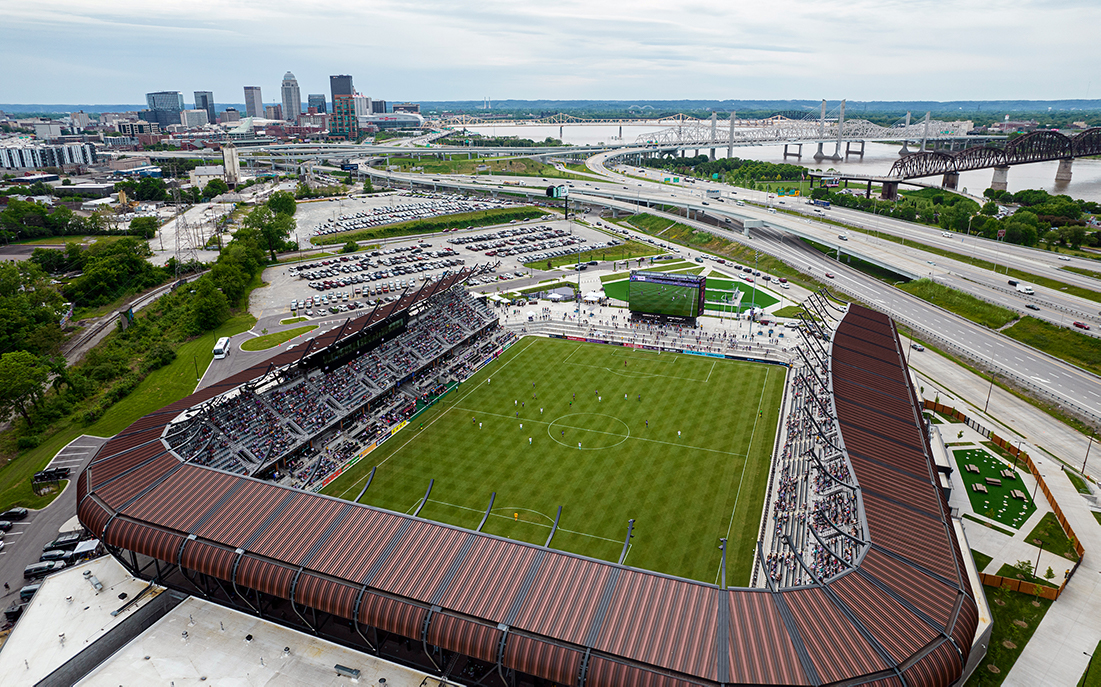 Lynn Family Stadium is ready to fully open for business.

Single game tickets and 5-match packs for remaining Racing Louisville FC home games — all to be played at 100% capacity inside the new Butchertown neighborhood venue — go on sale at 11 a.m. Wednesday via RacingLouFC.com/tickets or by calling (502) 568-2489 during regular business hours.

Additionally, the club can confirm tickets to The Women’s Cup go on sale June 15, with the in-season tournament bringing Champions League semifinalists FC Bayern Munich and Paris-Saint Germain to town.

The Women’s Cup will consist of an Aug. 18 doubleheader between Racing and the Chicago Red Stars of the NWSL along with a Bayern-PSG matchup. Winners meet to cap the Aug. 21 session with a third-place game preceding.

Fans are encouraged to visit TheWomensCup.world now to make a ticket reservation. Those with reservations will receive first right to select their seats once tickets go on sale.

Racing has opened its inaugural season 1-1-1 as an expansion team in the world’s best women’s soccer league, the NWSL, and plays away once more on Saturday against the Portland Thorns before returning home.

The ladies in lavender will host the Houston Dash (June 20) and North Carolina Courage (June 23) in their first games without attendance limits.

The Dash, winners of the 2020 NWSL Challenge Cup tournament, feature on their roster U.S. Women’s National Team members Kristie Mewis and Jane Campbell along with Rachel Daly, who’s set to represent England at this summer’s Olympics.

Racing has played to solid fan support thus far with 6,622 on hand for its season-opening draw May 15 against Kansas City. A crowd of 6,011 then saw the club register its first win May 21 over the Washington Spirit with Louisville native Emina Ekic scoring and assisting in the victory.

Thanks to official ticketing partner SeatGeek, fans can also search the resale market in the event of sellouts, meaning tickets are always available online at RacingLouFC.com/tickets.

The venue includes a number of fan-friendly features. There’s a state-of-the-art video board — second largest in Kentucky behind Churchill Downs’ massive screen — ideal seating close to the pitch, myriad food and drink options, solar-powered charging stations, a beer garden and a 72-foot bar at the facility’s open end believed to be the longest in the state.

At 100% capacity, the safe-standing supporter zones at either end of the pitch will make for a wall of support expected to provide Racing and LouCity a true home advantage.