Costello: What we learned from Racing vs. the NC Courage

Even in a 5-0 defeat, Louisville can come away with some positives. 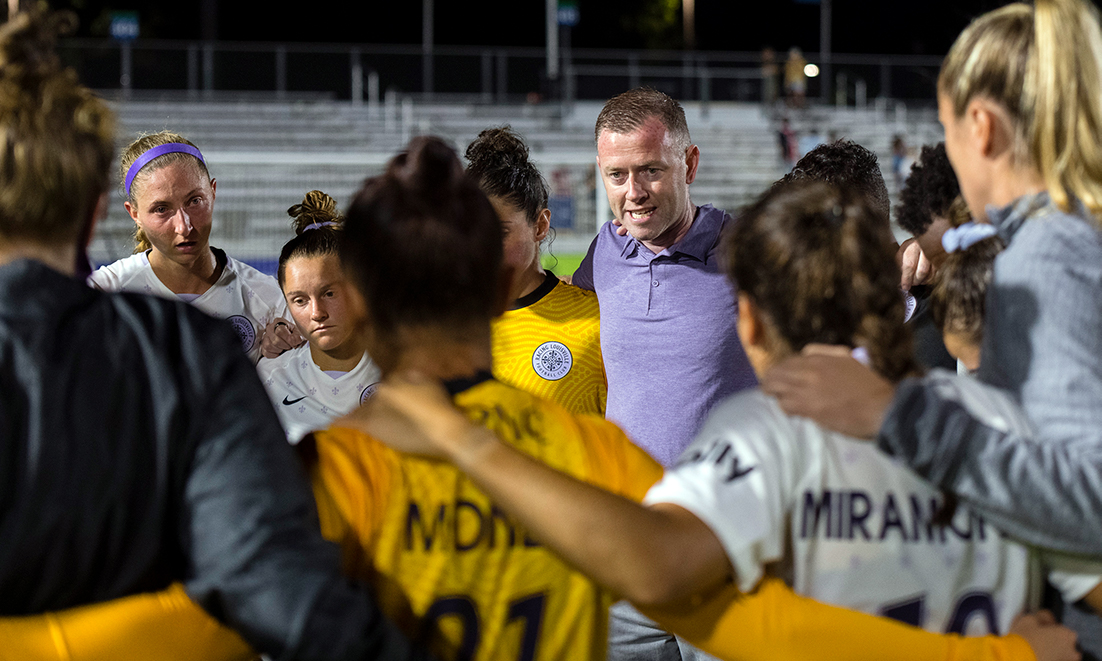 For the first time in Racing Louisville FC’s young history, the club came away from a match without many clear positives following Friday’s 5-0 away defeat to the North Carolina Courage. Still, here’s a bit of what we learned from Game 3 of the 2021 NWSL regular season.

A partnership with potential

Rookie fullback Emily Fox has grabbed the league’s attention in her short time as a pro, but that isn’t the entire story down the left side. Against the Courage, forward Yuki Nagasato and Fox showed the potential of their partnership.

Fox put Racing in the best areas offensively. She was difficult enough to stop that Courage fullback Merritt Mathias had to aggressively tackle her, picking up a yellow card, to prevent a breakaway when the game was still in reach. It simply continued a trend in which Fox is confirming her No. 1 draft selection in how much ground she covers and what she creates.

Nagasato helped Fox by calming the proceedings down for Racing. The former Chicago Red Stars standout has adapted her play to match what Louisville needs. Against the Courage, she maintained possession for Racing, not simply focused on moves that would lead to a goal or assist. Multiple times in the match, she took on double teams and won, moving the ball forward into the attacking third.

This doesn’t show up on paper, but Nagasato gave her teammates time to find open positions on the field. And overall, this pair’s growing chemistry resulted in a combined 73 completed passes too compared to 23 on the right.

Looking just at the final score line doesn’t tell this game’s story, as Racing bent in the first half, conceding a goal, but didn’t break until the final 45 minutes.

The Courage ended the first half with 14 shots. Four were on target, and another four were blocked. It was a performance that looked familiar to last week in what wound up a victory over the Washington Spirit.

“I felt we played pretty well in the first half,” said midfielder Savannah McCaskill. “Going into the second half, we kinda lost our quality. We didn’t continue to defend as a unit.”

Once the first second half Courage shot went in, they added two more in the next 12 minutes. For Louisville, that’s a point where the film should offer a number of lessons.

“It’s not fun,” Fox said. “I do think that losing, especially this way, is a big learning opportunity. On past teams (I’ve been on) this has happened, but as an entire team it benefits them.”

Friday’s loss doesn’t look great on the scoreboard or the standings, but it goes a long way in the growth of this team. Post-match, both Fox and McCaskill all echoed the same thing: that there are no excuses for how they played.

They could have listed all the names of international talents faced on the opposing team — among others, the Courage just added Sam Mewis back to their lineup — but they instead focused on themselves.

“I think tonight’s game will be very very beneficial for us,” said coach Christy Holly. “We’ll be able to reflect and push forward.”

Perhaps it’s the proper sort of test as Racing prepares for another tough trip to play the recent Challenge Cup winner, the Portland Thorns, on June 5.