It marked the club's first defeat of its young debut season. 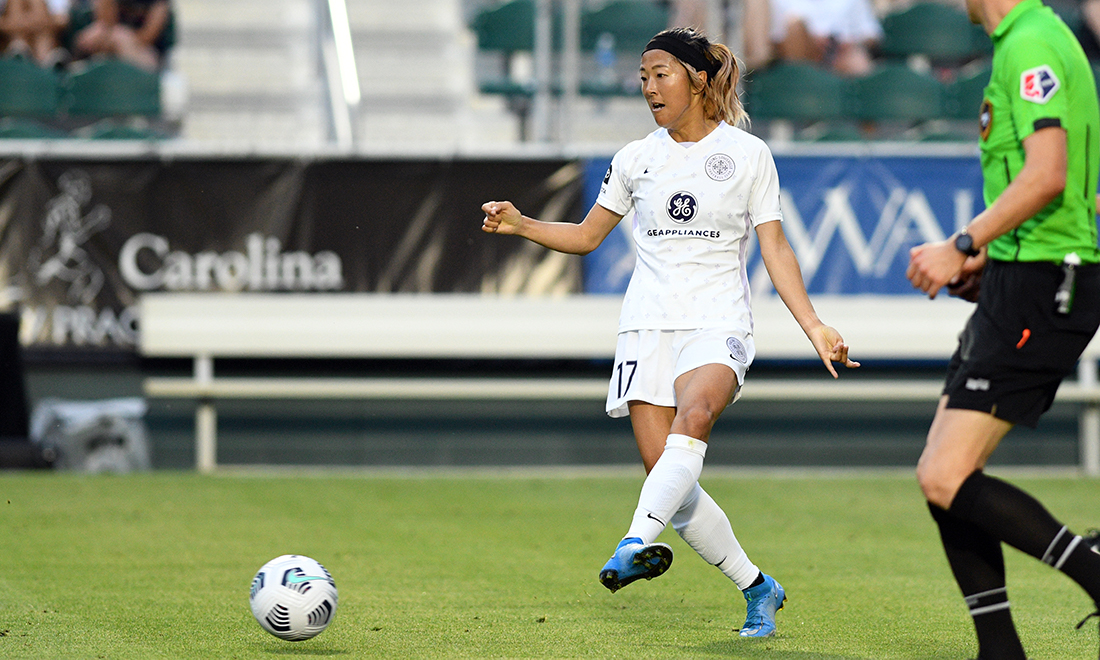 Seven games across competitions into its inaugural campaign, Racing Louisville FC finally showed the difficulty of competing as an expansion club in what’s arguably the world’s best women’s soccer league. It took one of the world’s top teams to force it, too.

NC Courage — NWSL champions in 2018 and 2019 before the COVID-19 pandemic prevented a regularly played season last year — rolled to a 5-0 victory Friday night over visiting Racing at WakeMed Soccer Park in Cary, N.C.

International stars Lynn Williams and Debinha both scored in a game that also marked the NWSL return of Sam Mewis, who earlier this year during a stint with England’s Manchester City was ranked the No. 1 player in the world by ESPN.

"You come down here -- you play against a team that's one of the best teams in the world the last number of years," said Racing coach Christy Holly. "It's a great opportunity to step up, or sometimes you feel the nerves on playing on such a level.

"...Tonight we got a good lesson on ruthlessness from the opposition. We'll take that. We'll take those lesson on board. We'll absorb these lessons, and we'll add it to our game."

Racing struggled to mount much of an attack throughout a game in which weather factored, with increasingly chilly temperatures giving way to some heavy rain. In all, the league newcomers were out-shot 28-6 with the Courage controlling 60.8% of possession.

There were standout individual moments for the visitors, such as rookie fullback Emily Fox’s work up the left side as she led Racing with 68 touches and made a team-high 3 tackles. In the 72nd minute, forward Savannah McCaskill also tried a shot from distance that had to be poked over the bar by Carolina’s keeper.

The hosts largely controlled proceedings, however, scoring early when captain Abby Erceg headed in a seventh-minute short corner — and then often with four more goals in the second half.

"It’s a young team, and we’re going to have to learn from these types of experiences," McCaskill said. "They are one of the best teams in the conference and have some really great players, but we’re not satisfied with this. This is not going to be who we are, but it’s gotta be a learning moment. We have to continue to grow and get better and put together the pieces for the next game."

Debinha, who secured her goal in the 68th minute, also assisted Williams in the 63rd. Hailie Mace rounded out scoring after subbing on, scuffing a grounded shot into the back of the net in the 75th minute before completing her brace in the 90th.

This result came in contrast to last Friday’s 2-0 Racing win, marking the franchise’s first-ever victory. That followed a season-opening draw against Kansas City that temporarily saw Louisville atop the NWSL table.

Dating back to the preseason Challenge Cup tournament, Racing also lost to the Courage, with Friday night’s goals the first since that April 26 game — a span of 289 minutes. Until this North Carolina rematch, the new club had yet to be defeated by more than a goal.

Racing has a bit more than a week to regroup before traveling to play another traditional NWSL power, the Portland Thorns, on June 5.