The former NWSL draft pick was on the lineup sheet for last Friday's win. 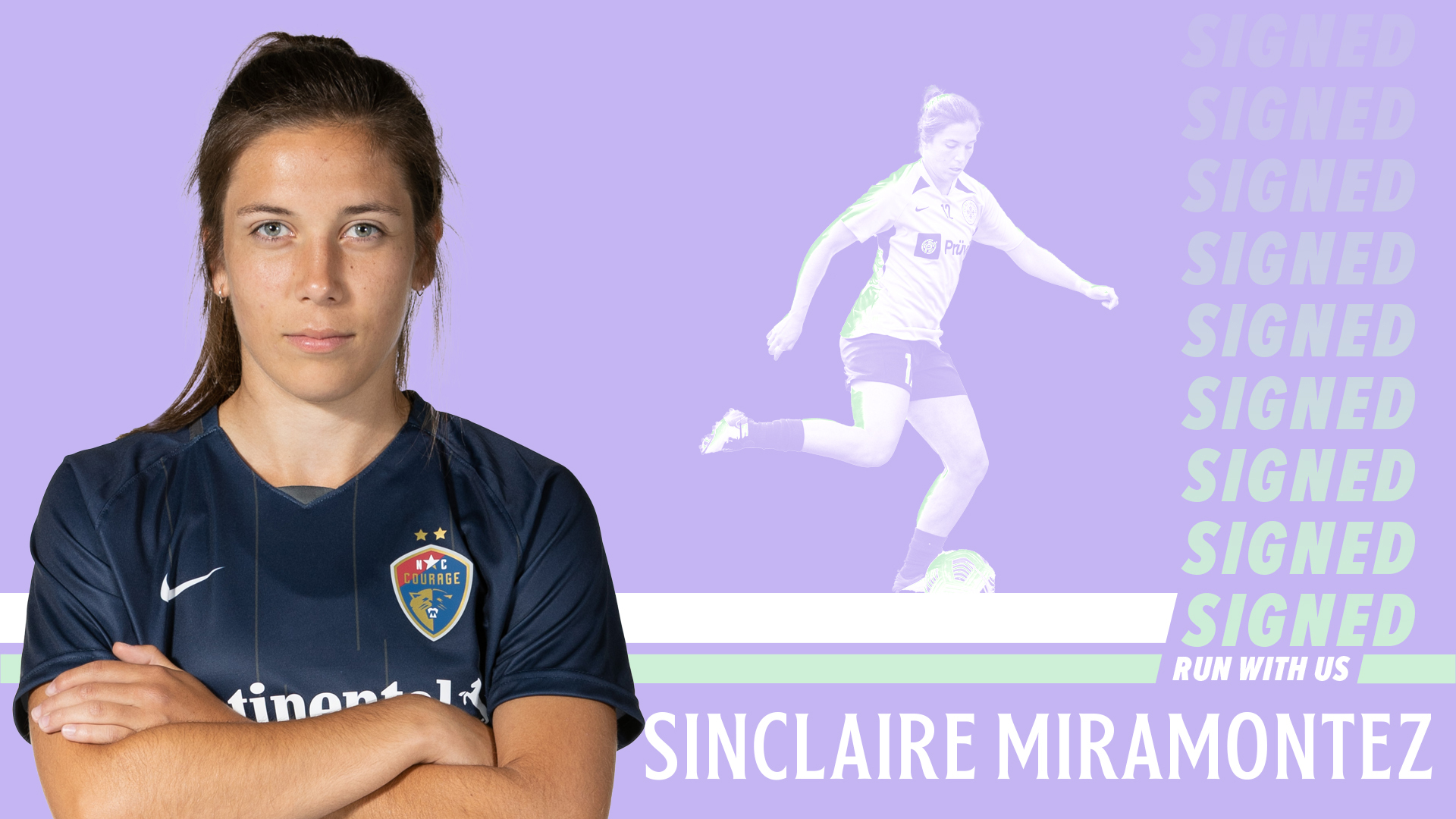 Racing Louisville FC has signed multifaceted defender Sinclaire Miramontez — the 27th pick in the 2020 NWSL Draft — out of a successful trial.

Having trained with the club since before the preseason NWSL Challenge Cup tournament, Miramontez put pen to paper Friday in the hours leading up to Racing’s second regular season game, a 2-0 victory over the Washington Spirit, on a contract running through the 2022.

Miramontez was immediately needed as a reserve after team doctors diagnosed rookie midfielder Taylor Otto with a knee injury that will require time off.

“We had known we wanted to get her under contract,” Racing coach Christy Holly said of Miramontez. “Then things moved forward a lot quicker because of the unfortunate news regarding Taylor, who we hope to see back on the pitch later this season.

“There’s an alignment between what we’re trying to do as a club and where Sinclaire wants to be as a player. She’s young and trying to show she belongs in the NWSL.”

A 23-year-old native of Lenexa, Kan., Miramontez has featured mostly in central defense, including a four-year University of Nebraska career highlighted by multiple All-Big Ten Conference honors and a spot on the 2019 MAC Hermann Trophy Watch List.

“Once I got to the pro level it was brought to my attention that I could develop into a defensive midfielder,” Miramontez said. “I’m starting to transition more into the midfield but still have the ability to play as a center back. Right now I’m splitting time at both and ready for wherever they need me.”

Perennial NWSL power NC Courage drafted Miramontez, and she appeared for the club during last year’s Fall Series, a set of games scheduled in lieu of a traditional full season due to COVID-19. Once the Courage waived Miramontez in March, she went on to spend a week with Kansas City’s NWSL expansion side, which features her older sister Sydney, also a defender.

Another of Racing’s center backs, Addisyn Merrick, grew up with Miramontez playing club soccer in Kansas and also went professional with the NC Courage in 2020. That connection opened the door for Miramontez to trial in Louisville.

“It’s a nice little story to end up back together with each other,” Miramontez said.

An accounting major, Miramontez was also a 2019 Senior CLASS Award Candidate — a recognition for the total student-athlete active in her community — and made the Academic All-Big Ten list each year from 2017 through 2019.

Along the way, she attended training camps for the United States’ U-19, U-20 and U-23 squads before making her professional debut in a season highly interrupted by the COVID-19 pandemic.

“There wasn’t a ton of opportunity for game minutes considering the shortened season,” Miramontez said. “Coming here with a new club and culture, having a full regular season, I definitely consider it a clean slate in that it’s a way to have more consistency to find my foothold in this league.

“The facilities and everything here are second to none in this country. Even when I walk around the community, we see Racing Louisville everywhere and hear from people who are so excited for the team to be here. It’s so unbelievably awesome, and I’m thankful to be part of it.”

Racing, at 1-0-1 to open its 24-game season, travels this week for a 7 p.m. Friday meeting with the Courage at Sahlen's Stadium at WakeMed Soccer Park. Coverage will live stream exclusively on the NWSL’s Twitch channel.