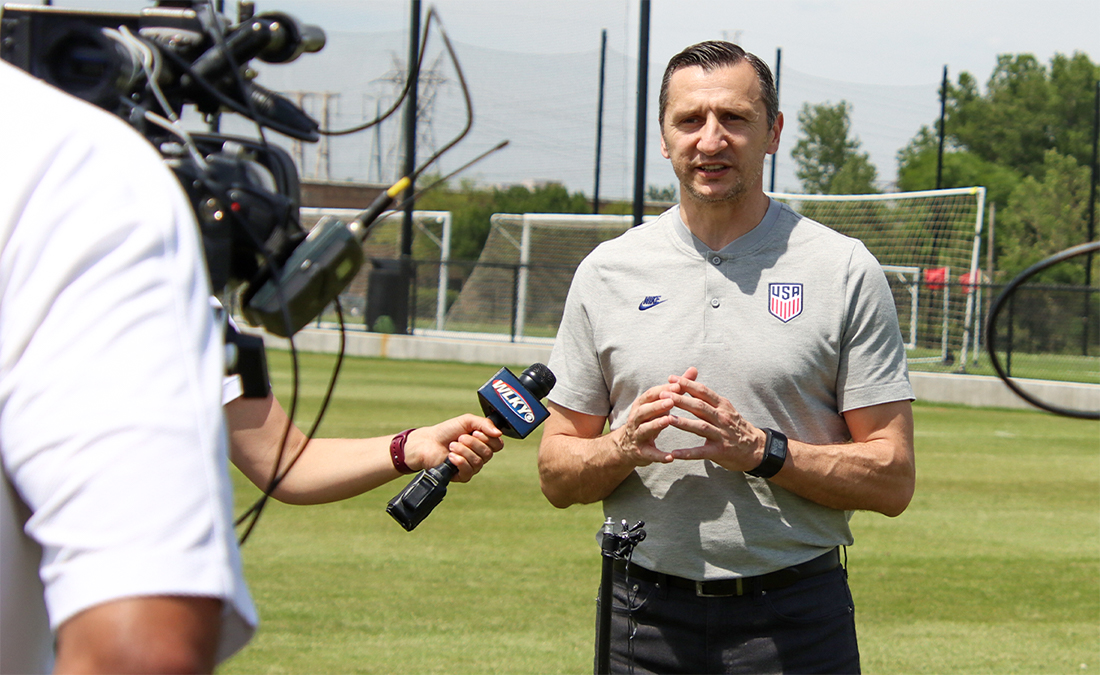 Before getting to work Friday night at Lynn Family Stadium, where he was on hand to scout Racing Louisville FC’s game against the Washington Spirit, U.S. Women’s National Team coach Vlatko Andonovski had a bit of fun.

“I’m excited to see this, obviously, as the national team coach,” Andonovski said during a tour of Racing’s new Champions Park training facility.

Located just a couple minutes from the stadium, the sprawling grounds — to be split with USL Championship side Louisville City FC — include multiple grass and turf pitches, plus a 30,000 square foot building. The teams and back office staff are expected to move in next month.

“For someone who’s been in this league since day one, to see something like this is very fulfilling,” he said. “… For the players that are here playing for Louisville, and even for the players on teams coming and training here a day before a game or two days before a game, it’s a good example of what it should look like. It just makes me smile when I’m walking around this facility.”

Andonovski suggested that the level of facilities and support for players at Racing Louisville will eventually benefit the USWNT, which in the near term heads to the Summer Olympics later this year. Longer term, Racing has some likely prospects for his player pool, with the coach naming forwards Savannah McCaskill and Cece Kizer along with defender Emily Fox.

“Racing has an incredible group of players,” Andonovski said. “They’ve showed in the games so far. I’m very familiar with their qualities. You wouldn’t be surprised if I say Savannah has done an incredible job. Emily, who has been in some of the recent camps, she is doing very well. Cece Kizer, who I’m familiar with from Kansas City, has done a good job. So there’s definitely some young talent there that we’re excited to see.”

Later Friday, 22-year-old Louisville native Emina Ekic scored a curling game winner to defeat the Washington Spirit, and Kizer doubled the lead late in a 2-0 victory, the club’s first-ever win with one of American soccer’s most important figures watching.