Preview: What to watch for with Racing Louisville vs. Washington Spirit

The club will rematch a Challenge Cup foe at 7:30 p.m. Friday. 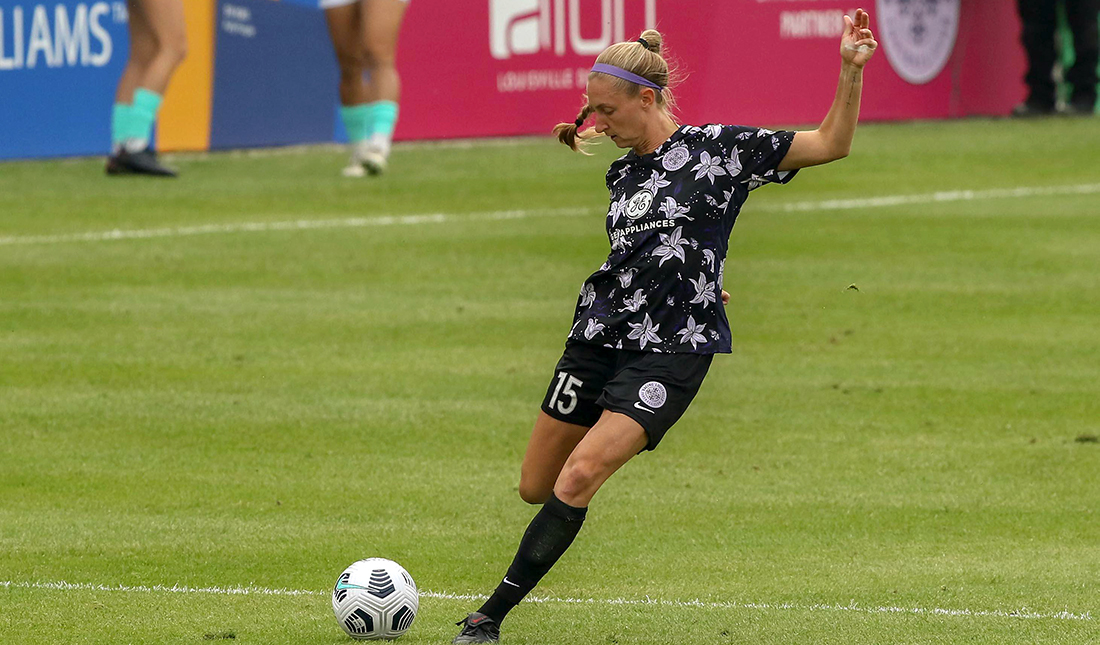 Racing Louisville FC will for the first time face off against a familiar foe when hosting the Washington Spirit at 7:30 p.m. Friday at Lynn Family Stadium.

These clubs first met during the NWSL’s preseason Challenge Cup tournament, when the Spirit scored the game’s lone goal in the 93rd minute for a home victory. This week’s rematch will be played as part of the league’s 32-game regular season with both sides exiting opening day draws.

Louisville out-shot Kansas City last Saturday, but neither team found the back of the net in a scoreless tie, also at Lynn Family Stadium. Racing, however, has posted consecutive clean sheets with a pair of 0-0 score lines going back to the Challenge Cup.

The Spirit, who counted their victory over Racing as their only Challenge Cup victory, went up in the 76th minute of their season opener before conceding an 84th-minute equalizer against the Orlando Pride.

Lynn Family Stadium will on Friday continue to be limited to 50% of its 15,304 capacity under Kentucky’s latest guidelines for outdoor events numbering more than 1,000 people.

"They are an exceptionally talented team. The Spirit has a lot of international talent: Kelley O’Hara, Andi Sullivan and Emily Sonnett. Trinity Rodman is making a  big name for herself, but that is very exciting for the league. I think since we’ve played them, they have made a couple of changes. They have changed their system. They have brought in some of those big names that we have mentioned. We need to make sure that we are not looking back on that game as opposed to looking at their most recent performances.

"...We are very proud of the whole team. I think the bigger picture would be the clean sheet. We all defend as a team, and we score goals as a team. We look at that from the front line, through the midfield, into the backline and then ultimately, Michelle [Betos]. I think they have done fantastically well. They are growing together as a unit and understand their roles and responsibilities."

Watch the match on Twitch with play by play from Joe Malfa and color commentary by Kaylyn Kyle.

Their last meeting: Washington peppered 18 shots to Racing’s 8 when these clubs clashed in the Challenge Cup, which wound up being Racing’s first loss in heartbreaking fashion as Ashely Sanchez scored three minutes into second-half stoppage time.

While that last game was played during a FIFA window, the Spirit will have at their disposal Friday defenders Kelley O’Hara and Emily Sonnett, as well as midfielder Andi Sullivan, all of whom were with the U.S. Women’s National Team at the time.

Managerial matchp: Racing’s head coach, Christy Holly, has faced off against the Washington Spirit seven times, going 2-4 during his time leading the former Sky Blue FC in 2016 and 2017. Holly hadn’t coached against Washington’s manager, Richie Burke, until the two met in the Challenge Cup.

Shutout streak: Racing has held opponents scoreless in back-to-back games, but how the expansion club did so was quite different. On May 2, against NJ/NY Gotham FC, it took four saves from goalkeeper Michelle Betos. Against Kansas City, most of the work was done in front of her, including a standout effort from rookie Emily Fox, who led the back line with 6 clearances and 3 interceptions.

Home heroics: A game last Saturday in which Cece Kizer was kept off the board marked a first for Racing. The forward scored the opening goal in both prior Racing games at Lynn Family Stadium, on April 10 against the Orlando Pride and April 26 versus the North Carolina Courage. Kizer’s pair of Challenge Cup goals were one off tournament MVP Debinha’s total.

A lineup change: Holly elected for one change as the regular season began, inserting the forward McClure on the right wing, marking her first start in lavender and third in NWSL competition. McClure started two games in the 2020 Fall Series. Her performance Saturday included a key pass and cross in 65 minutes.

Box-to-box: Forward Savannah McCaskill put together a Woman of the Match effort against Kansas City by helping Racing on both sides of the ball. Offensively, she tallied 2 shots — including one from distance just high of the bar in the second half — and 3 key passes. Her high press also led to a pair of tackles, an interception and 9 possessions gained for the home side.

Crowding in: Racing’s regular season opener — also its third home game overall — saw a club-record 6,622 fans in attendance, eclipsing the 5,300 on hand for the club’s inaugural game, a memorable 2-2 draw with Orlando in the Challenge Cup. Current capacity limits allow for as many as 7,652 in the stadium before 100% of seats can be sold for games after June 11.