BBC Sport: Nagasato changed the rules by playing in a men's team

Before lacing up in lavender, the forward broke barriers at home in Japan. 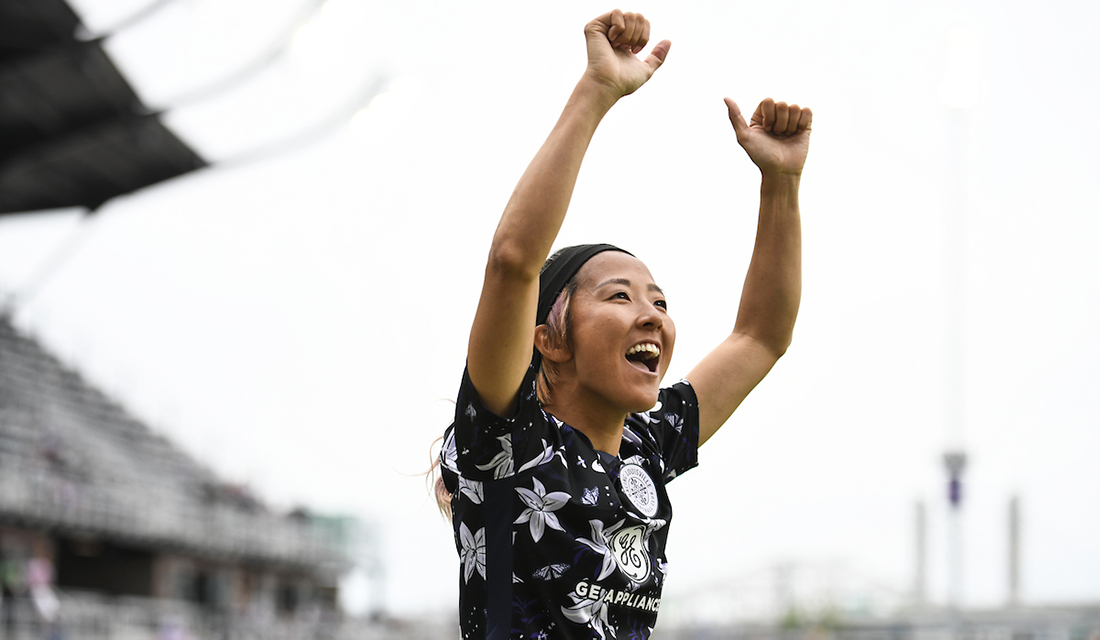 Following the 2020 NWSL Challenge Cup, future Racing Louisville FC forward Yuki Nagasato did not compete in the Fall Series. Instead, she chose to her hometown club Hayabusa Eleven in Atsugi City, Japan, Nagasato explained in an interview with BBC Sport’s Catherine Etoe.

"Some people had a negative reaction, but I don't care," Nagasato said. "I feel so many people reacted in a positive way.

"I wish it would have been more normal, what I did. I hope more women's players can apply to their men's team."

Nagasato featured in the BBC piece published Wednesday and headlined, alongside the Netherlands' Ellen Fokkema, "The women who changed the rules by playing in men's teams."

Nagasato played her first match for Hayabusa Eleven in October.

"It was low key, but a lot of TV came to have interviews with me -- it was crazy," she said. "They made me feel strange. I was, 'Oh, this is not a big thing for me, don't give me pressure like that.' But I played as I can and I played for the team, not myself."

Nagasato made five appearances for the men’s team before a trade from the Chicago Red Stars landed her in Louisville for 2021.

"I was never nervous,” she said. “Of course, everything is faster and quicker than playing in a women's team, but it's not a big, big, difference.

"Now I'm very comfortable with the women's team because it's not faster or quicker than the men. That experience made me push to another level, for sure."