Plus more of what stood out from Racing's season-opening draw with Kansas City. 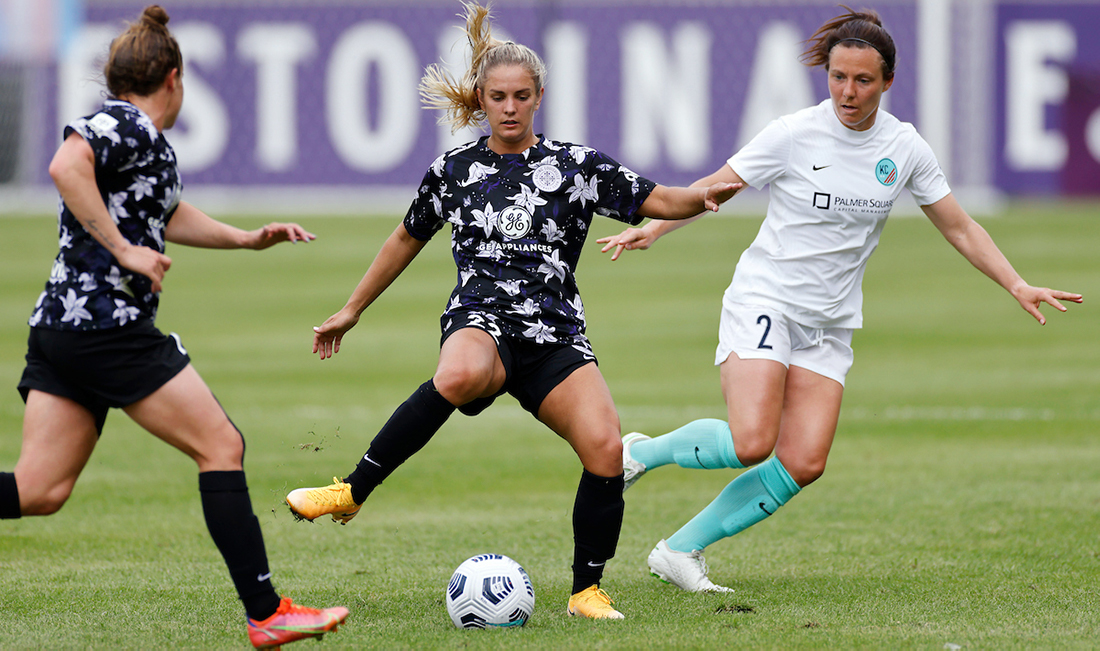 Racing Louisville FC kicked off its first NWSL regular season on Saturday against Kansas City in front of a club-record crowd of 6,622 fans, playing to a scoreless draw.

This go around, Katie McClure, who Racing selected from the Washington Spirit in the 2020 expansion draft, got the call before Ekic subbed on in the second half. McClure managed a chance created from her 21 touches while passing at a 76.9% clip.

“For her first ever NWSL start, I thought she did well,” said Racing coach Christy Holly. “We are exceptionally proud of her. Katie has a very good eye for goal which, for this team, separates her a bit. You can see that in her aggressiveness and her mindset toward goal. We like to see that.

“We would like to see her create more one-v-one opportnities and take advantage of them. Overall, she was a good threat, and we are very proud of her.”

Plus more notes and quotes from the season opener…

• Attacking, midfielder Lauren Milliet took Racing’s only shot on target, also pacing her side in total shots with 3.

• Midfielder Freja Olofsson, new to the NWSL this year, made her 75th professional appearance.

More of what Holly said…

“Obviously, it is a huge positive that we got that clean sheet as a team and it is a building block. We are a first-year team, and they were formally Utah, so there were some established players on that team. For us to come away with a clean sheet, and I thought we were the more dangerous team, it was a really good start. I’m proud of the team’s performance.”