Racing registers a point in season opener against Kansas City

It marked the second clean sheet in a row for the 2021 NWSL expansion side. 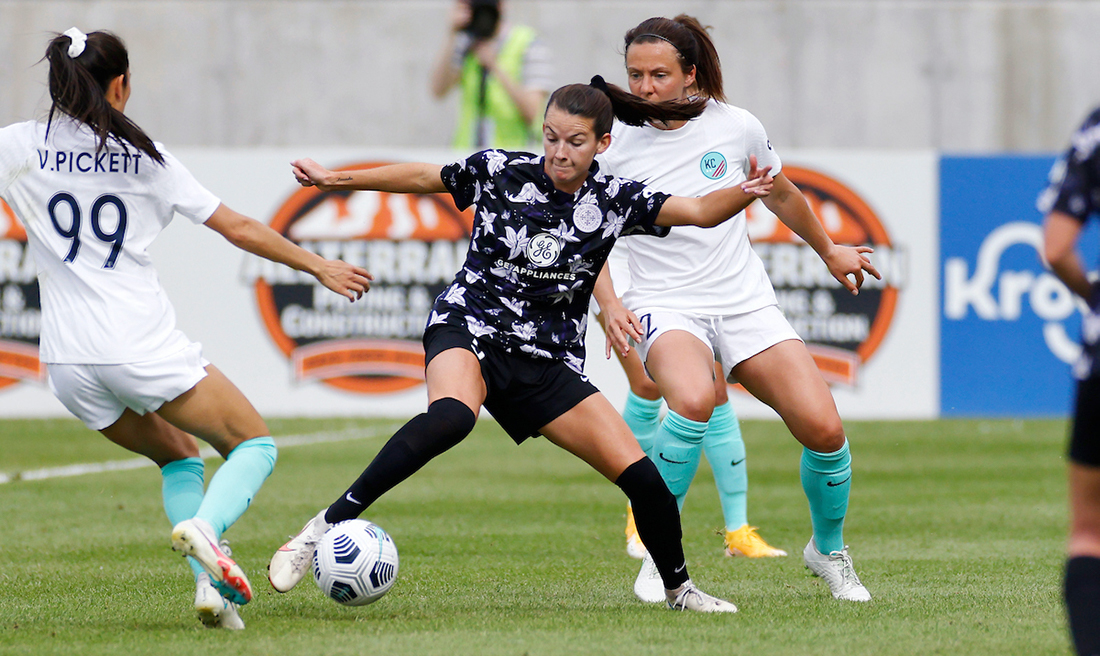 However, visiting Kansas City is a reincarnation of the former Utah Royals, an established club. Racing built its roster from scratch since beginning to acquire players last fall to split points in the first of 24 games this season.

Louisville out-shot and out-possessed Kansas City to the delight of a club-record 6,622 at Lynn Family Stadium, evidencing the group’s potential out of the gates.

"We limited them to a few good chances," said coach Christy Holly. "They had Amy Rodriguez, Darian Jenkins, Mallory Weber and Victoria Pickett. To limit a team like that, and not only keep a clean sheet, but to limit them to smaller chances is something good we take away from this.

"I think the frustration is that in the first half, I thought that we need to clinical with our opportunities. We didn’t unfortunately and we will have to improve on that.”

Racing managed just one shot on goal, in the 36th minute when forward Yuki Nagasato played a cross that was deflected out to the top of the box. Midfielder Lauren Milliet followed up with a rocket handled by Kansas City keeper Nicole Barnhart.

But, particularly thanks to vice captain Savannah McCaskill, Racing remained on the attack.

In the 39th minute, her cross from the right side caromed off a Kansas City defender and nearly went in for a goal. Two minutes into stoppage time, McCaskill made a nifty turn along the end line, drove toward the goal and left a pass for forward Cece Kizer that soared just high.

In all, Racing tallied 13 shots to Kansas City’s 11, blocking 8 of those opposing attempts, and controlled 50.6% of the possession.

Across all NWSL competitions — which includes the preseason Challenge Cup tournament — Racing moved its record to 0-2-3. While the club is still seeking its first victory, Saturday’s result marked consecutive draws and clean sheets dating back to a May 2 trip to play NJ/NY Gotham FC.

“I can’t tell you enough about how proud I am of this team’s performance to keep a clean sheet for two games in a row,” said defender Erin Simon. “We are not conceding, which is really awesome from a defensive point of view. Obviously, we want to start scoring some goals and creating a better result in that final third.

“We are still learning each other as teammates, learning our tendencies, and we are still implementing our style of play. It is a long season, and we have a lot of growing to do so this is a really good foundation to build off of.”

Racing has less than a week to prepare for its next outing as it hosts the Washington Spirit at 7:30 p.m. Friday, also at Lynn Family Stadium.

Woman of the Match: Savannah McCaskill