Preview: What to watch for with Racing Louisville vs. Kansas City

The club looks to kick off the regular season with its first three points. 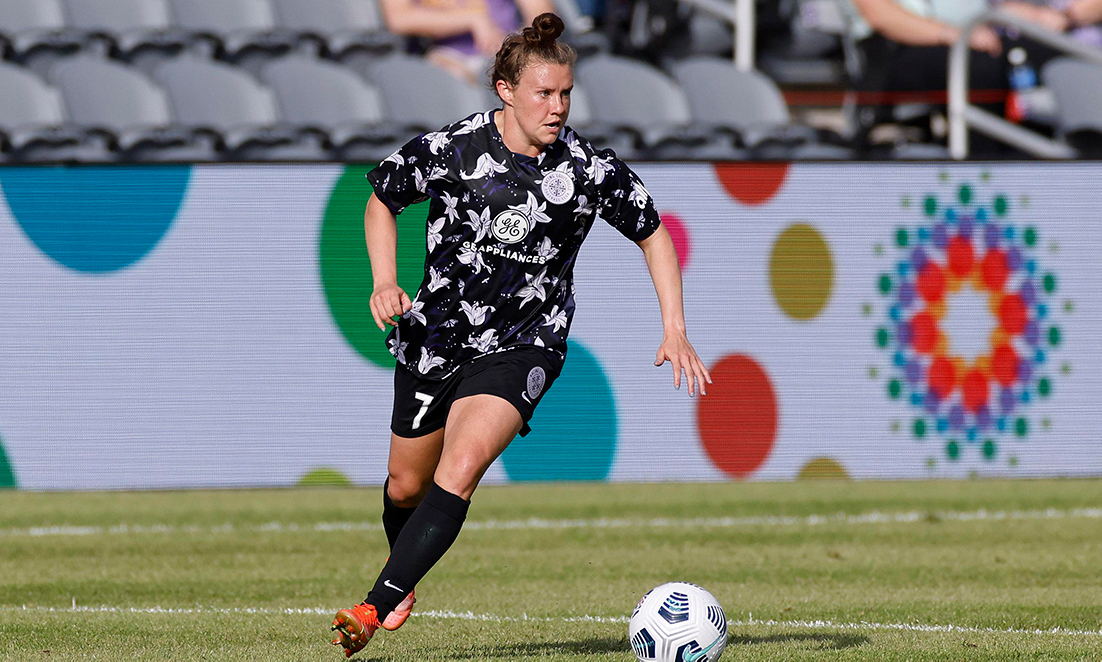 Racing went 0-2-2 during the Challenge Cup, gaining valuable experience before the points count over a 24-game regular season, with each NWSL club seeing the others at least once home and away.

As with Racing, Kansas City enters the weekend looking for its first victory after going 0-3-1 in the West Division. The former Utah Royals franchise relocated going into 2021.

Lynn Family Stadium will continue to be limited to 50% of its 15,304 capacity under Kentucky’s latest guidelines for outdoor events numbering more than 1,000 people.

Here’s what to watch for as the regular season begins…

“We got to learn a lot about ourselves during the Challenge Cup, and we will get to learn even more as the season evolves. The results didn’t go our way, but in a sense I did not want us to be misguided by sneaking a win when we are underperforming. I think it keeps our feet on the ground. It makes it very realistic about where we are as a club. We are in the embryonic stages of our growth in the NWSL. There are no easy games in the NWSL. If you take your foot off the gas for a second, these teams will punish you. That happened to us a couple of times. I think there were definitely a few games where we should have put the game to bed and we didn’t. That is great learning for us. I think we are in a decent place. I think it would be nice to get that win.”

“Kansas (City) is very dangerous. They have a very experienced team. They have been around for a long time. I know they just got there, but the grass is still green in Kansas. It is the same as it is in Utah. It Is a team with a tremendous amount of experience from A-Rod (Amy Rodriguez), Desiree Scott, to Rachel Corsie to Nicole Barnhart. They have a real good spine for their team. What they did is in the last six to 12 months is add pace. They are a quick, dangerous team that on the counterattack can be dangerous and a real threat to us. We need to be buttoned up. We need to be organized. We do have a good feeling going into the game, but we need to be on the top of our game or else they will punish us.”

Know the Foe: In January, Utah Royals announced its move to Kansas City, a shift back after the former FC Kansas City ceased operations four years prior. Under new ownership, the club brought along 15 players from Utah’s roster last year including World Cup winner and captain Amy Rodriguez along with Canadian standouts Desiree Scott and Diana Matheson.

National Spotlight: Saturday’s game will air on CBS Sports Network, making for the second national broadcast in Lynn Family Stadium’s brief history following last July’s opener between the USL Championship side Louisville City FC and Pittsburgh Riverhounds SC on ESPN2. Racing could also end its season on national TV, with CBSSN having the option to pick up the Oct. 31 finale at Gotham FC.

Season Structure: Racing and Kansas City will kick off the NWSL regular season, with two other games to follow Saturday and two more Sunday. Each club has 12 home and 12 away games head, playing through the rescheduled Olympics until the final weekend of October. The top six teams qualify for the playoffs, which conclude with a final the weekend of Nov. 20.

Managerial Matchup: Racing coach Christy Holly has never faced off against Kansas City’s Huw Williams, a native of Wales who helped found and served as general manager or FC Kansas City. Holly, himself a previous coach in the league at Sky Blue FC, went 2-0-1 against that franchise while there in 2016 and 2017.

Kansas Connections: While no members of Racing’s roster have played professionally for Kansas City, two grew up in the area with defender Addisyn Merrick from Lee’s Summit, Mo., and striker Cece Kizer from Overland, Park, Kan. Additionally, forward Katie McClure, who is from Wichita, Kan., attended the University of Kansas with Merrick.

Shutout Preserved: In each of Racing’s opening three Challenge Cup games, the new club conceded goals after the 83rd minute. That trend ended in its tournament finale, a 0-0 draw at Gotham FC. Goalkeeper Michelle Betos made four saves, while Brooke Hendrix led the defense with 3 clearances and Kaleigh Riehl won possession 9 times.

Minutes Leaders: Three Racing players went the distance in all four Challenge Cup matches, totaling 360-plus minutes on the pitch. They were the goalkeeper Betos, the defender Hendrix and Savannah McCaskill, a forward by trade who has played in behind the club’s front line, taking on a role of pressing, winning possession back and distributing.