The native of England led her FA Women's Super League side in scoring last season. 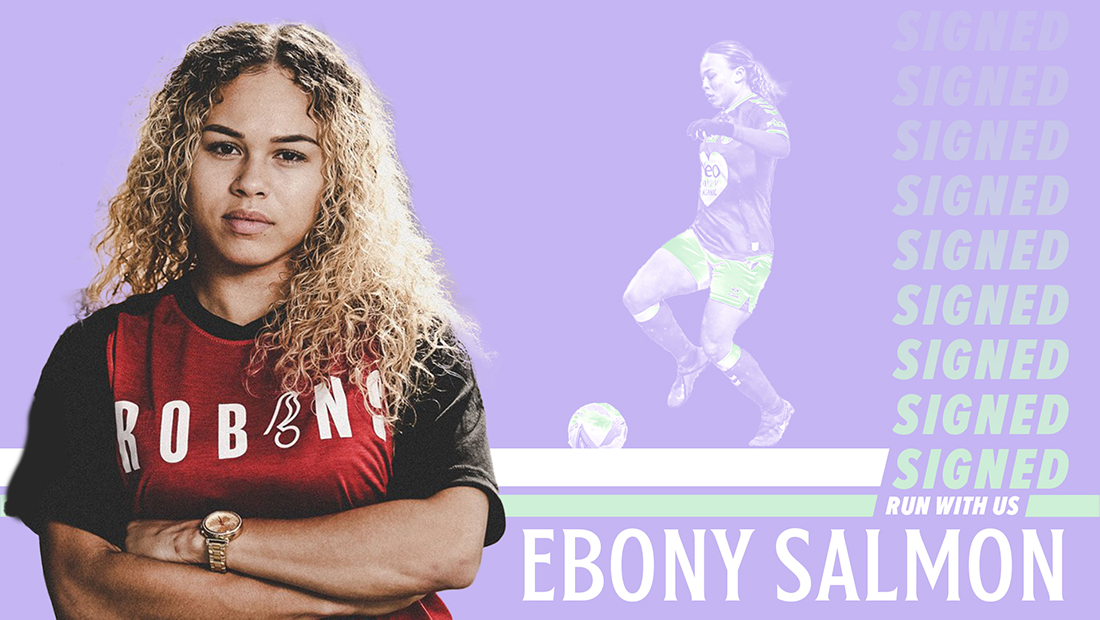 Ebony Salmon, an emerging forward who recently received her first call up to England’s national team, will continue her career with Racing Louisville FC, the club announced Thursday.

Salmon signed a two-year contract to play for the National Women’s Soccer League expansion side, which opens its inaugural season at 5 p.m. Saturday when hosting Kansas City at Lynn Family Stadium. Salmon will move to the United States and join Racing upon receiving her visa.

A 20-year-old who came up through the Aston Villa Academy, Salmon starred during the 2020-2021 FA Women’s Super League campaign, numbering a team-leading 6 goals to go with an assist. Bristol City named her its Women’s Player of the Year just before the season’s end.

“We are proud to welcome Ebony to Louisville,” said Racing’s head coach, Christy Holly. “Our team worked very hard to secure her signing, as we know she is one of the best young talents in the world and was so well developed by the coaches at Bristol. Even at such a young age, Ebony has already proven to be a dangerous player and one that can have a very big impact upon our team.

"We feel there is a strong alignment between Ebony’s ambitions and those of Racing Louisville.”

Having graduated from Aston Villa’s academy to the first team in 2017, Salmon bagged 7 goals that year across 12 appearances in the FA Women's Super League 2. The following season, Salmon signed with Manchester United, which loaned her to FA Women’s Championship member Sheffield United. There, Salmon added 7 more goals to her resume.

Salmon moved to Bristol City for the 2019-2020 campaign. She led the club with 5 goals, including the only tally in a 1-0 away victory Jan. 5 over her former club, Manchester United, to mark Bristol’s first victory of the season. In addition to her WSL accomplishments in 2020-2021, Salmon helped Bristol City to the FA Women’s League Cup before a defeat to powerhouse Chelsea.

Internationally, Salmon has represented England at both the U-17 and U-19 levels. While wearing the captain's armband for the UEFA Women's U-17 Championship in 2018, Salmon registered a hat trick against Italy to secure her team a place in the knockout rounds. In February, Salmon received her first senior national team call up and cap when she subbed on in a victory over Northern Ireland.

“I am so excited to be joining Racing Louisville," Salmon said. "After several conversations with Christy, it is clear to see the huge ambitions of this club, and I can’t wait to be a part of it. A move to the NWSL is going to be completely different to what I am used to, but at this point in my career I think it is the right opportunity and environment for me to push on and thrive."

Salmon, who will wear No. 9, adds to a Racing Louisville attack thus far led by Cece Kizer, who scored 2 goals and added an assist during the NWSL’s preseason Challenge Cup tournament. This signing marks the second for Racing from the Women’s Super League, adding to the club’s recent acquisition of former Manchester City defender Gemma Bonner.