Milliet looks the part of a ‘bonafide NWSL midfielder’ for Racing

She played behind some of the world's best at her former club, NC Courage. 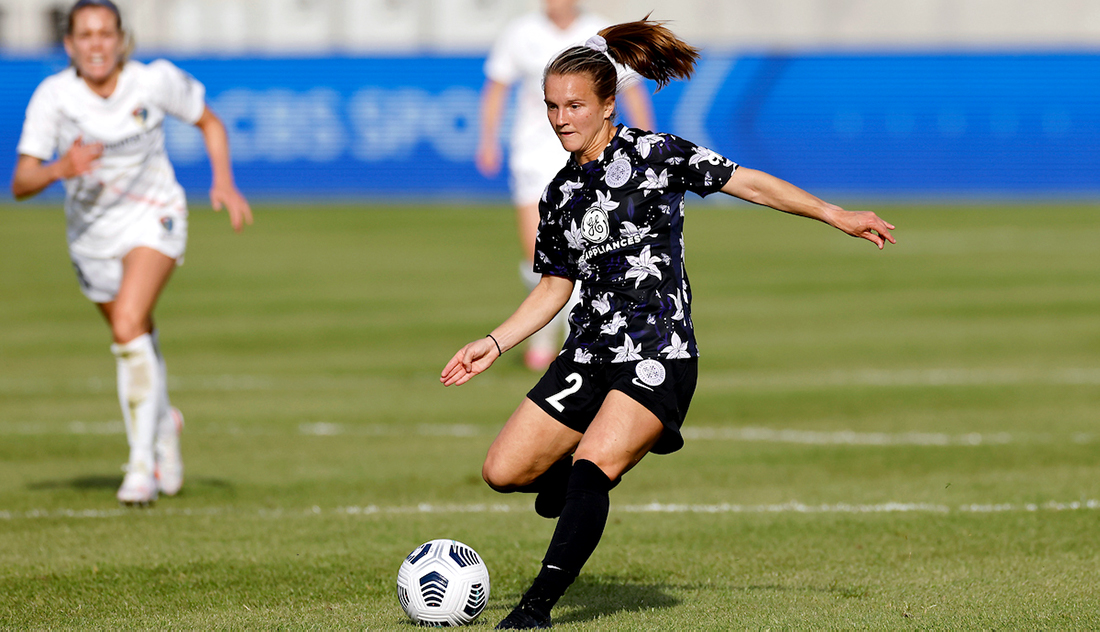 Racing Louisville FC’s Lauren Milliet, originally drafted in 2019 by the North Carolina Courage, arrived to her former club amid its run of three straight shields and consecutive NWSL Playoffs championships — a slew of trophies earned much thanks to a stacked midfield.

Two prominent players who have since moved on from the Courage, Sam Mewis (Manchester City) and Crystal Dunn (Portland Thorns FC), rank among the best in the world at what they do. Attacking midfielder Debinha might well be the best in the world in her role. And Denise O’Sullivan, perhaps built more in the mold of a player like Milliet, has stretched her pro career going on a decade.

Speaking after Racing’s recent 3-2 defeat to North Carolina, Courage coach Paul Riley said it’s best for a talented player such as Milliet to move on after two years without a normal starting role. Milliet made 10 appearances for the Courage while learning under those aforementioned midfielders.

“It was time to make her own career now,” Riley said.

Milliet is doing just that with Racing having started each of the club’s NWSL Challenge Cup games, emerging as a box-to-box midfield presence. The Durango, Colo., native is seemingly getting better each appearance, too.

In Sunday’s scoreless draw at NJ/NY Gotham FC, Milliet numbered multiple tackles, blocks and interceptions defensively. She also paced her club with four shots attempted, trying to jumpstart the attack with some tries from distance.

“I definitely learned a lot from the midfield from the NC Courage,” Milliet said.

There, she featured more as a No. 10, working with her back to the goal. In a more central role for Racing, Milliet has focused on playing the ball quickly through defensive lines to create chances. Sometimes, as with Sunday, she finds herself in a position to finish some, too.

“Obviously, I’d like to put them on frame, not to the moon,” Milliet said with a laugh. “…I wanted to be a little bit more selfish. We talked a lot about shooting this week. I found myself on the top of the box a few times and thought I’d take a rip. It is what it is. Next time I’ll try to put it a little bit lower.”

Milliet, who has totaled 353 minutes on the pitch for Racing, is a 90-minute performance away from eclipsing her season total last year with the NC Courage across the inaugural Challenge Cup and Fall Series.

“I think she’s come in and she’s done absolutely fantastic,” said Racing’s head coach, Christy Holly. “One of the big things we wanted to try and continue to add to her game is the defensive awareness…She’s finding herself present at both ends of the field. I couldn’t be more proud of the growth she’s shown.”

Racing defender Kaleigh Riehl, as with Milliet, was selected by the club in the 2020 NWSL Expansion Draft. Riehl described Milliet as “an engine” for the club.

“She’s always fighting, and she’s scrappy,” Riehl added. “She’s a big part both defensively and offensively for us. She does a lot of the dirty work that is often overlooked. I have so much trust in her that she’s always going to be there and help us out.”

Riley's side faced Milliet for 83 minutes last month. After the final whistle, the coach made it a point to tell his former player how proud he is of what he'd just seen.

“She’s still improving and continues to improve,” Riley said. “She looks like a bonafide NWSL midfielder now, and that’s what we want.”