Costello: What we learned from Racing's loss to NC Courage

Run down takeaways from a 3-2 Challenge Cup result from Lynn Family Stadium. 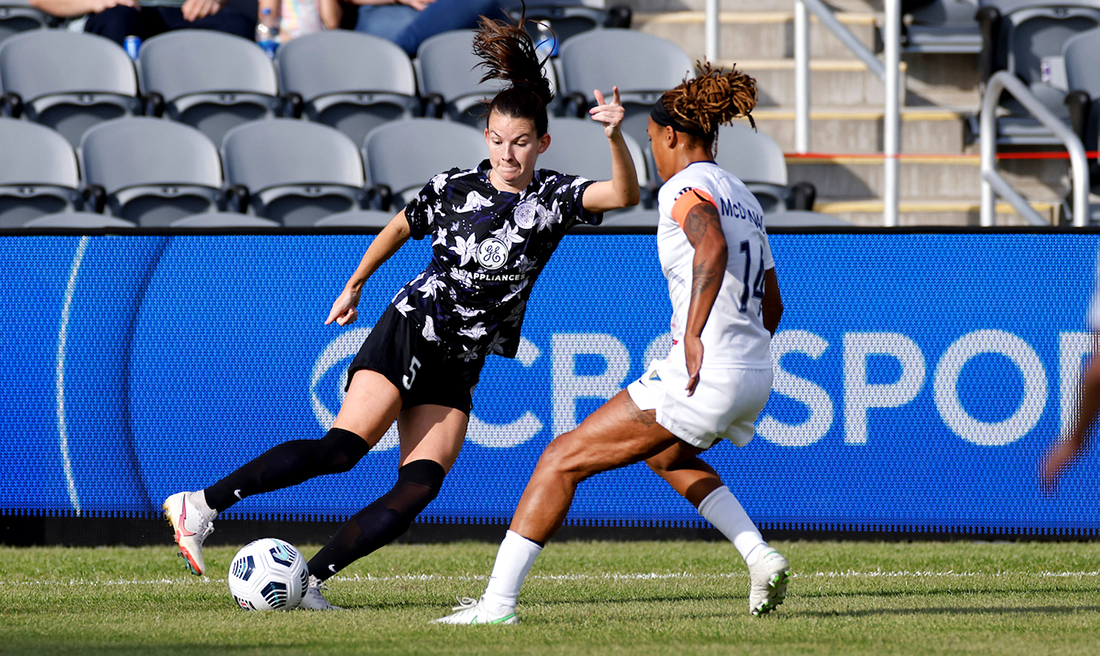 Racing Louisville FC played its second and final home Challenge Cup game Monday at Lynn Family Stadium. Although it ended 3-2 in favor of the visiting NC Courage, Louisville supporters have positives to pull from the contest.

Kizer good for more than goals

In Louisville’s inaugural match, the franchise’s first goal scorer put Racing up early in an April 10 game against the Orlando Pride. Back second out versus Washington, she didn’t make it into the box score but put pressure on the Spirit defense. NC Courage saw a complete performance by Kizer.

“We love CeCe. We think she’s a little bit of a hidden gem,” Racing coach Christy Holly said. “There’s no doubt in the quality that she has. I think there’s even more to Cece. We’re looking to tap into that.”

The Ole Miss alum got Racing onto the scoreboard in the 24th minute. She converted a perfectly-placed cross by Erin Simon, giving Louisville the lead.

Throughout the night, Kizer made threatening runs into the box and sent dangerous crosses into the Courage penalty area. The most dangerous one arrived in the 75th minute. Down a goal, Kizer sent in a pass to substitute Jorian Baucom to level the match.

“Leader on and off the field. She comes in and she’s hungry for goals,” Baucom said of Kizer. “She’s doing what she came here to do.”

Kizer’s status as a “hidden gem” is becoming much more visible. In three matches she has tallied her first two NWSL goals and an assist.

Entering Monday, Racing had scored two goals off a counter attack and set piece. Against the Courage, the club’s patience grew around the 18-yard-box.

Early on, Louisville managed to keep the ball in its offensive half, with a second line of players ready to pounce on deflections. It was defender Erin Simon, from that second line, who created the first goal of the match.

When NC Courage took the second half lead, Racing responded with more sustained attacking. Holly shared with the media that he thinks the team can do much better in the offensive area, but all Challenge Cup he’s also stressed incremental improvements. Some of that was evident Monday.

Another subtle change saw top 2021 NWSL Draft pick Emily Fox with more freedom to move. Fox has an assist and a number of defensive highlights from her first three games as a pro, but against the Courage the right back tended to dribble into the central and switch the field on the Courage.

Depth could be a strong point

The 2021 NWSL calendar is still in its early stages with Racing three games into a season that will include at least 25 more — one more Challenge Cup outing before the full campaign starts on or around May 15.

When Racing needed a boost trailing against the Courage, it replaced tired legs with young subs who showed their value.

In the 70th minute, forward Katie McClure and defender Julia Ashley came on. Both created chances for Racing within minutes. Ashley, making her NWSL debut, sent a creative pass into the penalty area and McClure had a chance to tie soon after appearing.

“When I come on it’s to be a game changer,” Baucom said. “Make the most out of these minutes. Work by butt off.”

Although Ashley was credited for the 84th-minute, game-winning own goal for the Courage, it happened when she hustled to make a defensive play. On a tough angle, Ashley tried to clear the ball off the goal line. It was destined to go in with or without Ashley’s touch.

Even that negative has an underlying positive, showing how Holly’s side plays both sides of the ball and competes for the entire 90 minutes. Having strong performances off the bench could be a signature for Racing this season.