The equalizer against NC Courage was also her first NWSL goal. 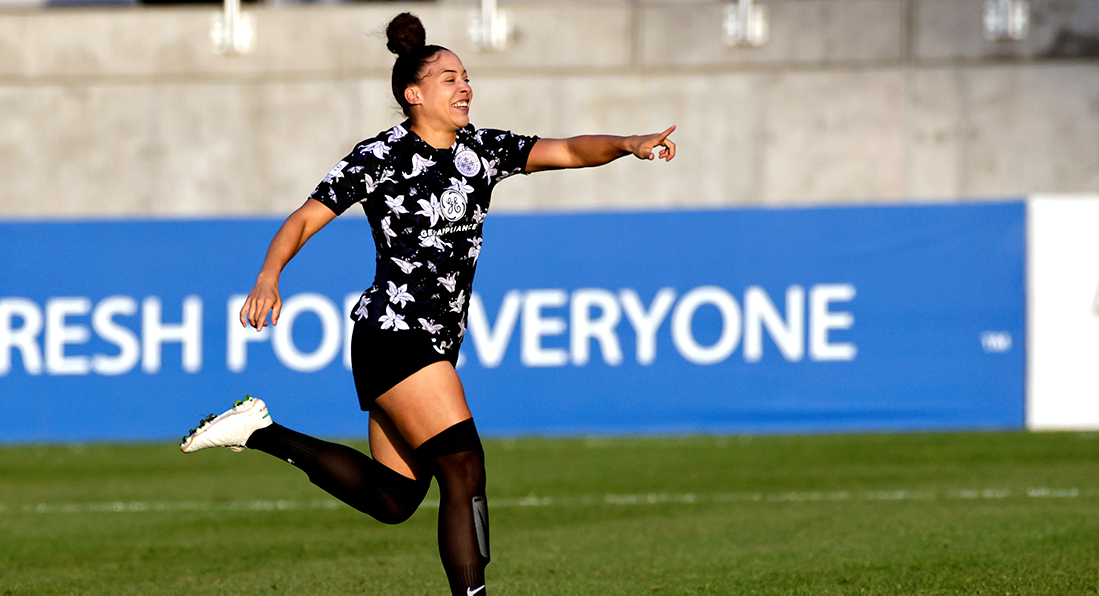 That starts with the 75th minute, seconds after forward Jorian Baucom subbed on for Racing. Teammate Cece Kizer crossed, and with a flick Baucom finished for her first NWSL goal.

Baucom, who didn't touch the ball before scoring, was among a select group of players signed to contracts out of Racing’s preseason.

Other notables from Monday…

-In her 25th NWSL appearance, Kizer registered her first NWSL assist and also netted a 24th-minute goal on a header.

-That marked Kizer’s second goal in three games. She also opened scoring in Racing’s other home game, an April 10 draw with the Orlando Pride.

-Erin Simon, who assisted Kizer, made that her third in the NWSL.

-Goalkeeper and captain Michelle Betos made her 55th league appearance.

-Savannah McCaskill, a standout last season with the Chicago Red Stars, has featured in 10 Challenge Cup games over its two years.

-Kaleigh Riehl, the lone change in the starting lineup, made her first appearance for Racing along the back line.

-Subbed on, Julia Ashley marked both her NWSL and Racing debuts.

“We need to trust ourselves a little bit more, because we are so much better than what we’ve shown these last three games. I would like to see a little bit more control in what we are doing, but ultimately the glaring lessons that would be considered in the last six minutes of every game.”

“Our team environment and chemistry are next level. I immediately wanted to sprint to the bench and sprint to my team. It was just an awesome first goal in the league to experience that with the club.”

“Our focus is on having that relentless mentality in the box, finding goals, and carrying ourselves high because we know we are a good team with potential. We are young and still getting experience but are very excited on how this season is going so far.”